Here are some random photos that have been accumulating over the last few days.

Sometimes, when conditions are just right, we get fog rainbows.  The morning fog must be burning off just when the sun is at a certain angle.  I never saw a fog rainbow before moving to Idaho, but we've seen them several times here. 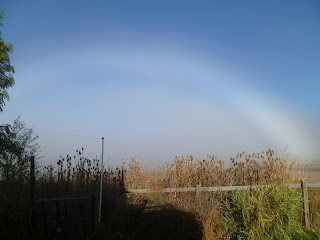 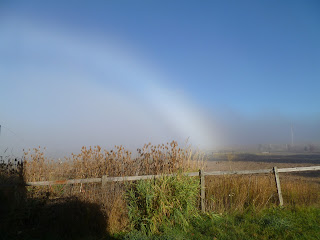 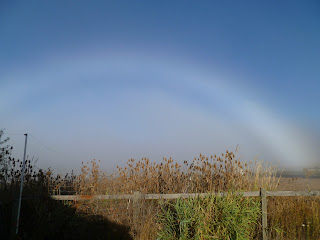 Sun shining through the Virginia creeper leaves.  The fog is the remnant of the fog which formed the rainbow above. 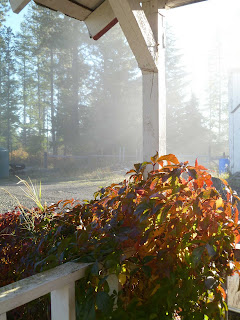 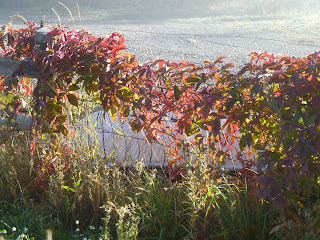 And the last of the fog burns off... 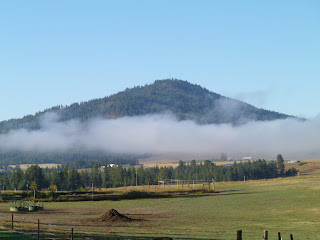 After last week's adventures in pelicans, I noticed a bunch of Canadian geese were using the same reed island.  Must be a popular place! 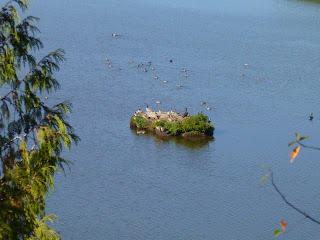 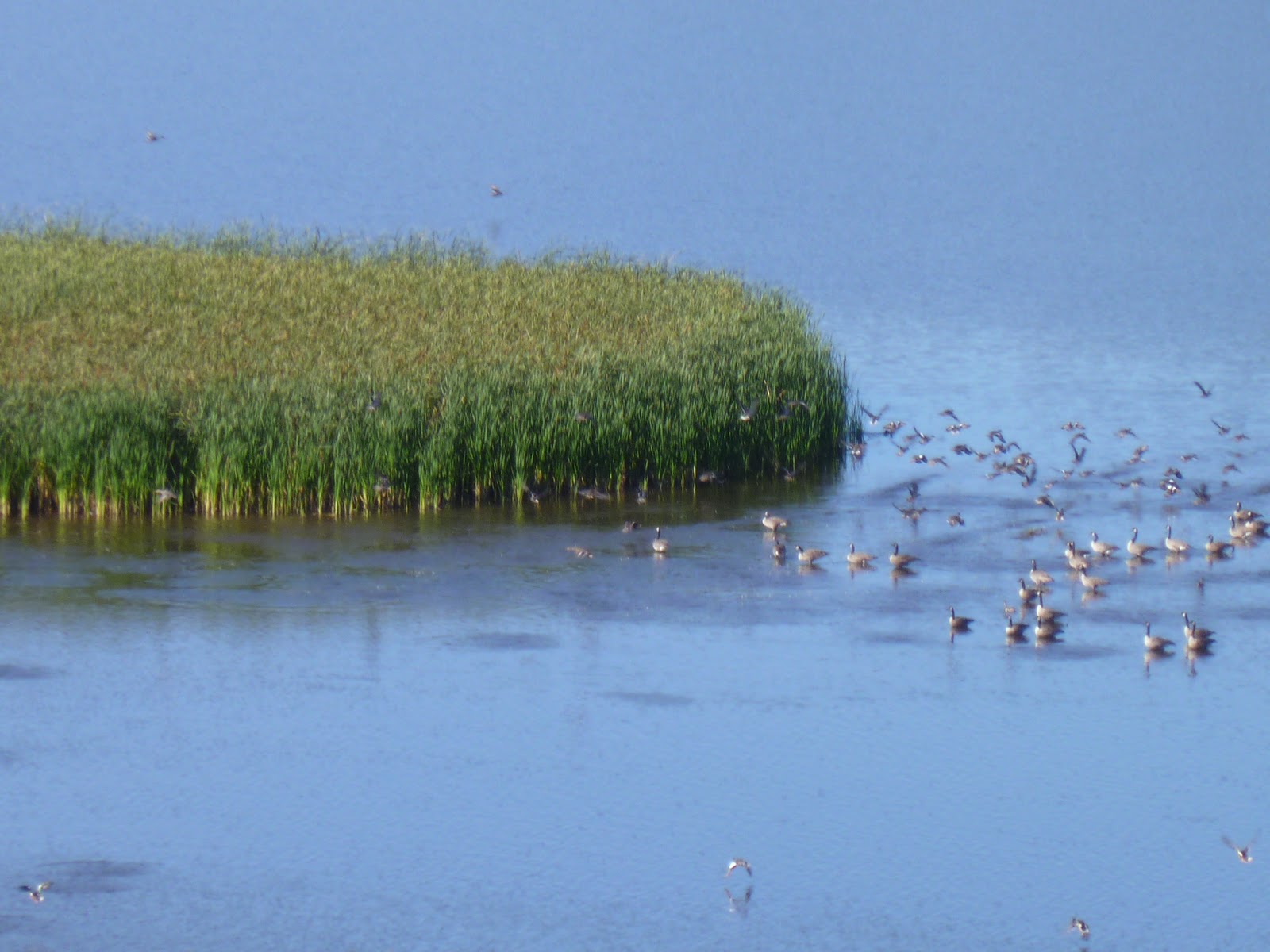 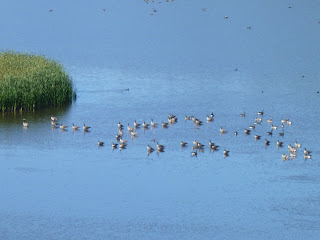 More field burning.  Looks alarming but it's under control. 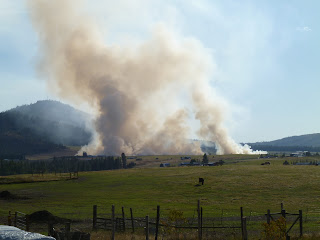 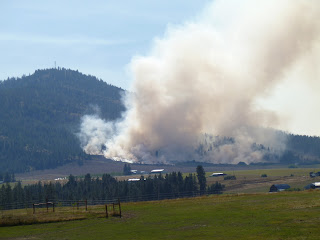 The newly-planted wheat field in the setting sun. 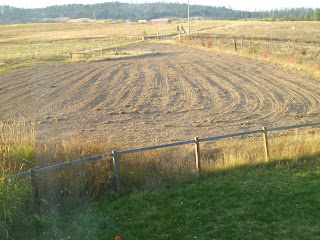 Younger Daughter and her friend Miss Calamity having a snack on top the hay bales. 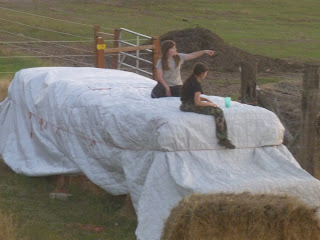 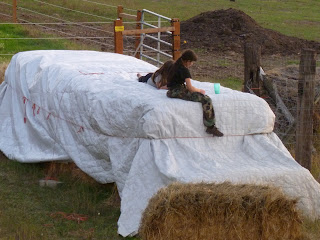 We heard a huge commotion yesterday morning and learned that one of the chickens got into the yard with the dogs.  She made it out but lost a lot of feathers! 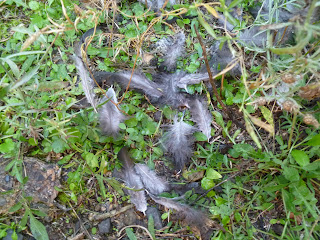 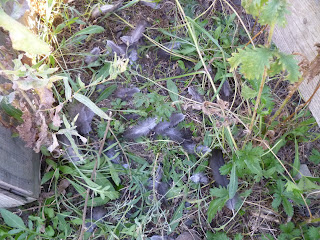 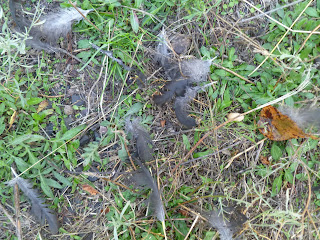 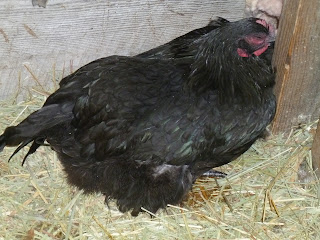 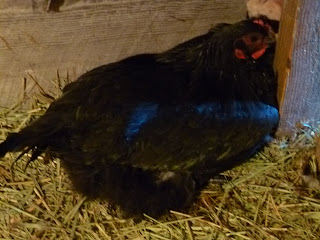 Some giganto-mushrooms we found growing in the corral.  Anyone know what type they are? 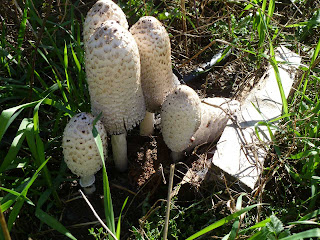 Here's my visor next to them for a size comparison. 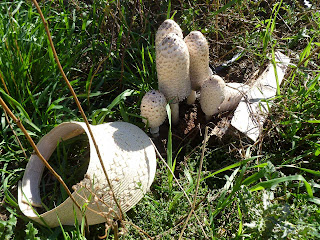 Rotten.  Spoiled rotten.  That's what she is. 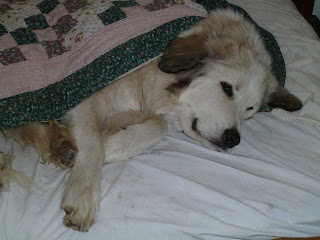 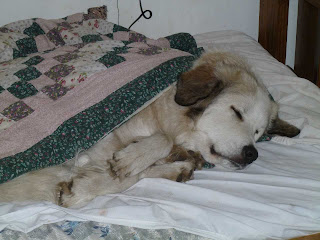