Yes, that's a giraffe.  Sort of.  These shots were taken in Spokane the other night when the girls and I got home late.  We stopped at a traffic light which had a used car dealer on one corner.  This car dealer's "schtick" was to put an enormous stuffed animal on top each vehicle.  It is certainly eye-catching!  And, at dusk, surreal. 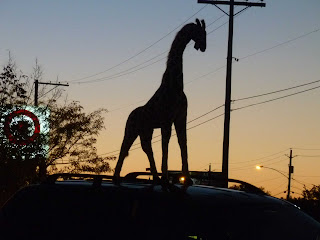 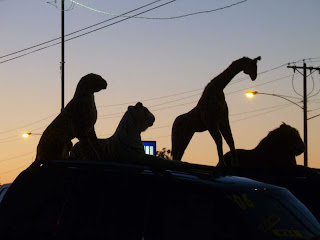 But they're hard to photograph because they flit away when you get too close.  So I set the camera on maximum resolution and just took some shots, hoping I could crop them and see the birds more clearly.  Not the best option, but at least they're visible. 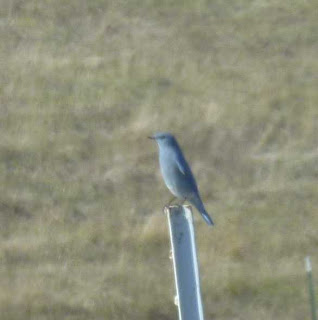 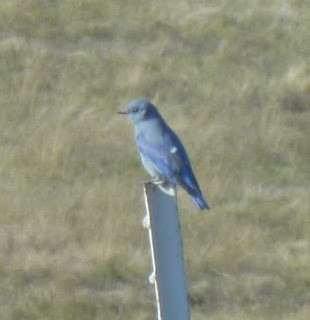 We were driving past the lake the other day when I noticed a huge collection of coots.  They tend to gather in clusters in the fall, and this cluster was enormous - I'm guessing several thousand birds.  So I pulled over to see if I could photograph them.  Not the clearest shots, and I couldn't get them all in one photo because they were strung out in a long line.  (It's the thin black line on the water below.) 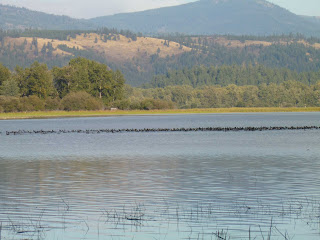 We also noticed this funky fungus growing on a tree.  Anyone know what it is? 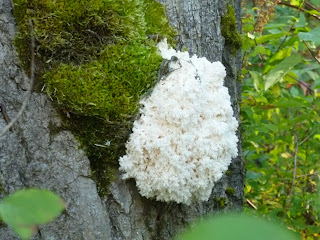 Posted by Patrice Lewis at 7:35 AM