How to live a simple life 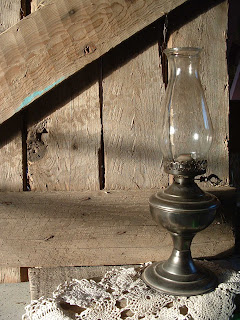 Here’s a question for you: When you hear the term “simple living,” what flashes through your mind?

I confess I get a kick out of reading “simplicity” books, largely because I find them so misguided.

Take the following example, borrowed from a book which shall remain unnamed. This passage is under “Get rid of your anger.”

Granted, getting rid of your anger could indeed simplify your life. But how does this author recommend doing so? Well, every morning (every morning!) you’re supposed to go into the bedroom, pile your pillows at one end of the bed, and “bow gently to your inner self and to the universe.” Then you’re supposed to beat the holy tar out of your pillows as a “spiritual exercise.” When you’re finished, catch your breath, “come back to your center,” then kneel once more to bow to yourself and to the universe. Voilà.

There have been an enormous spate of simplicity books on the market in the last fifteen years or so, and they’re all rich in stuff like this. Ultimately you’re encouraged to give up your job and spend the rest of your life volunteering for social justice, move to a cabin in the woods (in order to more efficiently commune with nature), eat lots of organic foods, meditate on the “universe,” and master creative and unusual yoga positions.

Do you honestly think eating granola or living in a log cabin or beating your pillows to a pulp will make your life simpler? Maybe a teensy weensy bit, but overall – nope.

Now keep this in mind as we switch topics. The reason this subject is on my mind lately is because of an email my mother just sent me.

Apparently my brother has a childhood friend whose mother just passed away. Very sad, to be sure. But………

“Talk about a dysfunctional family,” wrote my mother, who knows the family. “The mother [the woman who died] met a salesman and started having an affair with him. She and her husband have a very mentally handicapped daughter. The mother would have Al [the father] take care of their daughter so she could go sleep with her boyfriend. Eventually she divorced her husband and married the boyfriend. He [the boyfriend] couldn’t hold down a job. When she met him, he was having an affair with someone else and had been kicked out by his wife. His family is furious at him and refuses to see him…”

Are you confused yet? I know I am. Compared to this woman’s shenanigans, my marriage of twenty years seems almost boringly wholesome. I wrote back to my mother, “My life is so simple.”

And that about sums it up. Simplicity isn’t living in a log cabin or doing yoga. It’s not about eating organic food or getting rid of call waiting. It’s doing things like marrying a good person and keeping one’s marriage together. It’s staying out of debt and living within one’s means. It’s about dealing with the monkey wrenches in life, like having a handicapped child, in a manner that is mature and stable.

In other words, simple living can be summed up in three simple words. Got a pencil? Here they are:

If this twit – may she rest in peace – had resisted the temptation to have an affair (a CHOICE) and instead had poured her energy into her marriage, perhaps she could have passed into the next life without a great deal of explaining to do at the pearly gates. Not to mention having acquaintances indulge in the forbidden pleasure of gossiping about her shortcomings rather than remembering her with admiration.

It’s like my editor who wrote the piece on being a lazy homeschooler. His life is simpler because he CHOSE to raise his kids away from the toxic “socialization” of public schools.

By now you may be snorting with derision at my, well, simplified notions. “How can I live simply in a bad economy? How can I get out of debt if I can’t find a job? How can I work on my marriage if my spouse is the one having an affair?”

You’re right – some things are beyond your control. So here’s a concept: seize and simplify the things that ARE in your control, and work to make good choices within those spheres. If your spouse is the one having the affair and broke up your marriage, then what decisions can you make from now on that will simplify rather than “complexify” your life?

See my point? Not everything is fixable. You may have suffered a horrible trauma in your past or been buffered by the winds of fate and economic forces in the present. You might have picked a bad spouse or refused to take your kids out of public school even when they started hanging with the wrong crowd. But nothing prevents you from making good decisions about your future. That’s in your hands and you can blame no one but yourself if you keep making stupid decisions.

I feel rather passionately about this topic because stupidity is rampant in our society. It’s even encouraged and rewarded. For example, a vast majority of people who are poor are poor because of their lifestyle CHOICES. These include thinks like having babies out of wedlock (A CHOICE), dropping out of school (A CHOICE), doing drugs (A CHOICE), marrying a bad person (A CHOICE), etc.

Lots of people are temporarily down on their luck because of circumstances beyond their control (medical bills, lost job, etc.), but these are usually people who will get back on their feet within a reasonable amount of time. And outside of their present difficulties, their lives may be admirably simple.

But it’s the people who make bad choices, again and again, who have the most complicated lives. These are the people who marry multiple times, father children out of wedlock, abuse a variety of substances, and then wonder why my husband and I are so “lucky” to have a simple life.

Look, we all hit speed bumps in the road of life. We all make mistakes. Everyone is a sinner. No one is immune. No one is perfect. It’s how you handle the big and small choices and decisions before and after those bumps that will determine how simple or complex your life will turn out.

The cheery news is simplicity is within virtually everyone’s grasp. A few attitude adjustments and changes in one’s behavior can go a long way toward making your complicated life a lot simpler.

Write and tell me what those things are. I’m always interested. 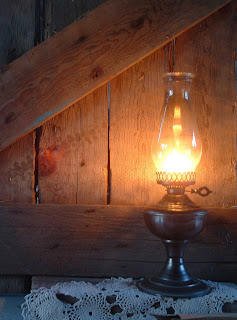 Posted by Patrice Lewis at 6:59 PM