We have been blitzed with unceasing rain.

While sometimes it means rainbows... 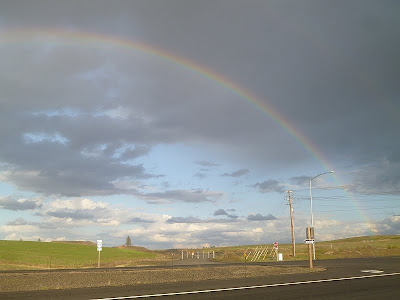 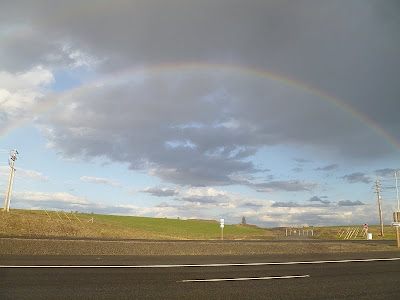 ...most of the time it's just plain gloomy. The wheat field is a soggy bog. 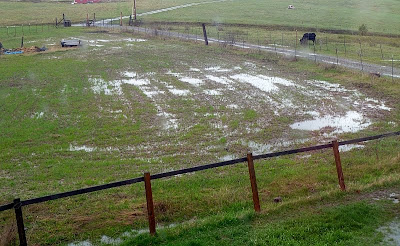 So is the garden. 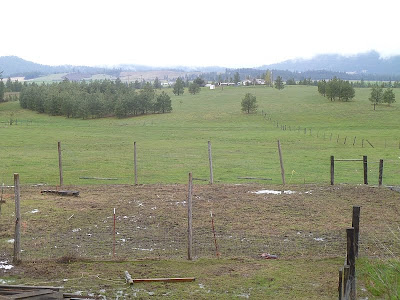 We've had endless discussions on what to do about the garden. If we tried to bring a tractor into that mudpit right now, we'd sink up to the axle. We have tons (literally) of composted manure we need to work into the soil. We need to fence. We need to plow. We need to build raised beds. But we can't do a thing.

Our growing season this far north is very short. We have to be careful to choose only short-season seeds (and yes, they're heirloom). But we've had multiple garden failures due to weather because I keep trying to jump the gun on planting when I should know better by now. Last year, for example, we got fooled into planting corn in mid-May by a brief warm spell. We planted the rest toward the end of May. Then the cold and rain moved back in and the garden literally drowned.

That's one of the reasons we want to put in raised beds. They would at least keep the plants from drowning.

So here's what we've decided to do. We're going to take the long strip of ground where we tried to plant corn last year and manure the heck out of it at the first opportunity. 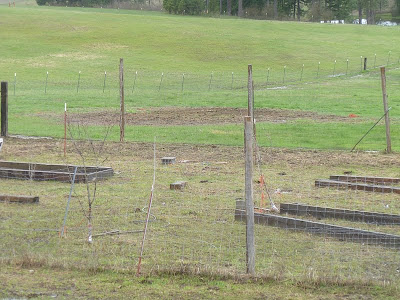 We'll fence this to keep the deer out. And that will be the only garden I have. The rest of the summer will be devoted to getting the infrastructure of the garden done at least. This way we're not trying to do two mutually exclusive things at once -- planting vegetables versus working on infrastructure.

I already have the onions started. Onions have the longest maturity time (120 days) so I needed to get them started as soon as possible. I planted them on April 25. 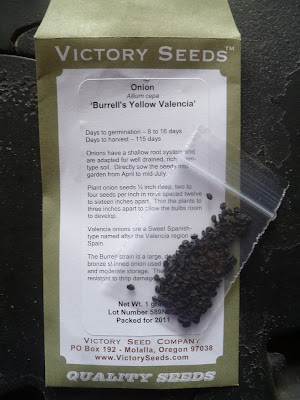 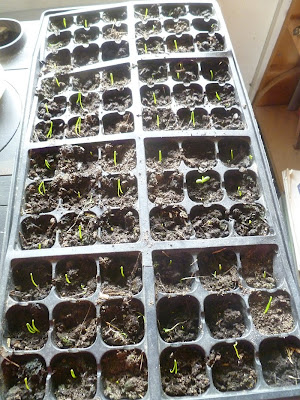 I'll start small amounts of some other plants I want to get in -- corn, watermelon, tomatoes, broccoli, etc. These will all be planted along that one strip (which is about 12x150').

Let's hope this plan works!
Posted by Patrice Lewis at 11:05 AM