Our tractor is down again. (No surprise there.) Fortunately this time it's just the battery, so Don ordered the parts needed to turn it from a six volt to a twelve vote battery system. (Our tractor is a 1949 Ford 8N classic, in case anyone is wondering.)

So some kind friends once again loaned us their modern beauty, complete with a rototiller attachment. Within minutes -- and I mean minutes -- Don had the 12' x 150' strip of garden we'll be planting totally tilled. Wow. 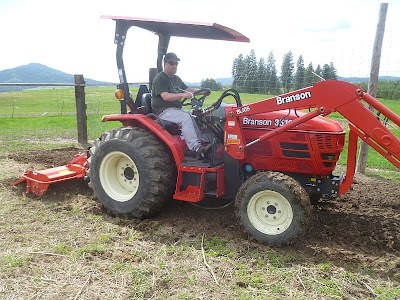 He went over the strip twice. Zip zip! Wow. 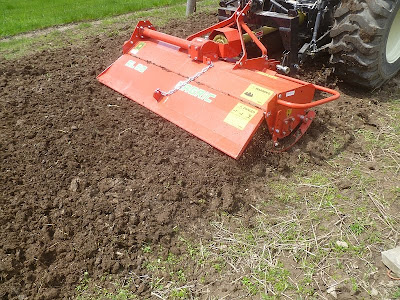 He thoroughly worked in all the composted manure he had dumped on the strip last week. 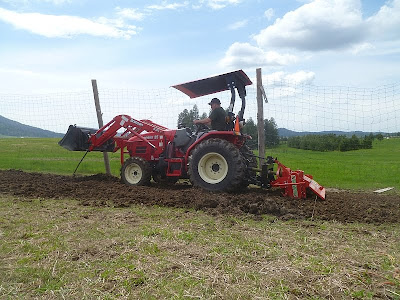 (Meanwhile a neighbor rode by on his horse...) 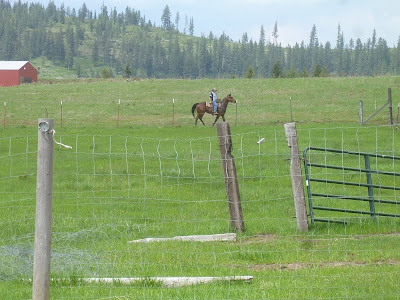 After plowing, Don bucketed more manure onto the garden strip. Quite a bit more, in fact. 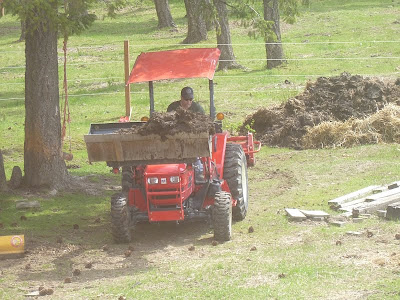 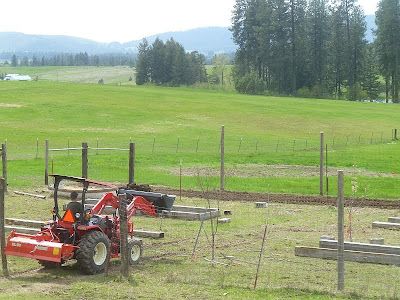 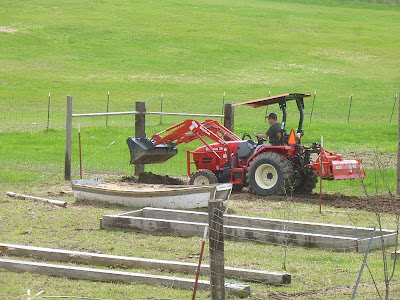 Then he plowed that in too. Now I have a nice fertile strip, ready to plant. (But I won't until June 1. Don't wanna get duped by the current spate of nice weather we're having, only to have it turn cold and rainy like last year.)

After the garden strip, Don turned his attention to the massive beams we moved into the garden last year with the intention of turning them into fruit beds. The tractor died shortly after this (no surprise) so we were unable to move soil into the beds in time for planting. 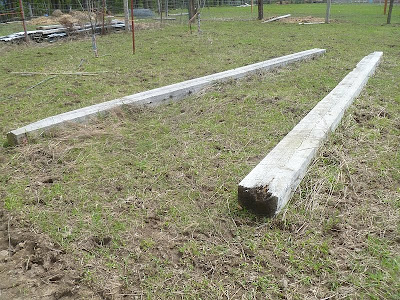 Don used the tractor bucket to shove and tweak the beams into neat rows, ready to box the ends. 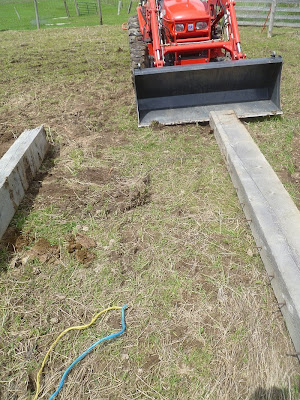 The next step for these beams is to box off the ends, then line them with 1/2" metal hardware cloth (to discourage moles and voles), then line that with newspaper (to discourage the orchard grasses from growing up), then fill with soil and manure. In our copious free time, of course.
Posted by Patrice Lewis at 11:42 AM