One of the stalled projects we wanted to complete last year but didn't have a chance to finish was fruit beds. We needed a dedicated place to put strawberries, raspberries, and blueberries.

So last year (before the tractor died) we managed to heave the beams for the beds into their rough places. Last week we nudged the beams into their correct spots. Yesterday we completed the boxes. Whoo-hoo, progress!

We hauled some long boards into the garden. 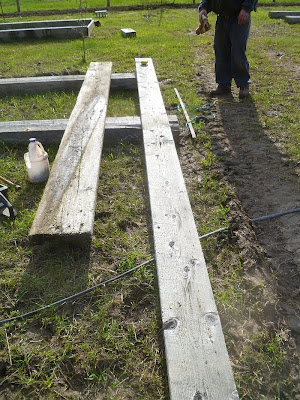 Don cut them into four-foot lengths. 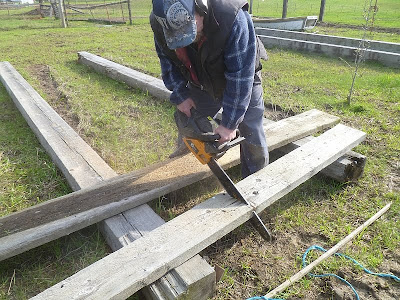 Some of the beams had rotten ends, so he trimmed them. 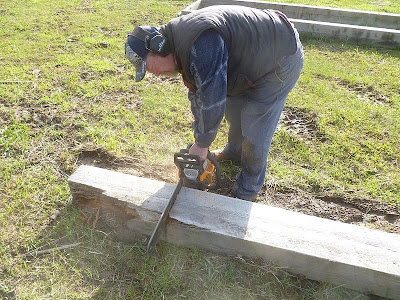 We squared up the beams evenly, then he hammered the end caps in place. 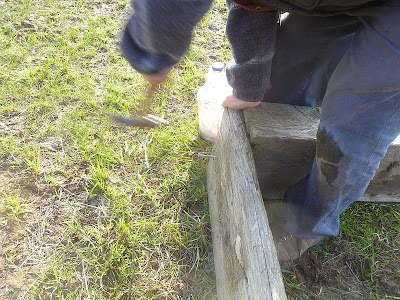 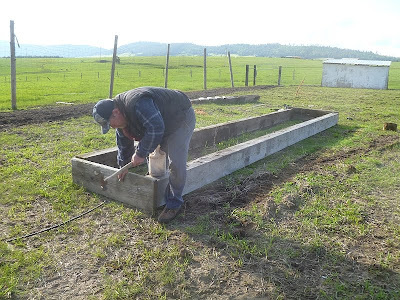 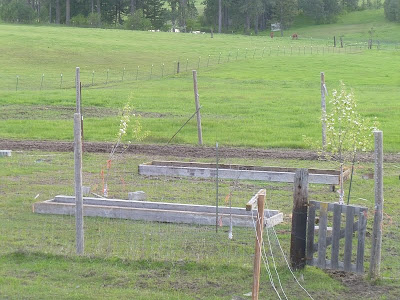 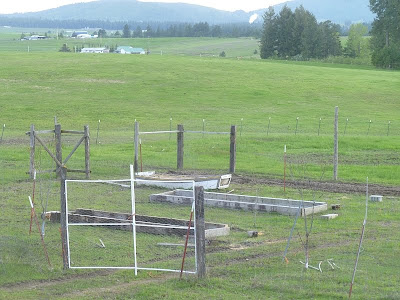 The next step will be to lay several layers of newspapers on the ground in the beds (to keep the prairie grasses from coming up) and overlay that with hardware cloth, of which we bought several hundred feet. We have a problem with moles and voles in this area, so hardware cloth will discourage the little critters from munching our plants from underneath. 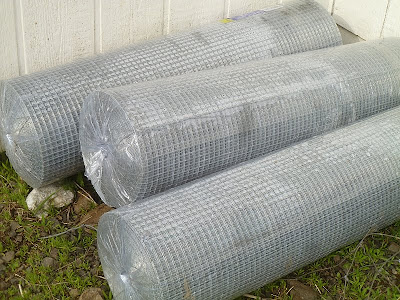 Yesterday we also took a short excursion to buy some antiques. There's a junk / slash / antique cooperative just outside of town that sells an amazingly varied jumble of things for amazingly cheap prices. For some time now we've been coveting such things as extra scythes and other garden implements. They've been closed all winter and opened up for the first time yesterday. So we all piled in the car and took a trip. It's located in a converted old farmhouse with several outbuildings as well as many things just jumbled and scattered outside. 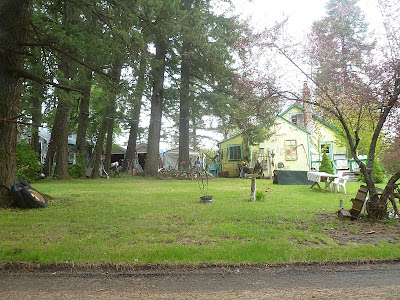 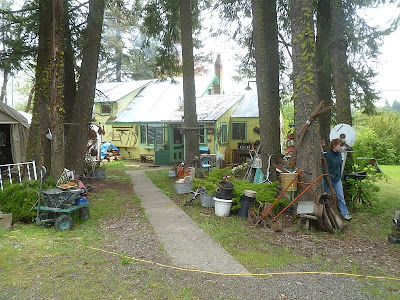 Here, for example, is one of the outbuildings. It's a treasure-trove around this place -- you never know what you'll find. 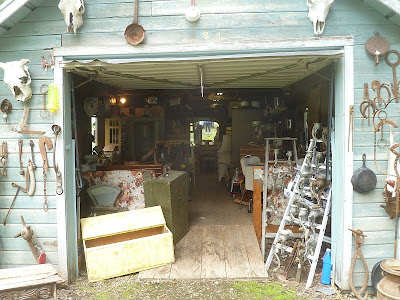 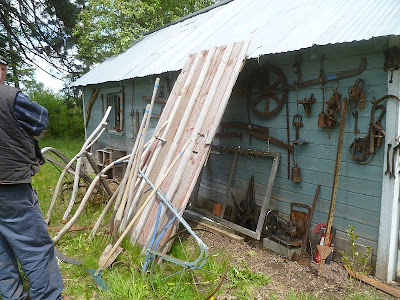 It was kind of funny -- the sellers didn't expect us to actually use any of the things we bought -- they thought we were just planning on (cough) hanging them on the wall for decoration. Wrong! How else are we going to harvest the wheat field except with scythes? 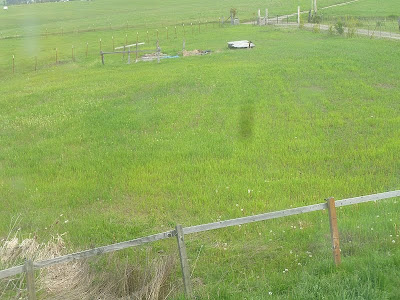 Posted by Patrice Lewis at 8:43 AM