As the release date for The Simplicity Primer gets closer (June 7), things are speeding up as far as doing stuff.

A strange thing happened last week: I got a heavy package in the mail. What could it be? 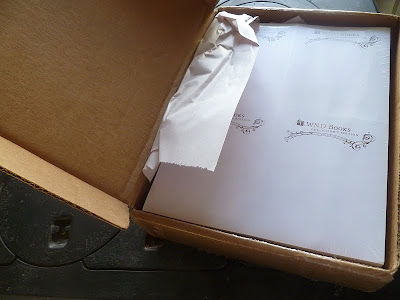 Serious groan. It turned out to be more bookplates to sign. What could this mean? I had already signed 2000 of the durn things back in February! I was confused enough that I called the distributors (whose contact info was in the cover letter).

I was told that the WND Superstore, which is selling autographed copies of the book using the book plates I signed earlier, was already running low enough that they wanted to get the ball rolling to have more book plates available when needed. There wasn't a huge rush to get them back, I was told, but nor should I dawdle.

Well! That was the good news! The bad news is there are 1000 sheets perforated into quarters, meaning I have to sign my name 4000 times...!

So anyway, things were suddenly rolling. I gave our pastor -- who inspired a lot of stuff in the book -- a copy, of course. Next thing I know he's announcing the book to the entire congregation, which gave me a warm round of applause. (I love our church.)

Then our local weekly newspaper called and wanted an interview, which they splashed over a half page (remember, this is a small town). It was a very nice write-up. 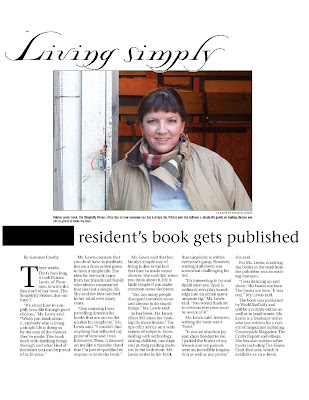 And I got a VERY sweet email from my mother. "Damn, I can't put it down!" she wrote. "It's really good." My first review!

A friend of my husband took the time to make a beautiful hand-crafted note of congratulations that touched me deeply. This goes on my wall! 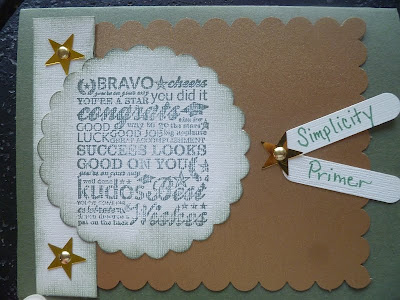 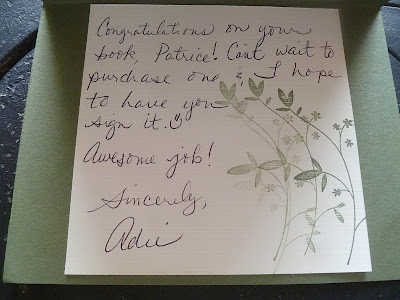 Meanwhile, we went ahead and ordered 200 author copies (on which I receive a 75% discount) for personal sales at events where I might be speaking. 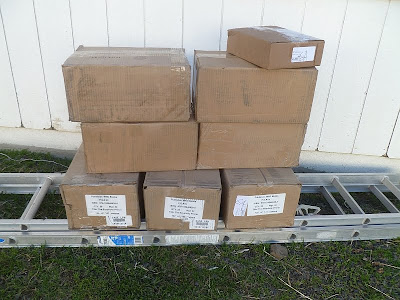 This was well and good until we (gulp) got the bill.

I hope they're patient 'cuz it's gonna take us awhile to get the dough to pay it.

I'm almost done putting together a website for the book, which I'll post as soon as we get the name registered. Stand by!
Posted by Patrice Lewis at 8:41 PM