IN but not OF

I read the sermon texts in church this morning. I enjoy doing this because there's something so majestic about reading Scripture out loud.

The second reading was from Acts 2. As I read, this line leaped out at me: "With many other words he [Peter] warned them; and he pleaded with them, 'Save yourselves from this corrupt generation.'"

I'm a history buff, so I'm fully aware that virtually every generation throughout the ages has been called corrupt by someone (usually the elders). And the elders are generally right: every generation has its degree of corruption. We are certainly no exception.

Some groups have taken these words to their literal end and created an entire subculture divorced from "the world." The Amish are a classic example. But we are not Amish and are unlikely to find such a group anytime soon. But that doesn't mean we're helpless against the tide of cultural depravity we see around us. 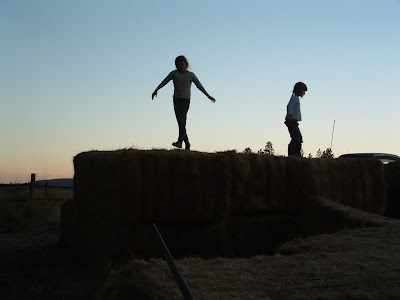 Don and I have a responsibility to make sure our daughters are saved from this corrupt generation until they're old enough to make their own decisions. To this end, we try to make sure our girls are raised IN but not OF this world.

What does that mean, IN but not OF? The way I see it, it means we're involved in our culture and community, but we do not necessarily adopt its values.

Up to this point, this has been a totally unconscious decision on our part. In fact, I never gave it much thought before. But in retrospect I realize we've been IN but not OF for, oh, about eighteen years now. That's when Don and I decided to give up our easy and well-paying jobs in the city and move rural. That was the first step.

Over the years as our daughters have grown, we've deliberately chosen to keep them out of government schools. Possibly more than any other decision, that has been influential in keeping their characters decent and moral. The rest has been fairly easy. Honestly, it has. We're fortunate that the kids are not "difficult" (and I use that term in the clinical sense; some children are born more "difficult" than others), but for the most part raising decent kids is remarkably easy. All you have to do is withdraw from being OF the world. 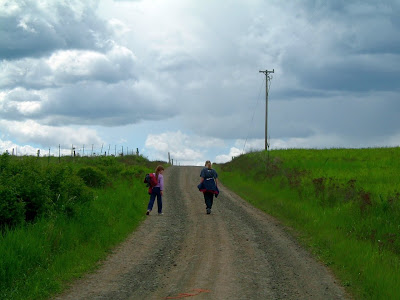 By no means am I saying that urban public school kids all turn out bad or that rural homeschooled kids are perfect. Please don't misunderstand. What I'm saying is that -- for us -- being rural and homeschooling has made it remarkably easy for our children to adopt the values we hold dear.

This isn't to say the girls will leave the nest and thereafter live perfect lives. Far from it. In their adult years they will have numerous head-on collisions with the real world which will be in direct conflict with their values. Things will not seem as black and white as they do now. They will experience all the gray areas that make up our culture.

What I'm saying is, they'll have in their possession the toolbox we've tried to create for them. The tools in that toolbox built the foundation of their world, and include the morals, faith, values, and choices we've made since their birth. As they become adults, they will have those tools at their disposal to build their own foundation.

As adults, our girls will be living IN this world. They have no choice, of course; we must all live in this world. And for the most part it's a beautiful world and I hope they enjoy it as much as Don and I do. 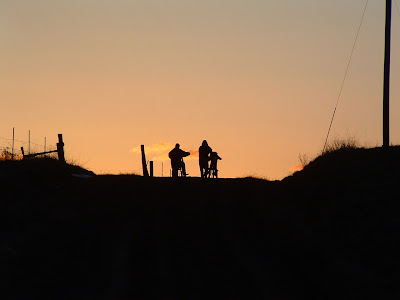 We can only hope they will choose to stay OUT of this world in other respects.
Posted by Patrice Lewis at 2:05 PM