Older Daughter and I went into Coeur d'Alene today for a day of running errands. As we started to head for home, we saw a heavy plume of smoke over the mountains. Unlike the years we lived in Oregon, this didn't cause us heart-stopping fear because August is when the local farmers burn their fields.

Field burning has been banned - with justification - in many areas, but is still legal in our county.

We drove closer and closer to the smoke: 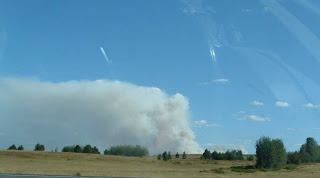 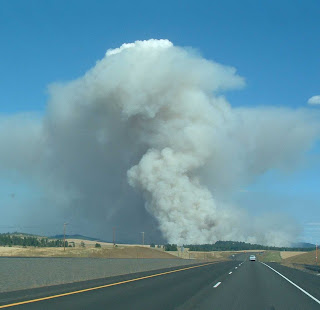 Here the smoke is mushrooming over a small town of about 200 we passed through... 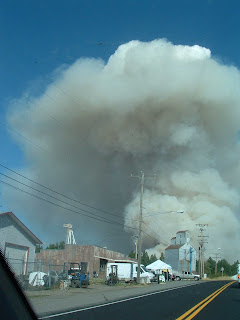 We got to the point we were passing the spot they were burning, and on impulse I turned off the highway toward the burn. 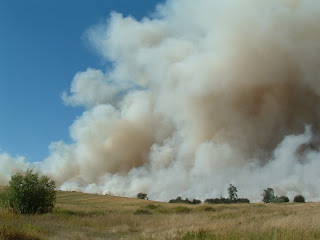 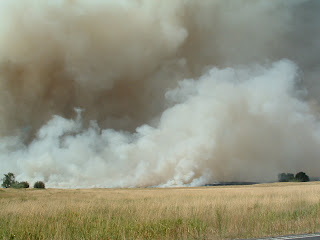 In the foreground you can see the blackened ground, from which the crop residues have been burned away. 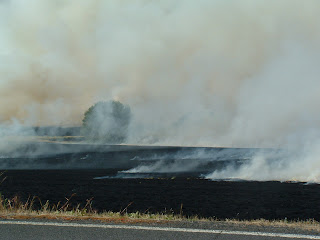 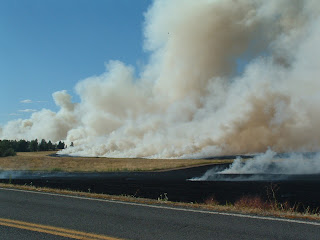 The smoke got thicker and thicker. 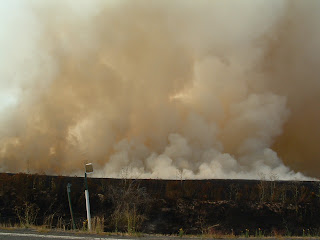 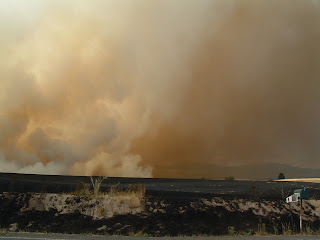 With the permission of one of the farmers supervising the burning, we turned onto a side road and plunged right into the smoke.  Oy! 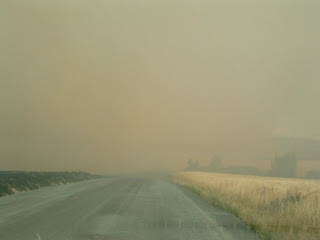 Here's the sun shining through: 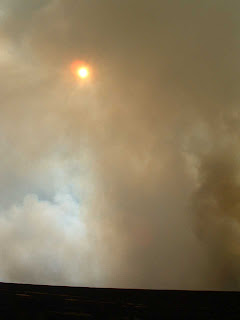 Suddenly the wind shifted and blew the smoke right over us.  Oh my goodness, we were completely blinded.  Charred bits of grass blew across the windshield.  I know field-burning has caused fatal multi-car pileups on highways in the past (which is why it's been banned in most places) and after this it was easy to see why.  We literally couldn't see more than five feet ahead of the car.  I had to turn around on a narrow gravel road (doing one of those "eighteen point turns") and hope no one was going to barrel through the smoke and broadside us. 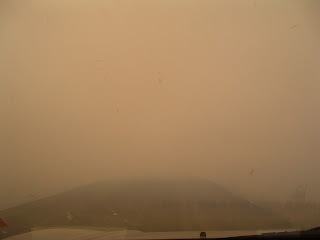 It was a relief to drive out of it, that's for sure! 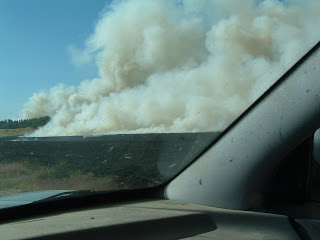 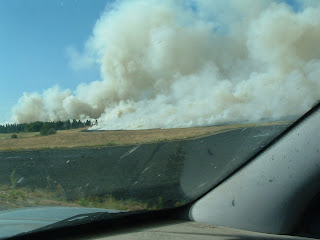 If you spend any time in the western half of the U.S., you live in constant fear of fire.  When we first moved to northern Idaho, it took me awhile to get over that jump-out-of-your-skin feeling upon first seeing smoke.  Here there may be fire, but thankfully it's tightly controlled.  Field burning rarely gets out of hand.
Posted by Patrice Lewis at 7:24 PM