Last Friday we picked up Older Daughter from summer camp.  She was (and remains!) happily exhausted after a week of early morning "polar bear" swims, treetop adventures, and other summer camp activities. 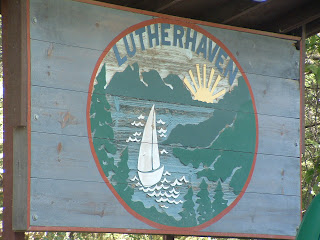 This is an old established Bible-based camp that has been wildly popular literally through generations. 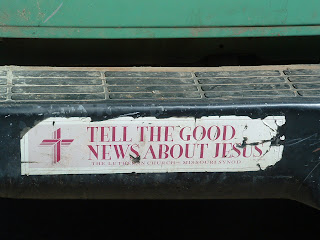 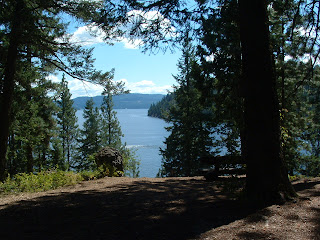 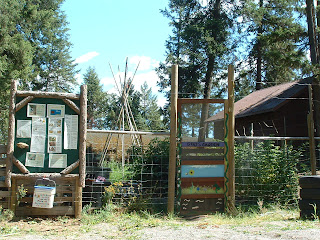 An outdoor amphitheater where skits and plays are acted out: 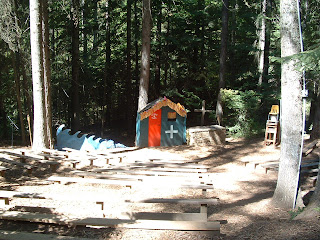 This year Older Daughter's group camped in tents in a clearing near the lake. 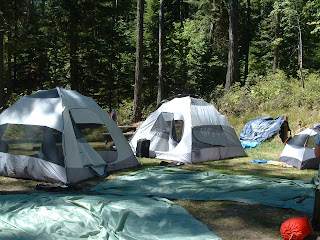 There was this nifty gizmo that looked like an underground oven, but O.D. said they never used it. 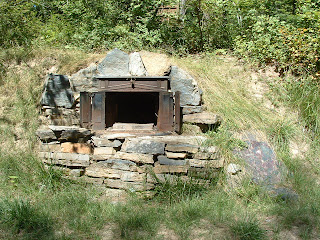 The path leading up to the main part of the camp was beautiful. 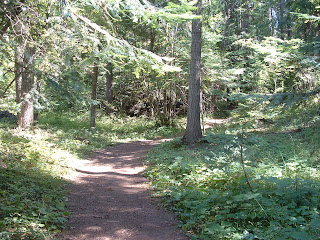 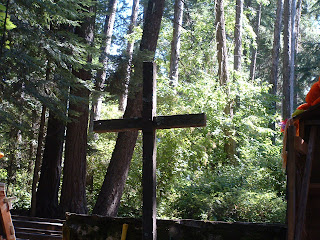 Now that O.D. is older, her group got to experience some of the more adventurous activities, such as the climbing tower: 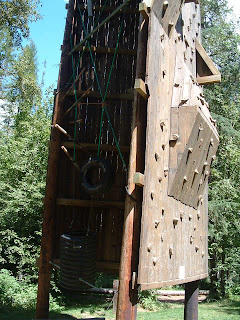 And, best of all, the "high ropes" - treetop climbing activities that thrilled the teens and would have scared the moms (had we been there).  Older Daughter has been talking about little else but the thrill of the high ropes.  Not to worry, all the kids were suitable harnessed before going up.  Phew! 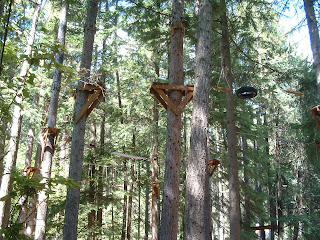 This gives you some idea of the scale of these gizmos.  Both daughters are at the base of the tree. 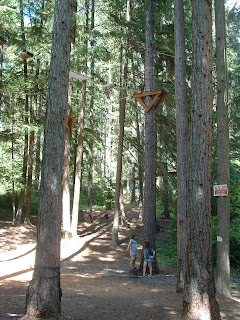 All in all, a wonderfully fun week for Older Daughter - though she says she's glad to be home! 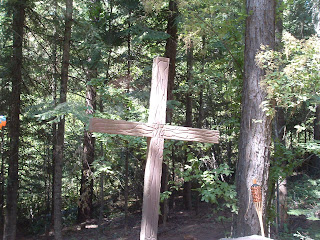 Posted by Patrice Lewis at 8:05 PM