We have an elderly neighbor who has one of the greenest thumbs I've ever seen. Every plant she touches grows, and grows beautifully. This is in direct contrast to me, where every plant I touch struggles to stay alive.

Anyway, this lady has an amazingly prolific raspberry patch. The berries were getting away from her, so she invited us to come pick some fruit. I wasn't about to give up an opportunity like this! 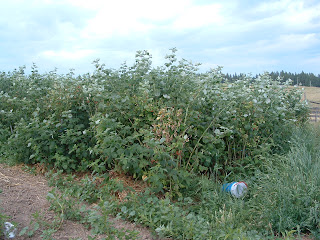 When we arrived at her farm, I was struck by the casually verdant greenery everywhere, including this shed with Virginia creeper growing over it. 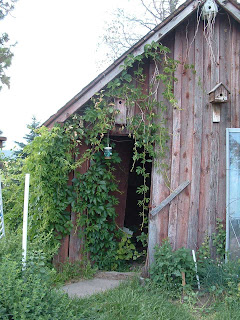 Here are a couple other shots from her place: 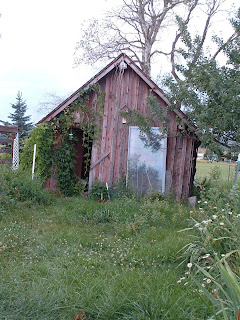 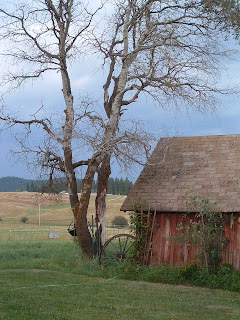 Younger Daughter and a friend crawled in and started picking. Oh, and eating.  More definitely went into the mouths than into the buckets. 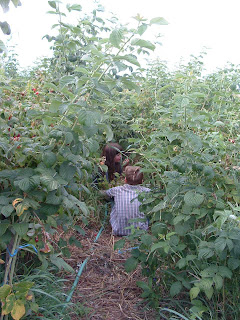 On the other hand, can you blame them? 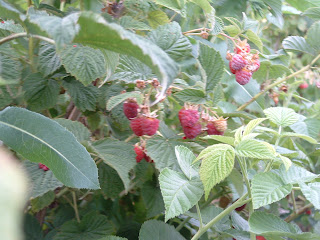 After about an hour's work, we came away with about a gallon altogether... 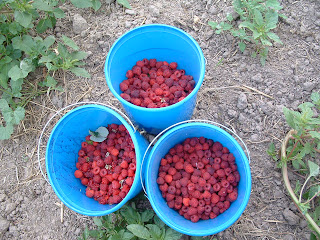 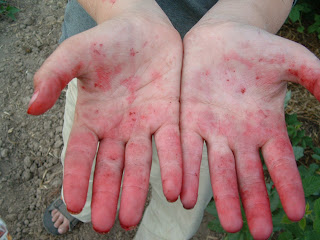 Next question: what to do with all this bounty?  Doubtless most of you are yelling "Make jam, you idiot!"  The funny thing is, for all my vast experience in canning, I've never ever made jam, jelly, or preserves.  Don't ask me why, I just never did, even though jams and preserves are usually the first thing beginning canners learn because they're so easy to make.  (It's like I taught myself how to can backwards, learning the hardest things first and the easiest things last.)

Okay, so I decided to make raspberry preserves.  First thing I did was consult the Ball Blue Book

for some how-to instructions. 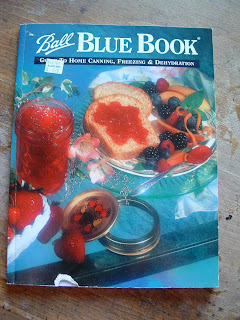 We sorted through the berries and put aside the ones we wanted for fresh eating. 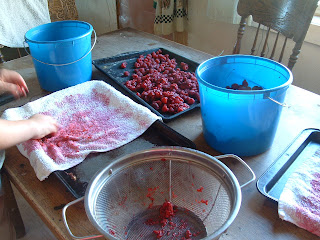 Since I had another load of bananas going into the dehydrator for banana chips, we decided to experiment with dehydrating some raspberries as well.  What the heck. 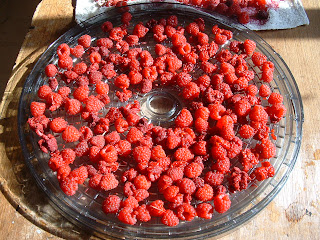 I weighed out the fresh berries and found we had just a touch under three pounds. 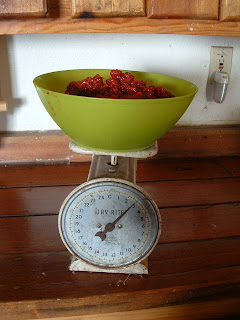 This meant I added six cups of sugar. 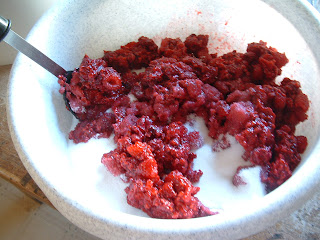 Stir and let it sit for awhile so the juices are released. 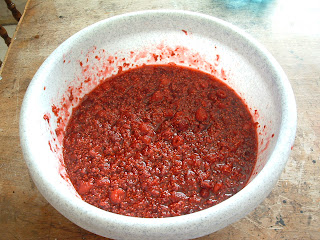 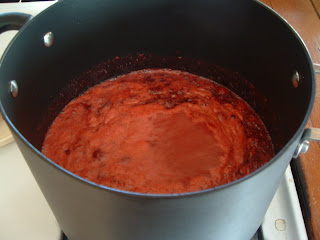 By dumb luck I happened to use a deep pot, which turned out to be the best thing because the mixture tended to splatter - and when it hit skin, it was painfully hot!

The mixture boiled up... 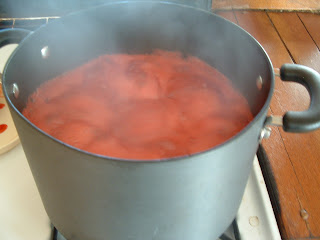 And then boiled back down.  I kept it boiling on low heat for about an hour, stirring a lot to keep it from sticking. 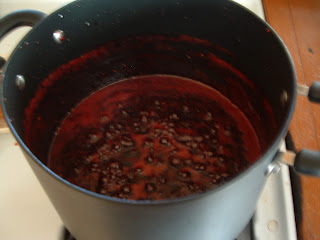 At this point it's thicker and ready to pour into clean canning jars. 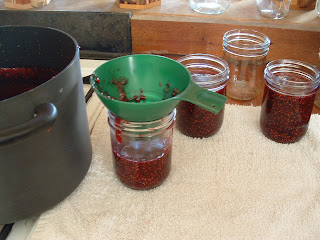 Into the boil-bath for fifteen minutes: 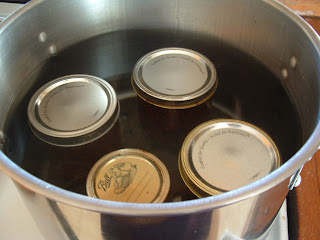 Seems like an awful lot of work for a yield of 3 1/2 pints of preserves! On the other hand, it also taught me a good lesson: never take home-made preserves for granted, because now I know what kind of work goes into them. 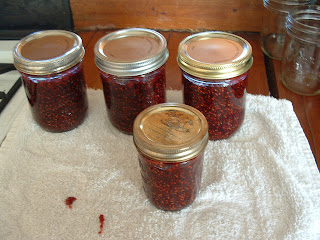 So how did the dehydrated raspberries turn out? Terrible. Pretty much inedible. But that's okay - I put them in a jar and will save them for raspberry tea. 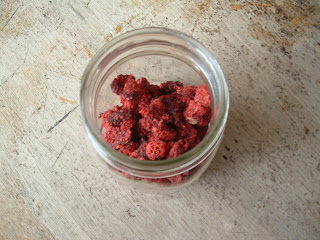 Oh, and by the way...our Virginia creeper, while not as picturesque as our neighbor's, is pretty lush this year thanks to our very wet spring. 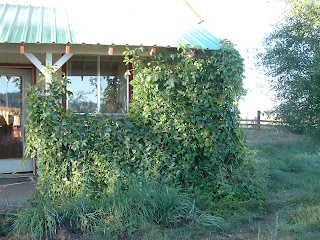 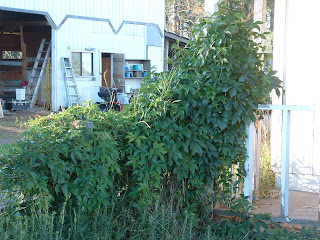 Posted by Patrice Lewis at 7:47 AM