Yesterday we came into possession of a large number of bananas, courtesy of our local Second Harvest. (We're the "clean up" family for this charitable food distribution. If there are leftovers available, they'll call us.) 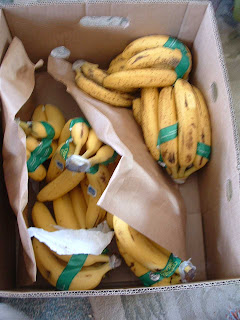 I was glad to get bananas because I wanted an excuse to use the new food dehydrator we found for $12 in a thrift store. We had a dehydrator we'd found last year but it was in bad shape (as we learned) and the trays kept breaking bits and pieces off until they were shot. This new one seemed sturdier and in excellent shape. 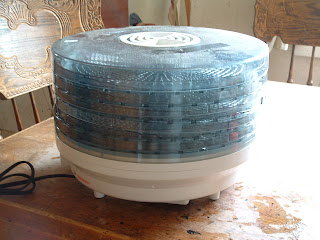 First thing I did was spray the trays with vegetable oil to keep the banana slices from sticking to the trays. 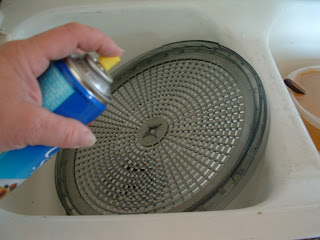 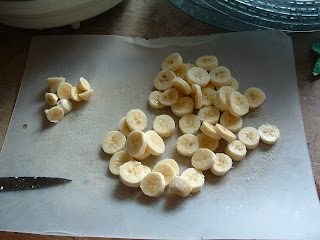 Lydia was very attentive through this. She loves bananas. 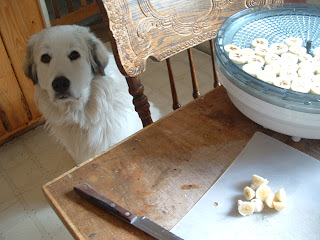 She gets all the end pieces. Yum! 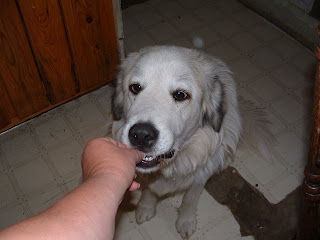 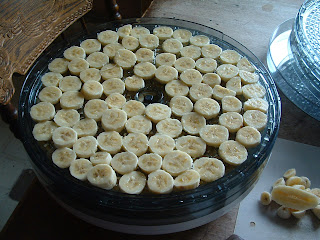 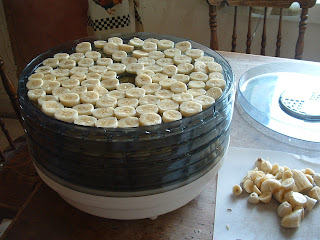 Plugged in. This particular dehydrator, I learned, is supposed to rotate but didn't since the trays were so heavily loaded with wet bananas. Doubtless this is why it was in the thrift store in such new condition. I decided, what the heck, I don't care if it rotates as long as the heating unit is working (which it was). 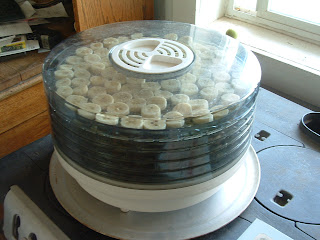 This morning when I came downstairs, I found that with a slight push the dehydrator started rotating. The bananas were dried just enough to allow the motor to work better. Here they are, half-way done. They should be finished by tomorrow. 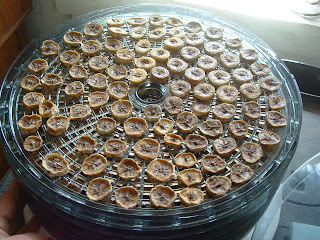 Here's some of last year's chips. They're chewier than the crunchy bland store-bought chips and much, much better! Plus they're not full of sulfides or whatever else is used on commercial banana chips. To paraphrase Lydia, "Yum." 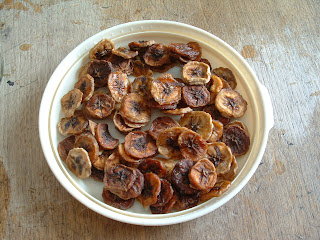 Posted by Patrice Lewis at 9:46 AM