So this morning I "boxed" Matilda into her milking pen with a wooden pallet as usual, sat down on the milking crate, and got ready to milk. Suddenly she hunched over and started to urinate. When a Jersey pees, it's like a pungent Niagara Falls back there. The sheer volume is impressive, let me tell you.

Now normally this isn't a problem; she gives me enough warning that I can sweep the milking bucket, crate, and myself out of the way before anything gets splashed.

But now she's in a stall with her back leg hobbled, rather than having her hind end free to assume to necessary position to urinate (hunched over, tail raised). This mean she peed all over the pallet I use to block her in, as well as her hobble and, worst of all, her tail. 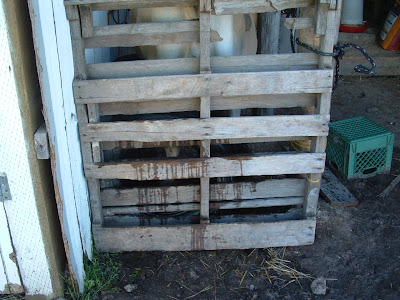 Okay, fine, whatever. I reassembled the milking bucket and crate, sat down, and squeezed a teat.

Immediately I got whipped in the face with a urine-soaked tail.

Ug! I wiped down and tried to squeeze again. This time the whip was more like a splash, with urine dripping down my face. Are we having fun yet?

I abandoned Matilda for a minute to go in the house and get a wet dishcloth to wipe down my face. I brought it out with me to use again which, in fact, I'm glad I did because I got whipped again. Not my best morning milking. My husband remarked, "Well, it's just more material for the blog." Next time I'll tie her tail.

Ug, the joys of country living. 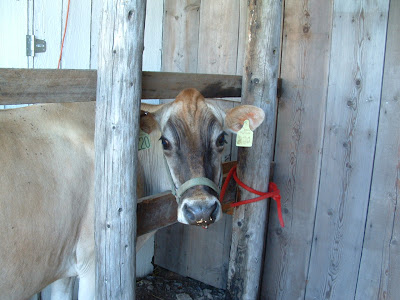 By the way, this is one of our barn cats, JJ (short for Jasper/Jasmine because for the longest time we didn't know the gender; turns out it's a girl). JJ was a feral cat, crippled in one leg and blind in one eye and so skittish that for years she was merely a gray shadow who would slink around and eat the cat food only when no one was around. 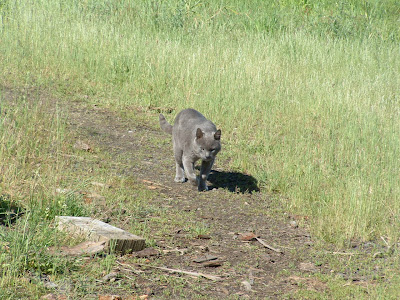 But rather unexpectedly in the last four months or so, JJ has decided that people are the greatest thing since sliced bread. I guess she finally figured out we weren't going to hurt her. It took her awhile to accept pets, but now she's so hungry for attention that she is literally underfoot. We've accidentally kicked or tripped over her a number of times because she twines himself around our legs when we're not expecting it (like when we're carrying something bulky to the car, for example).

JJ and Kitkat (another friendlier stray who adopted us) keep the mice down in the barn. 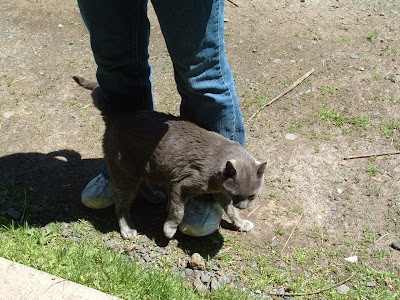 Posted by Patrice Lewis at 1:38 PM