I had an interesting day on Thursday.

Thursday is our "city" day. It's the day our Younger Daughter has fiddle lessons in Spokane, so naturally we run around doing a multitude of errands as well. Last Thursday the kids were hungry after music, so we stopped at a grocery store where I bought them some deli food.

I keep a master list in my purse of preparedness items we need to stock up on, and the Dollar Store was on the list as one of my stops. So, even though I wasn't planning on stopping there that day, in we went.

We half expected the shelves to be stripped, but they weren't. I came out with handkerchiefs, leather and canvas garden gloves, petroleum jelly, a few cheap calculators (for schoolwork), etc., all for about 30% off. Nice haul. 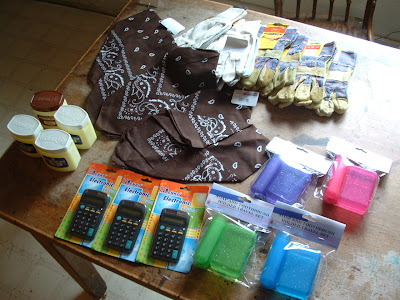 As the clerk was tallying our purchases, I asked why on earth a Dollar Store (of all things) was going out of business. She said the chain had been bought out and the new owners chose to liquidate. Ah, that explained it.

Later, stopped at a red light, I noticed another long strip mall that had two businesses left - that was it. I wasn't counting, but I'm guessing there were six or seven other store fronts that were vacant.

It reminded me - eerily - of the Trend Research Institute's Gerald Celente's prediction that we were heading for an era of "ghost malls."

The government can bleat all it wants that the economy is "improving," but those of us living on the ground floor sure as hell haven't seen it.

In about six weeks I'll be taking my once-a-year jaunt into Portland, OR for a very large retail show. This will be my fifth year doing it. For the first three years, sales were superb. Last year sales were down 20%. We'll see what this year is like.
Posted by Patrice Lewis at 5:42 PM