We never got around to setting posts around the garden after augering the holes last month, because the weather has been so wet. So yesterday we accomplished that task. (Well, my manly man accomplished it. I didn't do much except help carry the larger poles.)

The poles are 16 feet long. With three feet sunk in the ground, we only needed eight feet above ground. So Don measured out eleven feet... 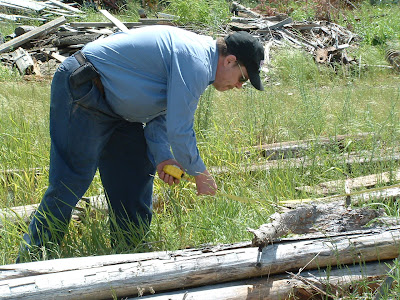 ...and cut five feet off the ends. We can use the ends for other projects. 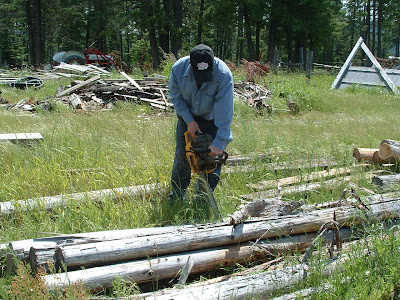 First thing he did was remove as much mud as possible from the holes using the post-hole digger. The rain over the last month collapsed some of the augered dirt back into the holes. 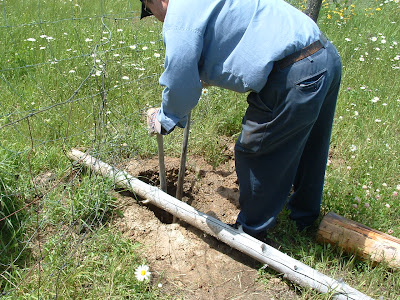 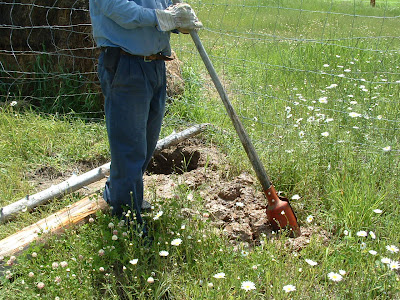 Hoisting a pole into place. 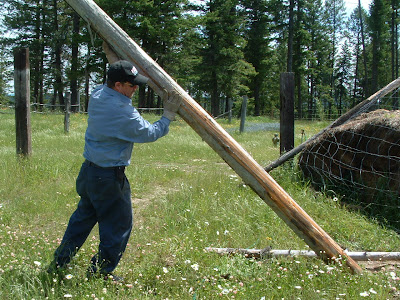 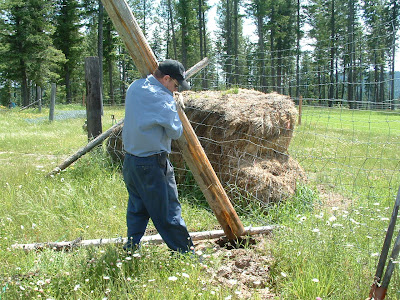 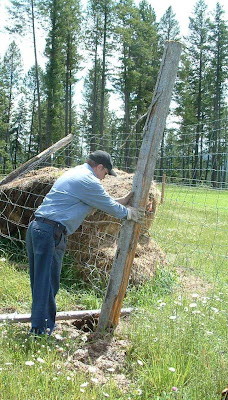 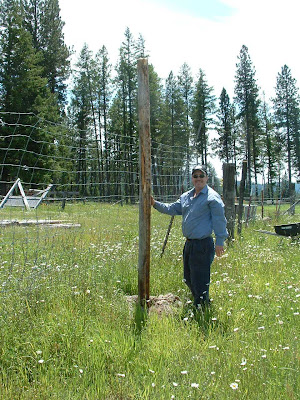 He used dry concrete mix, which he mixed with the water already in the holes and the dirt used to fill it, making a slurry that will dry and solidify into a good tough base. 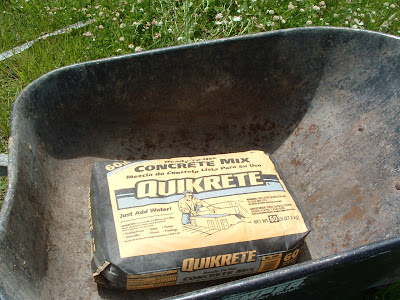 Can you see the water in the hole? That's left over from all the rain in the last month. 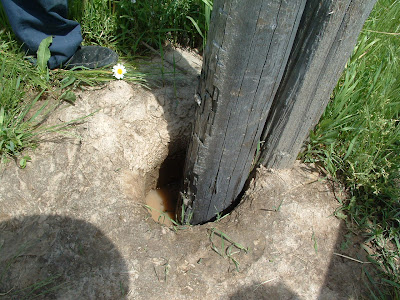 Mixing in half a bag of concrete mix to make the slurry. 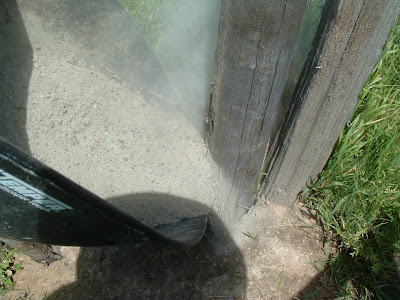 Tamping down the dirt. 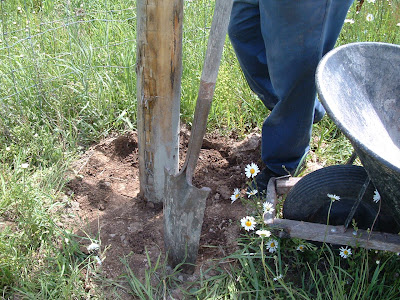 Once the poles set, we'll be able to start fencing. It hasn't been too important to keep the deer out up to this point because, frankly, there's so little growing in the garden that it wasn't necessary. Nonetheless, whether or not we have a successful garden this year, a deer-proof fence is obviously critical.

There's a lot of unused (or inefficiently used) space in this area. The fence surrounds both the garden and orchard area. The orchard may not survive. We have a tough layer of clay about two or three feet down which seems to kill any and all trees we plant. All the apples have died. Two of the four pears have died. My four peach trees are not looking too healthy (one has peach curl, but the others are just so darned spindly). So we may segue our fruit-growing efforts into strawberries, blueberries, and raspberries rather than trees.

But regardless, there's a lot of unused room in this area. Over time we hope to box in raised beds for easier weed control and the chance of planting earlier in the season (the soil in raised bed warms more quickly in the spring). We can fit a lot of boxes around the fruit trees (assuming they survive), which will give us additional room for fruits or vegetables.

So - a garden fence is essential!
Posted by Patrice Lewis at 7:23 AM