Older Daughter has what virtually amounts to a phobia of mosquitoes. (This is obviously a detriment when you live in the country.) It's not so bad during the day, but at night if a mosquito is in her room, she literally cannot sleep. I've been known to come downstairs in the early mornings to find her sacked out on the sofa.

So we decided - purely for medicinal purposes, since she is NOT a frou-frou kid - to get her one of those dramatic mosquito nettings that drape over a bed. I started to price them on eBay when some neighbors kindly donated one they'd picked up at a thrift store. (Thanks, Enola!)

I needed to mend and draw together the center of the net where it hangs. I used first thread, then dental floss (it's stronger), then sewed a cloth tape to make a loop. 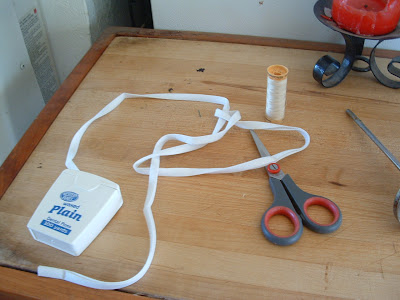 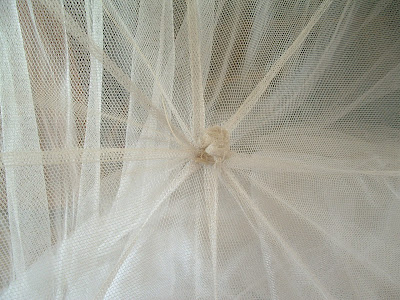 Don attached a hook from the ceiling. Our house started out life as a shop, so portions of the downstairs have eleven foot (!!) ceilings. That's why a ladder was a necessity. 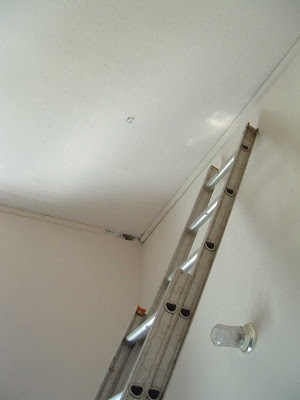 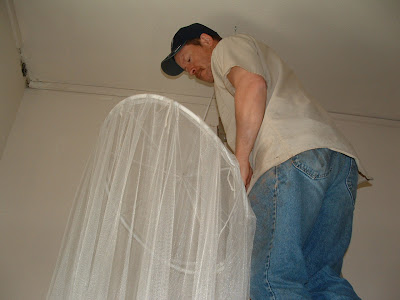 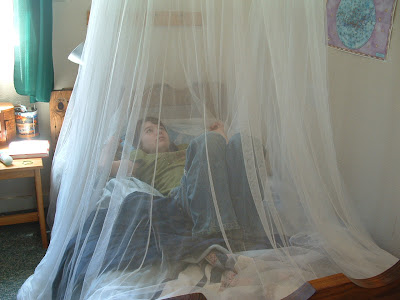 Posted by Patrice Lewis at 1:49 PM