Injuries on the homestead

Life is never dull around here. Suddenly we have a blooming crop of injured animals.

Ruby (one of our herd matrons and Victoria's mama) slipped on a wet board and sprained her right front leg or ankle. She's been limping for a week. 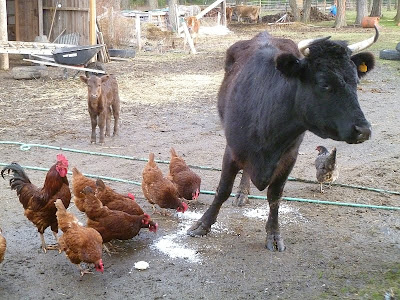 (Notice how her weight is on her left front leg.)

JJ, one of our barn cats, was attacked either by a coyote or another feral cat. (JJ is a formerly feral cat.) He got his leg ripped open something terrible. 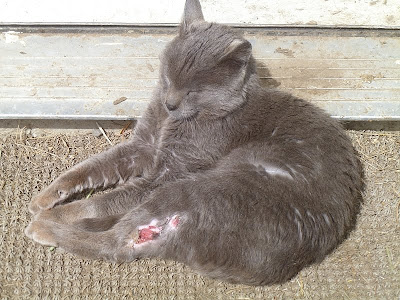 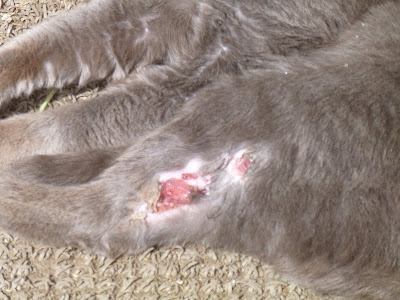 This cat -- cripped in one paw and blind in one eye when he adopted us -- is a tough old guy and is recovering nicely despite the dire appearance of the wound.

Worst of all, Pearly (Matilda's oldest calf with us) sliced open her ankle on a piece of sheet metal. The wound is serious. She's been on three legs for several days now. Most of the time cows can recover from awful-looking injuries quite well, and at first the wound didn't look terribly bad. Bloody, yes, but not serious. 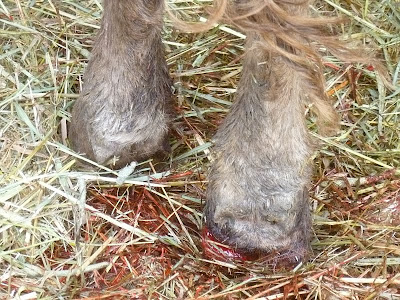 (Slice is on bottom of right leg.)

A bleeding wound is actually a good thing in a way (as long as it's not bleeding too heavily), as it helps keep the wound clean. 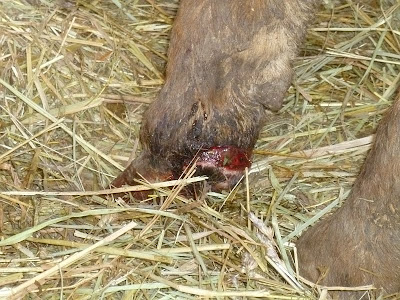 We've been keeping her in the barn so she doesn't get mud in the wound. 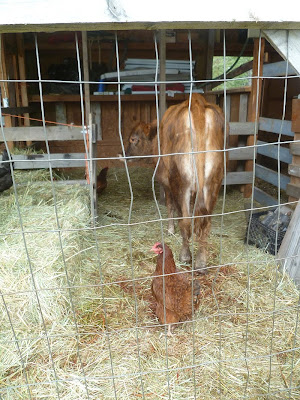 But after several days of little change in Pearly's leg (except it stopped bleeding, of course), we're starting to get concerned. There's no swelling or apparent infection, but she's not putting much of any weight on the leg. We're wondering if the cut went deeper than we thought.

Thoughts of putting her in the freezer have crossed our minds...

At any rate we'll be calling the vet tomorrow.
Posted by Patrice Lewis at 9:23 PM