When I was a teenager, I read a line in a book I've never forgotten: Most Americans would starve standing next to a cow in a field of ripe wheat. The implication, of course, is people have become so helpless and ignorant, so disconnected from our food sources, that we are incapable of knowing how to recognize and harvest food even when we’re literally standing in the midst of it.

I’m sure this line had an unconscious influence on my interest in homesteading, because here I am decades later milking cows and growing wheat. If there was one thing I was determined to master during my adult years, it was how not to starve while standing amidst abundance. And no, this had nothing to do with “prepping” – that wasn’t even on my radar when I was a teenager. I just didn’t like the idea of being totally dependent on someone else to supply me with the basics of life. I didn’t like the idea of being so ignorant of those basics that I couldn’t recognize food when it was all around me. 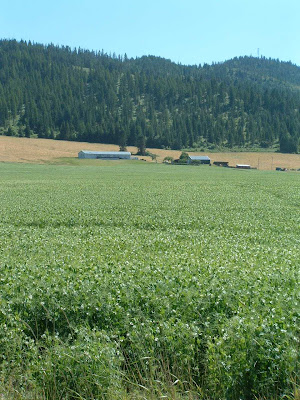 We’ve all heard the statistics about how something like 70% of Americans used to live on farms. Now those numbers are so skewed in the other direction that it’s almost comical: something like 2.5% of Americans now live on farms. Wow. It’s not just the implications of how so few can feed so many; it’s also the implications of how millions of people would starve in a field of ripe wheat because they’ve never seen food in its elemental form.

I’ve even heard stories about how children literally think milk is manufactured in the back rooms of grocery stores and who have no idea where eggs come from. (One story I heard was how a 20-something young woman never knew eggs came from chicken butts, and was so horrified at this information she thereafter refused to eat eggs.)

It used to be that being a farmer was something – well, almost shameful. To come from a farm meant you were lowly, uneducated, dull, suitable only for manual labor and not much else. Remember the sneers and snide comments Laura Ingalls got from Nellie Olsen? Nellie was a town girl and therefore superior. Laura was a farm girl and therefore a rube. 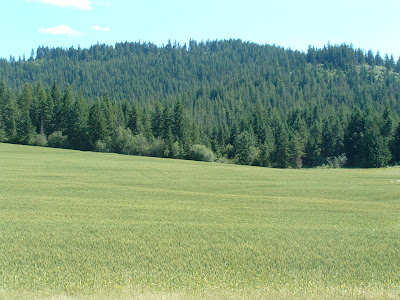 While I won’t say the attitude has totally turned around today – lots of people still consider farms to be nothing more than yucky places full of manure, and farmers are just too stupid to know they’re working knee-deep in cow poop – there has unquestionably been a resurgence of interest in farming, homesteading, and otherwise connecting once again with one’s food sources. There seems to be a deep-seated desire for humans to touch dirt. I think this is a good thing.

In other words, homesteading is now chic. Trendy. Cutting edge. 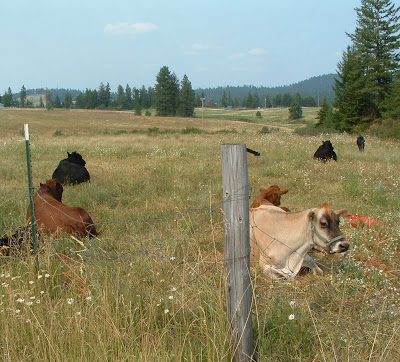 Imagine that. Growing food – something our ancestors have done since the dawn of agriculture – is now a novelty. If I ever have the opportunity to mingle at a cocktail party in New York City and mention I live on a farm, what do you suppose the reaction would be? Perhaps a few lifted lips, but probably a lot more astonishment and disbelief. “Wow! Can you DO that? Do people actually still live on farms?”

In fact – true story – recently I was in conversation with a sophisticated group of people and someone asked, “Do you really live on a farm?” I replied “Yes, of course.” – and there was a chorus of “ooohs” and “aaaahs.” Another time – another true story – I was at a writer’s conference when I was introduced to an author I admire. As we shook hands, she commented on my firm grip (I tend to crush people unless I’m careful). A little embarrassed, I snatched my hand away and said, “I’m sorry, I milk cows.” The author’s eyes widened and she said, “You milk cows??” She couldn't believe it. 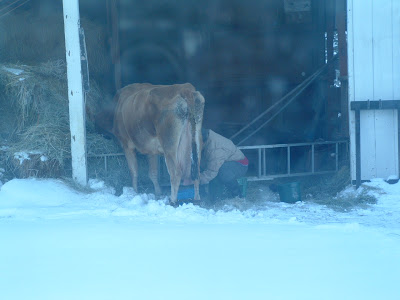 Needless to say, with the economy in a tailspin there has been a huge awakening of how vulnerable we are to interruptions of the supply chain. The Japanese people learned the hard way that when a natural disaster strikes, even those unaffected by the immediate tragedy can be impacted in a BIG way when societal infrastructure is interrupted. That’s a lesson all of us should take to heart.

This is why I’m so pleased with the urban homesteading movement. Not everyone can move to twenty acres in the country; so they do what they can, where they are. I love it!

It looks like “farm chic”is here to stay. For awhile at least. More power to it!
Posted by Patrice Lewis at 10:15 PM