We have a very peaceful home life here in the Lewis household.

Oh sure, we have our moments of drama, stress, and concerns. The cows escape their fences (drama). The gas tank is empty and we have to scramble to find a way to fill it (stress). Some customers are waiting for their tankards, which we haven’t finished making yet (concerns).

But those are the ordinary everyday things that everyone faces in their own way. You may not have cows, but perhaps you have a long commute. And gas prices and deadlines are universal issues.

So what makes our life so peaceful? It has to do with our family relations. In that regard, we have NO drama, stress, or concerns. 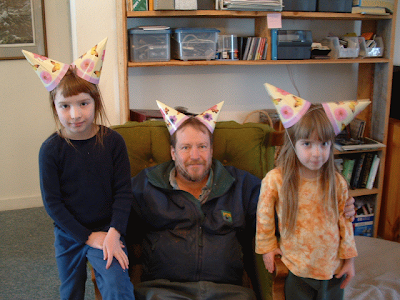 My dear English atheist reader Quedula made a passing remark on my recent Simplicity rant: “I find the term ‘well-disciplined’ applied to children rather ominous. Horses, maybe. I expect as usual I am the odd one out with this comment.”

She probably IS the odd one out (at least among readers on this blog), but nonetheless I thought it was good time to address this issue. I won’t presume to put words into Quedula’s mouth, but the unspoken implication so many people have when they see our well-disciplined children is that we must beat them into submission in order to get them to behave with the respect and self-control we expect. Sadly this presumption frequently applies to homeschooling parents, since of course we must be homeschooling to hide the bruises.

The best – the very best – book on child raising I’ve ever read was recommended to me by my friend Enola Gay, whose own five children (ranging from 21 to 3) are exemplary illustrations of beautifully disciplined kids. It’s called To Train Up a Child. Don’t bother reading it if you don’t have a religious suasion since this book is biblically-based. It is strongly influenced by the Amish methods of raising children, and I think everyone will admit that the Amish aren’t known for their snarky undisciplined kids. Nor are they known for beating their children into submission. 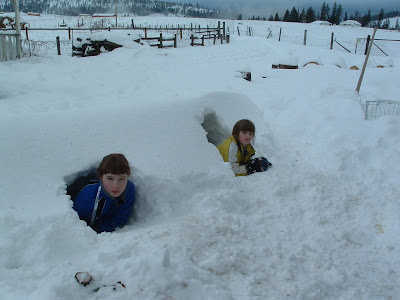 I didn’t know about this book when our girls were born, but by the grace of God and with the unity of a supportive spouse (probably the biggest factor), Don and I applied the principles of this book in the training of our girls. And now we are reaping the rewards of that early training in spades. With two teens in the house, conditions are ripe for drama and angst of the highest order – and yet we have none of it.

Oh sure, the kids have their moments – so do Don and I – but we have NO disrespect, backtalking, flouting of rules, or any other “typical” teen behavior. And it goes without saying we have NO issues with the more serious problems that afflict so many teens such as drugs, drinking, smoking, sex, etc.

Instead we have two charming, cheerful, happy young ladies who add greatly to our home’s peaceful atmosphere. The extent of their adolescent rebellion is when they grumble about their math schoolwork. 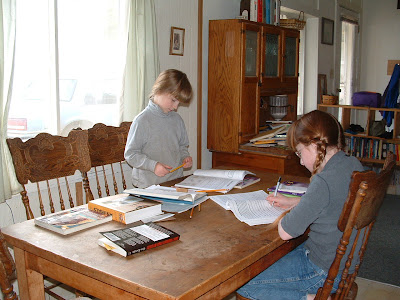 This training goes back to their earliest years. I recall an incident that happened when Older Daughter was about two years old. Don and I had gone into a store that sold, among other things, beads. This meant strings and strings of pretty shiny colorful beads were hanging from hooks, many of them right at eye level to a toddler. Concerned that she would start grabbing, I hitched Older Daughter up on my hip and let her gently touch the beads in a controlled fashion.

“Don’t let her touch them,” Don said. “She could damage them, and even if she doesn’t, it’s making the store owners nervous.”

“I’ll make sure she won’t hurt them,” I replied.

But Don stopped me from even doing that. “Let’s not be one of those types of parents,” he warned gravely.

What he meant was, let’s not allow our children to be the kind that cause shop owners to regard us with anxiety lest our undisciplined brats wreak havoc with the merchandise. You know the kind I mean. We’ve all met those types of parents, the kinds who trot ineffectually in their child’s wake of destruction, pleading “Johnny don’t, Johnny leave that alone, Johnny come back here…”

So I pointed out the pretty colorful beads to Older Daughter, but whenever she reached out a hand to touch, I gently pushed her hand down and reminded her, “No, don’t touch. These aren’t ours.” She didn’t touch, and because of that she got to look at the beads for a longer period of time.

And, not incidentally, the shop owner was able to smile at us as we left.

We decided this was not a bad thing to do on a regular basis – take our children into stores and show them how to look without touching, how to act respectfully while inside a place of business, and how to control their toddler and preschool urge to grab things. We would often reward them with a treat for their good behavior, such as ice cream or a small toy.

By this method we trained our girls to exercise self-control.

I remember when a friend once called with a question about her toddler. The girl was in the habit of climbing the kitchen chairs and onto the kitchen table. My friend’s solution was to place the chairs far enough away from the table so the baby couldn’t reach the table top. Her husband’s solution was to sternly tell the child “No!” and remove her from the chair whenever she tried to climb onto the table. My friend asked whose method was correct.

“Tim’s, of course,” I answered. “With your technique, you’re merely removing temptation. With Tim’s technique, he’s teaching her to control herself.”

See? It’s training. There’s no need to beat kids into submission. Training makes all the difference. I believe training includes an occasion swat on the bottom for particularly grave misbehavior, but it doesn’t have to go beyond that. 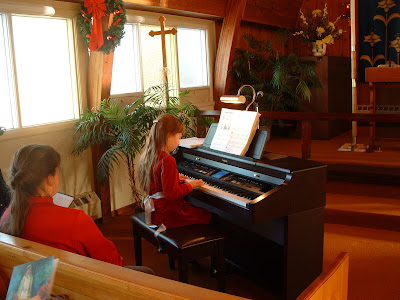 One of the biggest things Don and I insisted upon when the girls were young is respect for us, their parents. Once again this takes training. One illustrative incident happened when Younger Daughter was about five years old.

The girls had friends over, and in an effort to show off, Younger Daughter did something inappropriate (I don’t quite remember what – I think she backtalked me). Whatever the offense, I sent her to her room for a few minutes (their bedroom was right off the living room). In a high temper she stomped into her room and disappeared from view for a second or two. Then she stomped back to the open doorway, stuck out her tongue at me in an act of blatant and utter defiance, and once more disappeared from view.

Quite literally – and I do mean literally – I vaulted furniture and shoved other kids aside in an effort to reach the door. I roared into the bedroom and swatted that child on the tush. Then I took her by the shoulders, got right in her face, and told her in no uncertain terms that she will never disrespect me like that ever again.

And she never has.

The book points out that the secret to training anything (toddlers, dogs, whatever) is – are you ready for this? – consistency. It does no good whatsoever to do something once and then never enforce it again. It merely teaches the child that he can ignore you without repercussions. Everyone knows parents who are like this – parents who do not act with consistency and so have out-of-control kids. (In fact, please write down your experiences and post them in the comments section for everyone to read.)

I remember an incident about two years ago when I was visiting my friend Enola Gay. We were chatting over tea. Master Calvin (who was a year old at the time and barely walking) was in a fussy mood and kept wandering over to his mother and wanting to be held. Each time she told him, “I won’t pick you up until you stop the whining.” The third or fourth time this happened, he stood in front of her and hushed his whining. Enola then rewarded him by picking him up and cuddling him. I remember being amazed anew by how so young a child can learn to control his own behavior.

Constrast this with a woman I know who is raising thugs.

Training is as different from discipline as night is from day. With discipline, you force your children to bend to your will. With training, you teach children to control themselves in a way that is acceptable to you.

This has the happy side-effect of children who behave well in public. If a child gets out of hand, a quiet reprimand from you is enough to bring him back into line. If he doesn’t, some additional training is necessary in that particular area when you return home.

The funny thing is, once this concept is instilled in children at a young and tender age, they never depart from it. We didn’t have to beat the girls into submission in order to train them to behave properly. We trained them.  As they mature, we allow them more freedom and independence, and because we (the parents) know how disciplined and self-controlled they are, we aren’t worried that they’ll “lose it” when they become independent adults. They won’t descend into a hedonistic and destructive lifestyle because they’ll be mature enough to understand the ramifications of it. It’s a wonderful thing to think that a couple of years of firmness and consistency as young children will quite literally last them a lifetime. I could write endlessly on this subject, but you get my drift. We don’t beat our children into submission. We train them up in the way they should go. And when they are adults and walking their own road in life, we confidently expect they will not depart from it.
Posted by Patrice Lewis at 10:16 AM