Moving day for (some of the) chicks 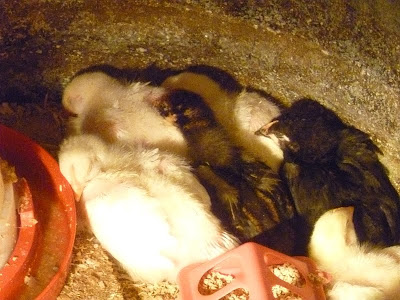 Although their sleeping habits -- piling on top each other -- were pretty funny to watch. 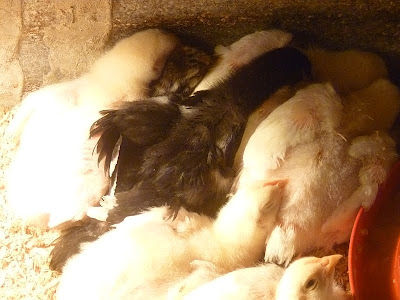 Nonetheless, they were seriously overcrowded. The weather is moderating a bit, so we decided to take the bigger ones and put them in the chicken coop, where we have a cage within the coop. 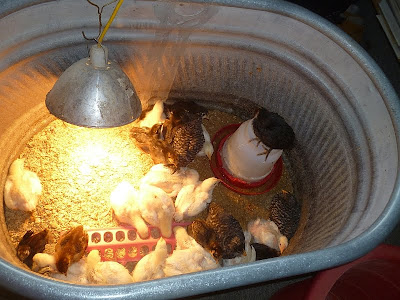 But first I needed to give the coop a deep cleaning, something I do about twice a year. Time to get rid of the accumulated waste and put down some fresh straw. 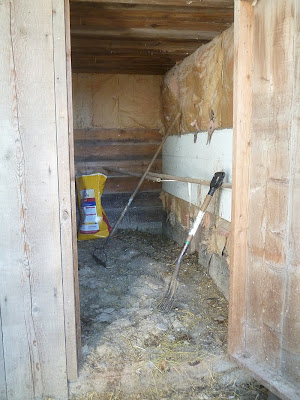 Matilda stopped by. Our cows are obsessed with the chicken coop because they know all those delicious forbidden chicken crumbles are inside. 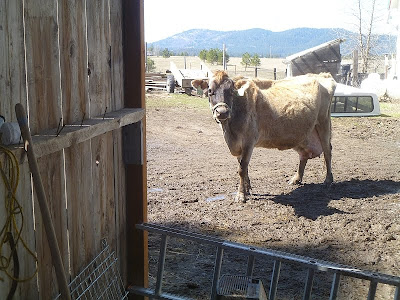 (Notice our high-tech cow barrier: an extension ladder laid sideways. Hey, whatever works. Chickens can get out but cows can't get in.) 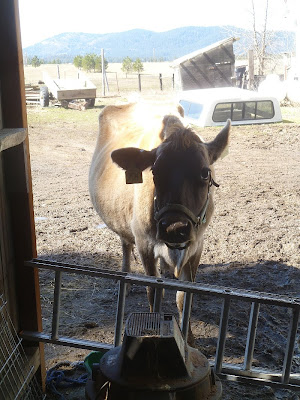 After a couple hours of hard work, the coop was clean with a fresh layer of straw, with wood shavings in the little cage for the chicks. 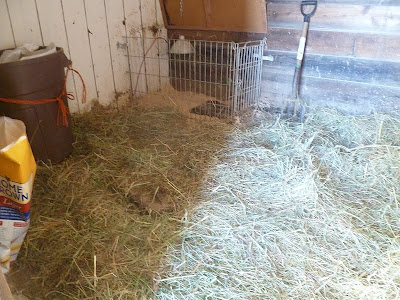 Time to move the chicks. These are some of our Cornish Crosses, a meat bird. They'll be ready to butcher in two or three months. 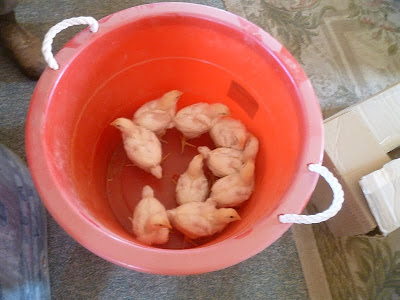 Naturally there was lots of initial bafflement on the part of the chicks we transferred to the coop, but they soon settled in. 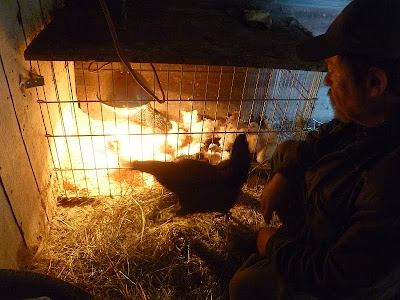 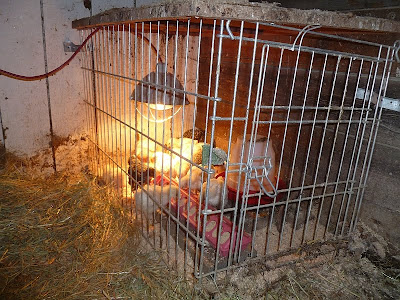 We have eleven chicks left in the house. They're the smallest and least feathered-out so they'll be here for another couple weeks. The stink in the house has been cut WAY back and their food and water gets less dirty. Phew! 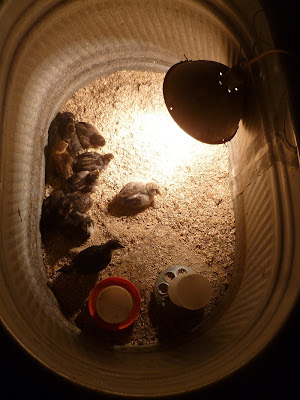 Which doesn't mean they're not looking for ways to broaden their horizons! 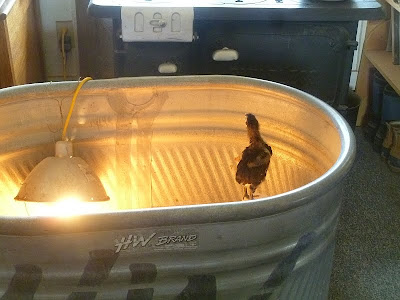 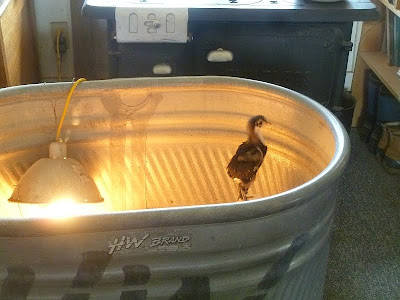 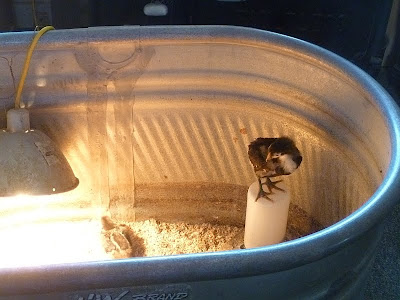 Posted by Patrice Lewis at 9:44 PM