Our fencing efforts haven't been working. Well, let me amend that: they've worked for everyone but our steer, Nebuchadnezzar (whom I was starting to call The Little Turd).

We had reinforced the field fence line at the bottom of the woods until (we thought) nothing could get through. 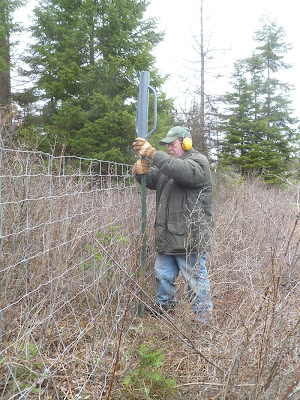 We had reinforced the barbed wire fence line along the road until (we thought) nothing could get through. 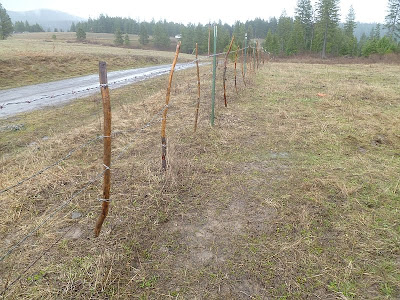 But that wily steer DID get through. Again and again. In addition to being a pain in the rear -- twice a day the faithful cry of "The steer is out!" came from someone -- but he was becoming troublesome to the neighbors. We value our relations with the neighbors and didn't want problems because we couldn't keep the Little Turd where he was supposed to be.

So once again Don and I walked the fence lines, looking for telltale signs of hoofprints in the mud, bent wires, and tufts of hair on the fences.

We added more wires to the T-posts. 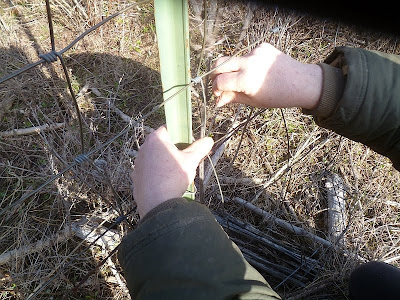 Along many of the fence bottoms, we put heavy branches or small logs, and wired the bottom of the fence all along the length of the logs. 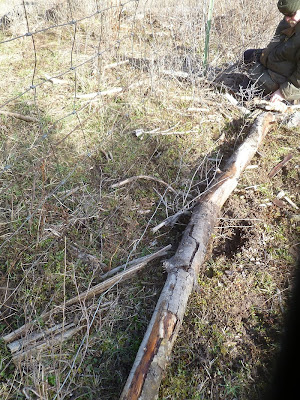 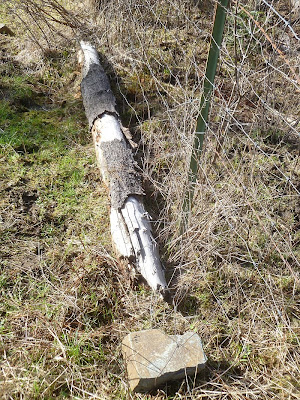 We also braced some of the fence bottoms with heavy rocks. 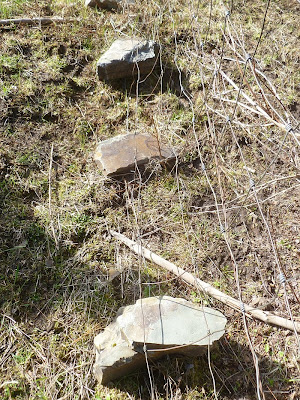 And still he got through. Aarrrggghhh! How was it possible? We'd been over that fence line with a fine-tooth comb! Where was he escaping?

So I tried following him. Book in hand, I spent several hours trailing behind him as he casually grazed his way around the woods with the rest of the herd. Naturally when I dashed up to the house for a brief lunch break, he was already outside the fence by the time I got back. 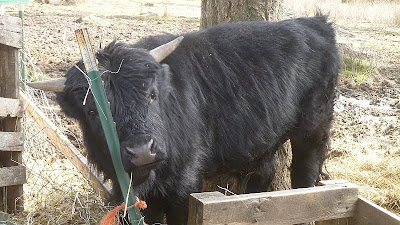 Okay fine. We decided we had to work smarter, not harder. We bought some fluorescent orange chalk powder... 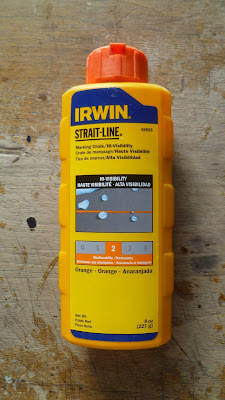 ...and mixed it with Vaseline. 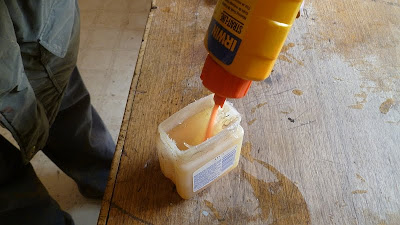 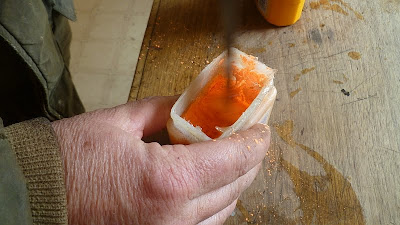 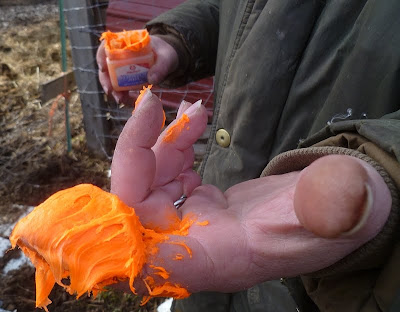 "Hey wait a minute, what are you doing?" 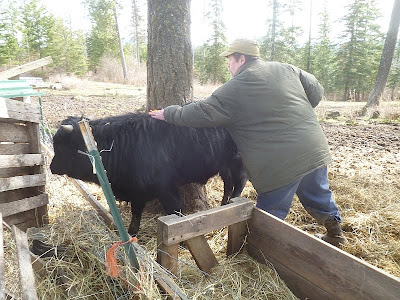 After smearing him liberally with the colorful Vaseline... 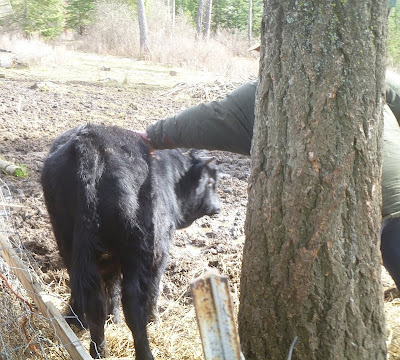 ...Don also dusted him thoroughly with loose chalk. (Notice the interest from Jet and Gimli.) 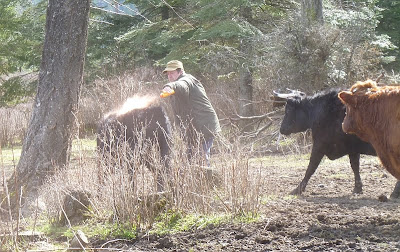 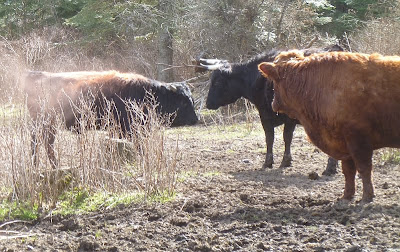 The result was an extremely visible steer. 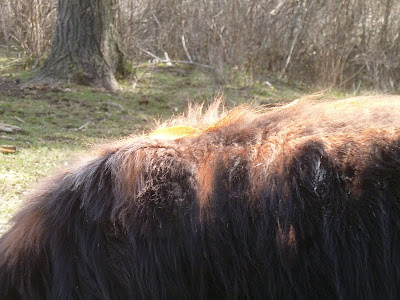 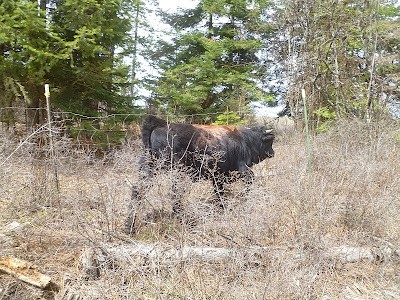 Several hours later he was outside the fence once more. We herded him back to the house and then walked the fence lines. Aha! Success! He was slipping through a section of fence that was so brushy we didn't think we had to reinforce it. Wrong! 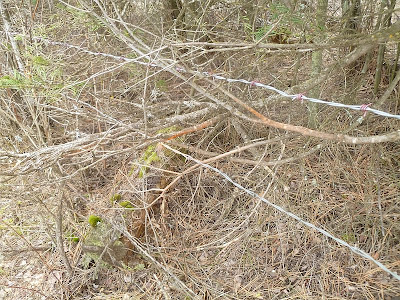 Busted! Telltale orange branches and a tuft of orange fur caught on the barbed wire. 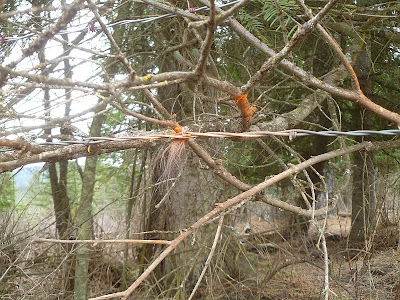 So Don reinforced the bloody heck out of that section of fence -- and as of this posting, he hasn't escaped yet.

Email ThisBlogThis!Share to TwitterShare to FacebookShare to Pinterest
Labels: fence