We discovered that Polly, our new little purebred Jersey heifer, loves bread. And I mean loves it. She loves it so much we've started calling her Princess Polly Purebread. 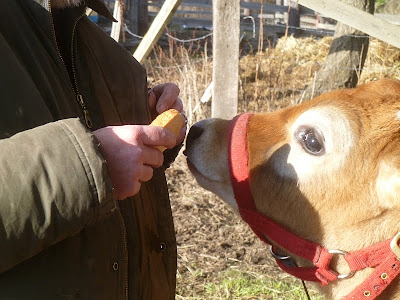 This is useful information to know, because it means she practically comes galloping when Don steps outside, to see if he has any bread with him. (We have to limit her to two pieces a day lest we clog her system.) Believe me, it's always nice when your cow is glad to see you. 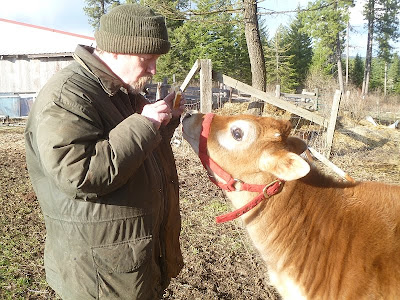 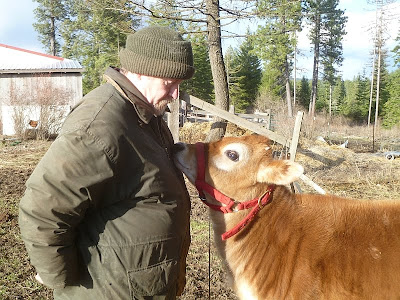 Now that Polly has a surrogate mom (Matilda) and an adopted brother (Thor), she's settled in beautifully. She has just the sweetest disposition, every bit as sweet as Matilda. And Don has become fond of her as well. 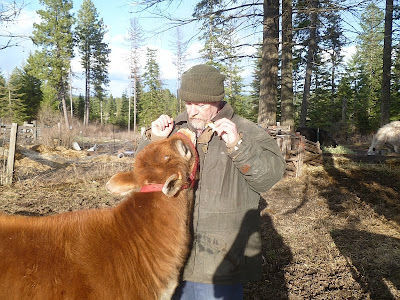 Matilda never warmed up to Don because he was the one who administered the intramuscular shots when we were dealing with the nightmare case of mastitis just after we got her. While Matilda is as affectionate as can be with me, she's still wary of Don even after two years. But Polly -- ahh, she's a different story. Don has become her bread machine, and she loves him for it! 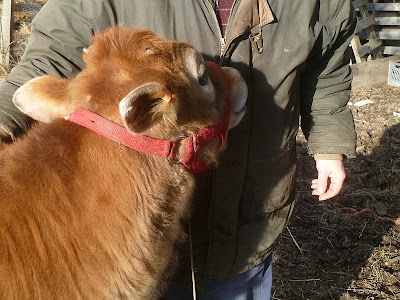 Posted by Patrice Lewis at 9:22 PM

Email ThisBlogThis!Share to TwitterShare to FacebookShare to Pinterest
Labels: Polly