The sins of the parents

There is an incident I remember from my youth. I was probably fifteen or sixteen years old, which would have been in the late 70’s. I happened to overhear a phone conversation my mother was having with a local store about some glitch with a product. The store representative was trying to make amends, and my mother thought the rep was being too generous for what was, she assured him, a minor issue. “Don’t undercut yourself,” she told him. “You guys have to make a living too.”

I think the reason that conversation stuck with me was because at the time, my father had started his own business and my parents were struggling through some extremely difficult financial times. It would have been easy for my mom to simply accept the store rep’s generosity, but she knew it could be a hardship on a small business. While she wanted to clear up the problem, she also wanted to be fair to the store about the issue.

And the funny thing is, I find myself repeating the exact same words whenever a similar circumstance arises in my life. “Don’t undercut yourself,” I’ll tell someone. “You guys have to make a living too.”

I recently re-read a very interesting book entitled “The Year of Living Biblically” by A.J. Jacobs. Jacobs is a secular agnostic Jew in New York City who – purely out of curiosity rather than religious suasion – decided to not just read the Bible, but live every possible rule and regulation as best he could.

The book is about his year-long experiment in living biblically. He devoted the first eight months to Old Testament living (since approximately two-thirds of the Bible is Old Testament), the last four months to New Testament living. He naively admits that he thought he could strip away the historical cloudiness surrounding the Bible and get down to the bedrock of biblical living. What a task. He found he couldn’t do it, at least within the time frame he gave himself.

He came away from his experiment not exactly persuaded as to God’s existence, but far less cynical and much more understanding about impact and influence the Bible has on billions of people world wide.

Anyway, in re-reading this book I was struck by Mr. Jacob’s analysis of Deuteronomy 5:9 – “You shall not bow down to them or worship them; for I, the Lord your God, am a jealous God, punishing the children for the sin of the parents to the third and fourth generation of those who hate me…”

To be honest, I’ve always been disturbed by that passage. How unfair of the mighty Deity to punish innocent children for the sins of the parents!

But then it dawned on me: God doesn’t do that. He doesn’t have to. We do it all by ourselves. All the time. In our damned foolishness, by the stupid decisions we make, we easily punish our children to the third and fourth generation. Descendents who do not yet exist are impacted by our sins.

How? Easy. Just think of what your children – and their children – learn from you. Do they learn sarcasm? Hatred? Bitterness? Dishonesty? A sense of entitlement? Even our political affiliation has an impact on our children, and our children’s children, to the third and fourth generation.

I haven’t been able to get that passage out of my mind ever since.

Let me quote from the book. Jacobs writes, “This is a big recurring theme in the Bible: Children mimic their parents’ behavior, even the flaws, perhaps especially the flaws.” He continues: “I used to find this an appalling sentence. Why should God punish my grandson for my sins? It seemed outrageously un-American. What about everyone being entitled to a clean moral slate? And, yes, if you interpret this as a threat that God will smite your child with leprosy when you worship a carved idol, then absolutely it’s cruel.

“But I’ve come to appreciate it. The trick is, you have to see the passage as a warning that your moral failings will affect your kids’ ability to make the right choices. If you beat your son, he’ll be more likely to beat his son… What better deterrent could there be to bad behavior?

“You achieved immortality [in Biblical times] through your children and children’s children, who were physical extensions of you. The basic building block of society was the family, not the individual… a person’s actions reverberate through his descendants’ lives.” 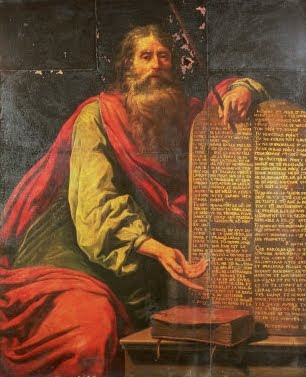 Doesn’t that just stagger you? Once I realized the significance and truth of it, I’m blown away. Awed. Overwhelmed by the responsibility I, as a parent, have toward my descendents.

How we raise our children – the values we impart – the habits we encourage or discourage – the behaviors we model – the traditions we provide – the work ethic we emphasize – can impact several generations after us. How’s that for a scary thought?

My mother grew up under horrible poverty with a brutal alcoholic father. It would have been very, very easy for her to pass that legacy on to her children by marrying a brutal alcoholic man. But she didn’t. She was wise enough to recognize that breaking that legacy was up to her. She married a good man and raised four happy secure children. Because of her choice in a husband over 52 years ago, I had the wisdom to marry a good man and we’re raising happy secure children. We are now passing that legacy of security on to our future grandchildren. See how it works? 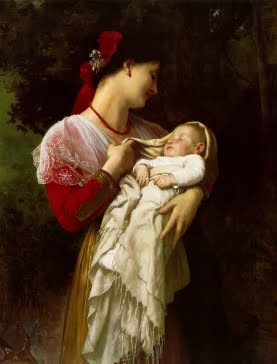 So when I read that passage from Deuteronomy, I marvel at God's infinite wisdom. He gave us both the curse and the blessing of free will and free choice. We have the freedom to gift our children with every conceivable toy and teach them they are entitled to whatever they want without working for it. We have the freedom (until we’re caught, that is) to beat our children and teach them that love for their parents is entwined with pain and hatred.

We can choose to marry a bad man and so teach our daughters that men are to be feared and hated. When it comes time for them to marry, they have no basis for choosing good men, and this curse is passed on to future generations.

We can choose to teach our sons that girls are not to be respected and they should do whatever it takes to release their animal urges upon them. This lack of respect translates into unfaithfulness in marriage with resounding implications for future generations.

See how it works? A curse indeed.

When you think this through – how strong is the impact our behaviors and our choices and our decisions on future generations – you’ll be bowled over with the responsibility to make those behaviors, choices, and decisions good ones, ones that will be beneficial to our descendents. 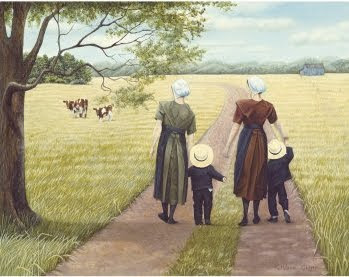 This is where such nonsense as dressing up our kids like Playboy bunnies or in cone bras is so serious. I don’t mean to keep harping on these examples except that they so beautifully illustrate my point. These are all choices – and those choices impact our children, and their children, and even their children to the third and fourth generation.

For those with rotten upbringings who carry tons of baggage from bad parents (like my mother), you have the power to affect your descendants by raising your kids better than you yourself were raised. When my mother was beaten as a child, she vowed through gritted teeth never to do that to her kids. And she didn’t. As a result, her choices are impacting future generations yet to come.

So take heart, people. God does indeed grant us the ability to gift our descendents with our sins – or our blessings.
Posted by Patrice Lewis at 7:40 PM