It's all our fault

I’ve been horribly upset about the shootings in Arizona. To think of a nine-year-old child – ironically born on 9/11/01 – cut down by a lunatic is enough to make anyone cry. Add to that five other people killed, more than a dozen wounded, and of course Rep. Giffords recovering from being shot in the head, and the whole thing is enough to make anyone weep.

And all this mayhem was caused by some absolutely demented madman who was kicked out of a math class for his erratic behavior.

I’ve been praying for the dead, their families, and the wounded.

But long before the full details of the event unfolded, I know I could predict one thing: no matter who dunnit, no matter what the motives or background of the killer…it would be the Patriots of this nation who would take the blame.

Gee whiz, looks like I’m right. What a surprise. 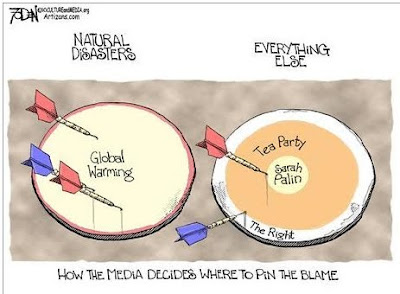 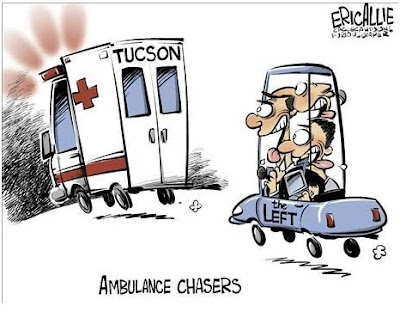 Rahm Emanuel was SO right: “You don’t ever want a crisis to go to waste; it’s an opportunity to do important things that you would otherwise avoid.” The liberals in this country are working hard to ensure those words stay true. 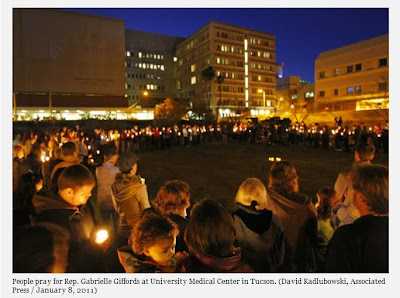 Please, Ms. Giffords, get better. Let the lunatic Loughner be cheated of at least one of his victims.
Posted by Patrice Lewis at 8:56 PM