Yesterday was the first day of the retail show I'm attending here in Portland. I apologize for being deliberately vague about what show I'm doing, but frankly I don't want to encourage any readers to stop by because I'm so darned busy I wouldn't have any time to visit. There are something like 70,000 people that stroll by in the course of four days, so social interactions are minimal as I deal with customers.

My friend Tim and I set the booth up before the event opened. Here's what it looked like just as the first visitors came pouring in through the gate. 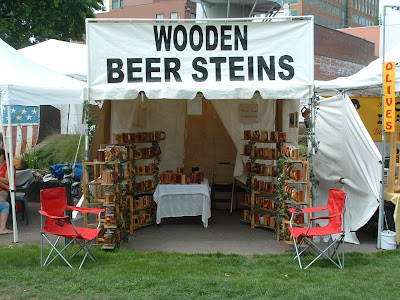 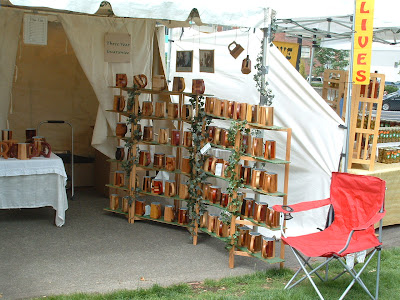 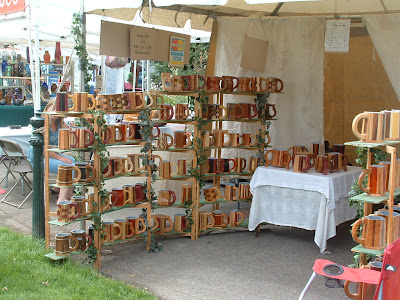 Just outside the gate was this fellow, a street entertainer, playing a drum set made out of upside-down plastic buckets with a table saw blade as a cymbal. Let me tell you, his improvised percussion set sounded like the genuine thing! This guy was fantastic. I tossed some money into the single upright bucket for donations, but evidently his intake wasn't high enough because he left shortly after I took this photo. 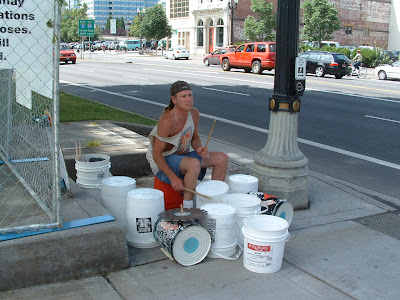 The retail event is right on the waterfront, with fantastic views of a portion of the Portland skyline across the river. (A better view is coming over the bridge to get to the event location, but as I'm driving I can't take photos. Maybe I'll see if Tim can do it for me.) 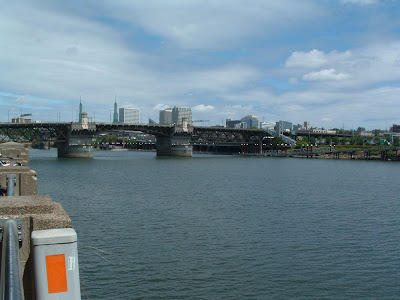 Many of the bridges spanning the river are drawbridges to allow ship traffic to pass. During the course of the day I heard the deep blast of the horns indicating the bridge was being raised. I snatched the camera, muttered some apologies to Tim, and went to gawk. A drawbridge is something I rarely see so I was as excited as a little kid, watching. 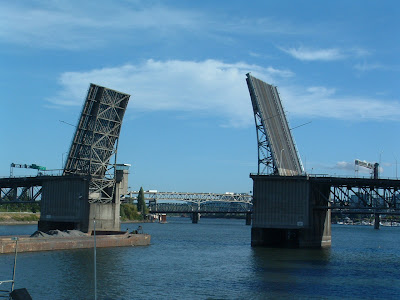 Here's a massive barge with gravel on it, being pushed by a tugboat-type thingy. 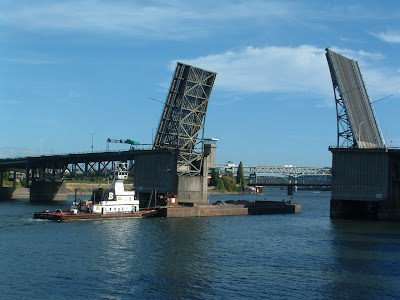 I just can't get over these urban vistas. To some people it may be everyday stuff, but it makes me marvel. The massive construction, the huge number of cars, the highways - oh my gosh, the highways - fill me with awe. In a good way and a bad way, I guess. We used to live in places like this, but now that I've been out of it for so long, I feel like a country hick gawping at the city sights. 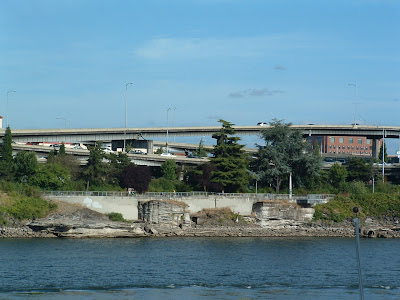 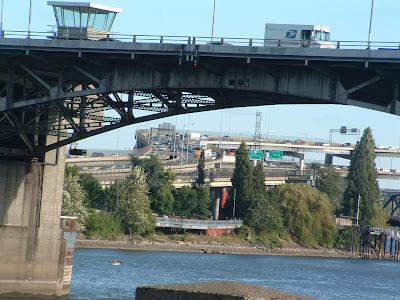 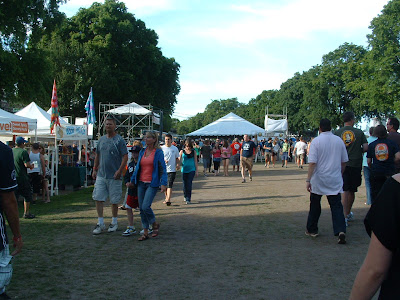 Here was a city sight this country hick gawped at. This woman came into my booth wearing a tutu, for God's sake. Where else but Portland? Anyway, I asked if I could take a picture and she was delighted to pose. 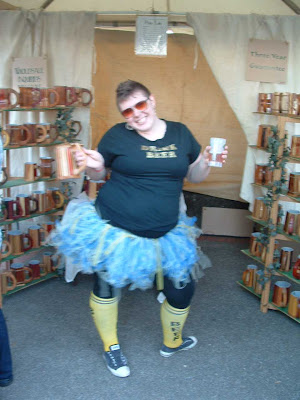 I sold 17 pieces the first day, an eminently respectible amount.

BTW, from this internet cafe I can get my emails, but evidently I can't send emails. I sent about ten emails yesterday morning, and this morning they all came back bounced. Oh well, I'll have to wait until I get home to answer my emails.
Posted by Patrice Lewis at 7:47 AM