I awoke very, very early yesterday morning because a thunderstorm was moving in and the thunder and flashes of lightening woke me up.

The first light of dawn through the trees... 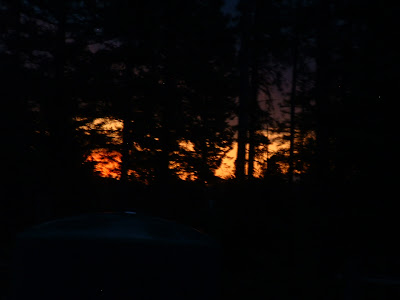 As day broke, the light blossomed into screaming orange. And I mean orange. These photos barely capture just how orange the light was. 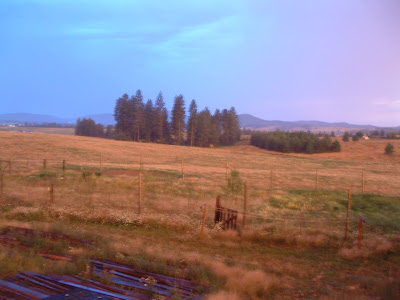 I was treated to a rainbow as the rising sun shone through the rain. 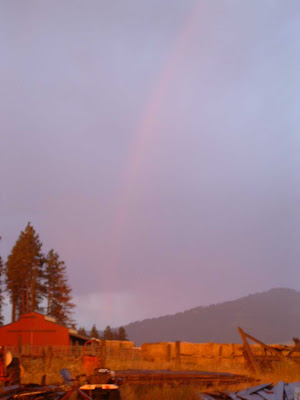 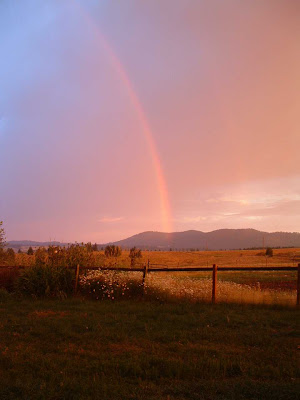 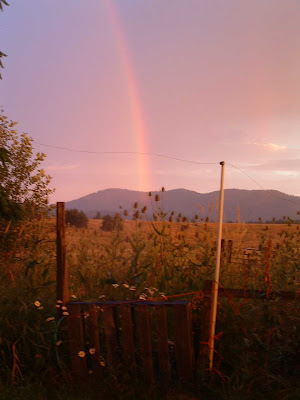 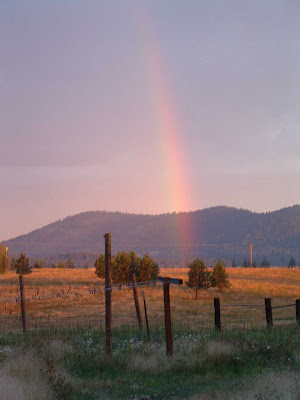 The rainbow appeared even before the sun officially rose... 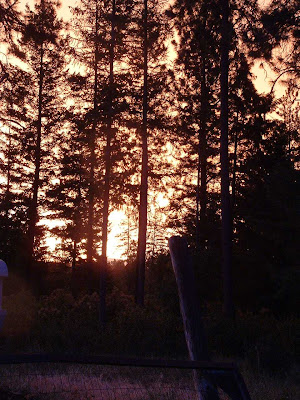 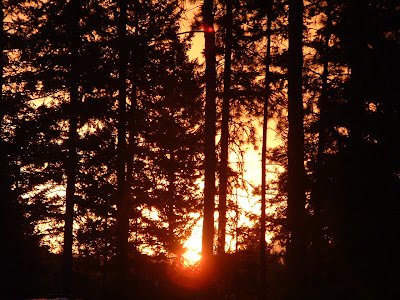 Here's the first dim dapples of light through the trees on our wall. 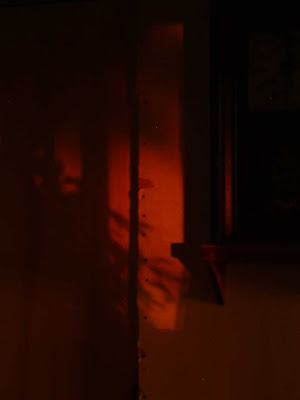 There are some distinct advantages to being an early riser, even if it was a little too early for my taste.
Posted by Patrice Lewis at 9:21 AM