Yesterday we picked up Younger Daughter from a week at Summer Camp courtesy of our church, which banded together to send five children to a regional church camp (thanks everyone!).

The camp is very old and established, with literally generations of children attending since its inception sixty years ago. It boasts some spectacular views of Lake Coeur d'Alene. 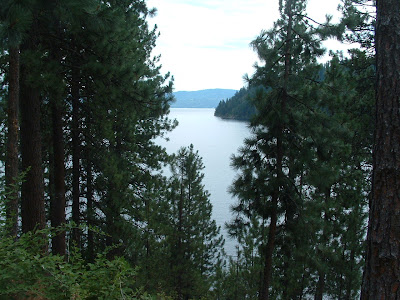 Lots of excitement as Campers are reunited with their parents. In my case it was especially joyful because I hadn't seen Younger Daughter for 10 days, as she left for camp while I was in Portland. 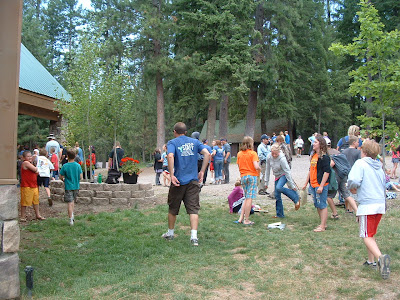 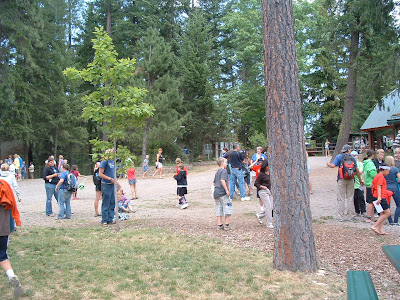 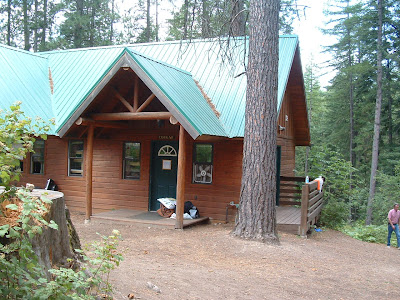 She took one of the upper bunks. 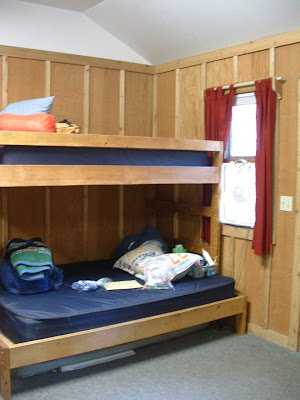 Children and parents line up for ice cream. 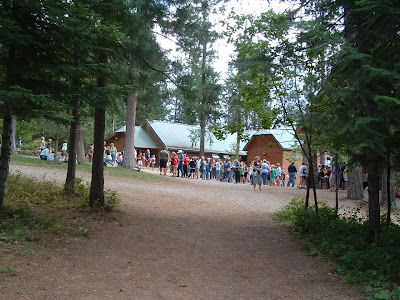 Someone's well-thumbed Bibles on the ground. I thought it made for an artful tableau. 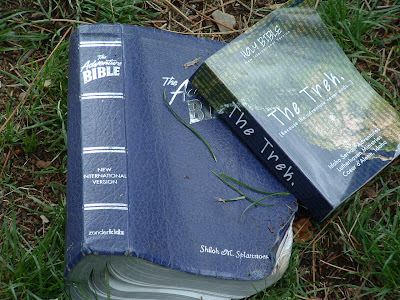 The final program was held inside the beautiful newly-finished chapel. Are these front doors (copper) gorgeous or what? 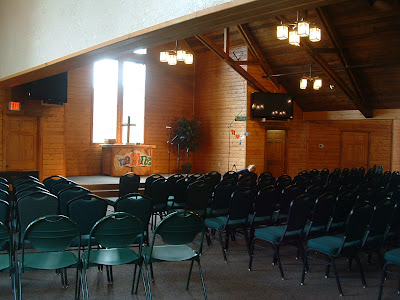 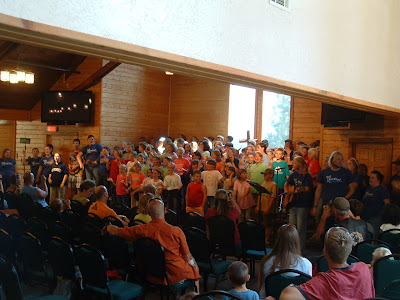 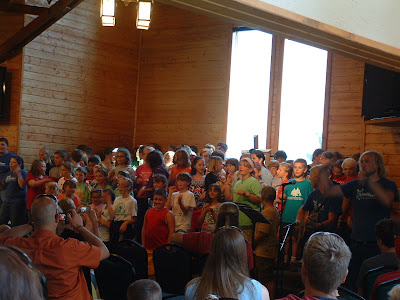 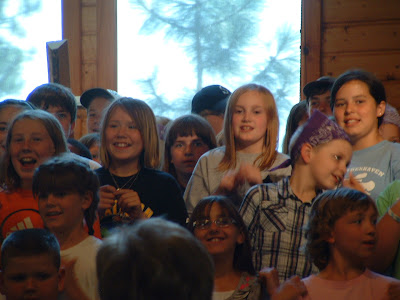 Older Daughter's week at camp comes in early August, and already she's climbing the walls in excitement!
Posted by Patrice Lewis at 9:49 AM