After many many years of effort, our small town has a brand spanking new library! And our girls were asked to play an honorable role during the christening - to hold the ribbons while the head librarian cut through and officially opened the building to the public. When I asked why they, specifically, were chosen, the librarian said it was because they were "model library users" and would represent the homeschool community. She had also asked two other children to represent the public school community, but unfortunately the family was out of town. 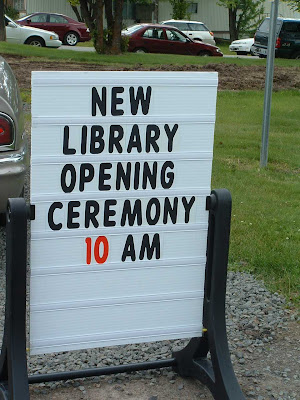 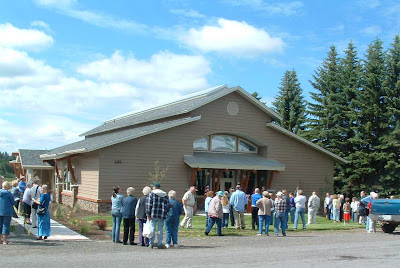 A local pastor offers an invocation. Yes, we live in a place where pastors can still offer invocations without being arrested. 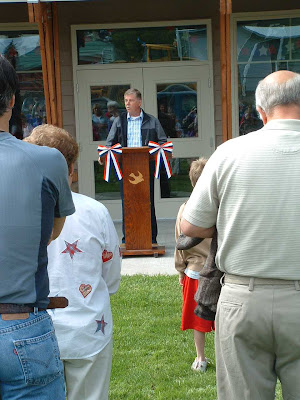 Paulina, the head librarian, thanks everyone for their combined efforts to bring this project to fruition. 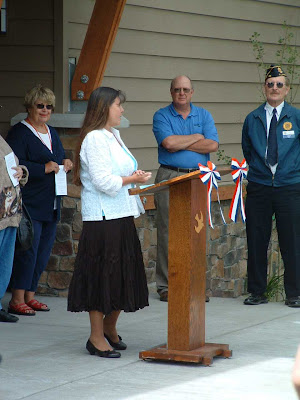 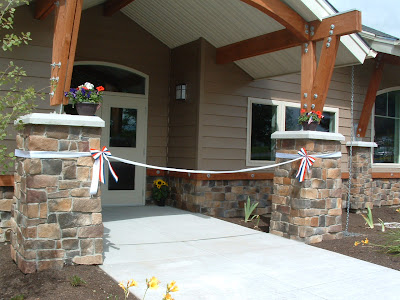 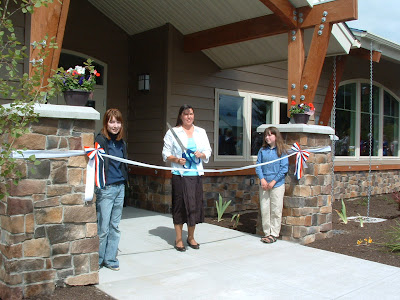 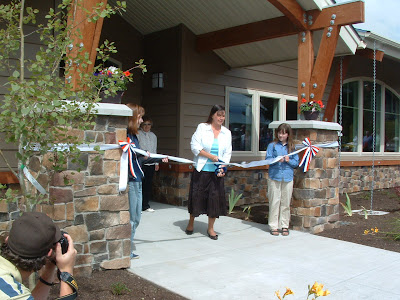 Everyone marvels at the size. By comparison, our old library only had about 800 square feet. 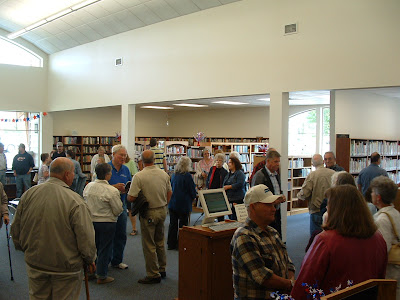 The dirt in front is the footprint of the old library building, which has since been bulldozed. 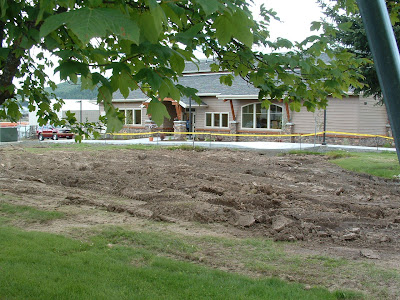