Sorry I've been so quiet today. I was putting the finishing touches on the Spring 2011 issue of the Dexter Journal, the quarterly magazine for the Purebred Dexter Cattle Association. 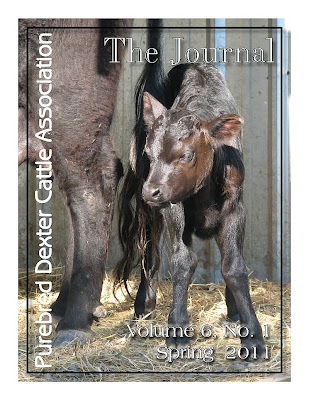 I was busily engaged in emailing the magazine to the printers when the cry went up, "The horse is out!" This was quickly followed by, "And all the cows too!"

Like well-oiled machinery, all four of us sprang into action: donning mud boots (it's spring after all), grabbing push poles, and marshaling into a force to scoot the animals back into the woods. Naturally a squall was threatening (the livestock never escape during good weather). 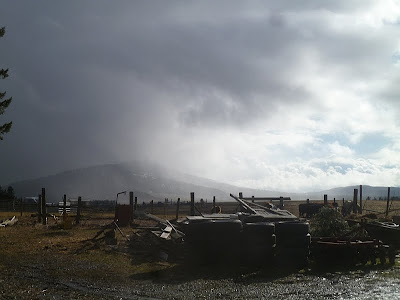 Brit (the horse) is the one who causes most of the trouble whenever the livestock get out. Cows herd easily but horses don't. So I lured her into Matilda's pen and locked her in so she couldn't gallop around in high spirits and scatter the rest of the herd while we attempted to round them up. She was not amused. 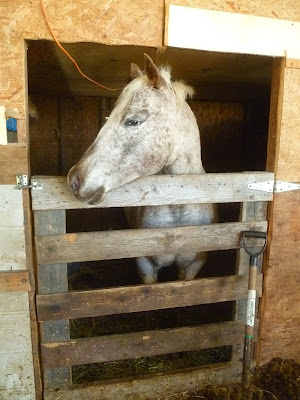 While the girls manned the driveway, Don scooted the animals toward the bull pen, which has a gate into the corral. 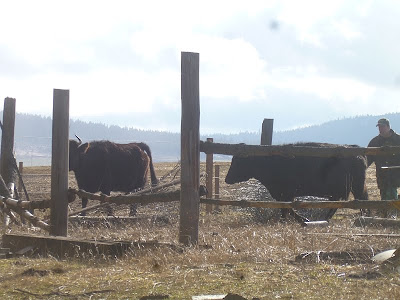 I can't blame them for wanting to escape, it's pretty muddy back there right now. Have you ever seen a more grumpy-looking herd? 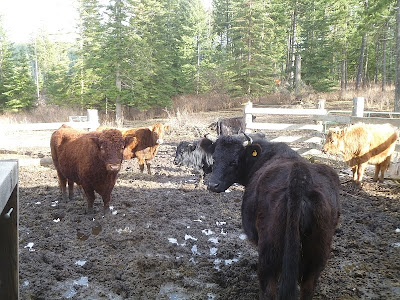 Next step is to temporarily repair the escape route, in this case a gate post that had rotted and given way, resulting in the fencing being wrenched off the barn wall. Grunt. 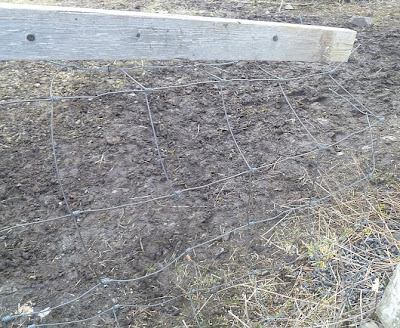 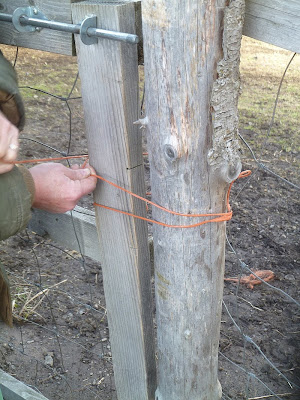 Then to make things more complicated, the interior barn gate wouldn't open - the gate had sagged on its hinges - so I couldn't let Brit out in the barn. I had to lead her outside first and then into the barn through another door. 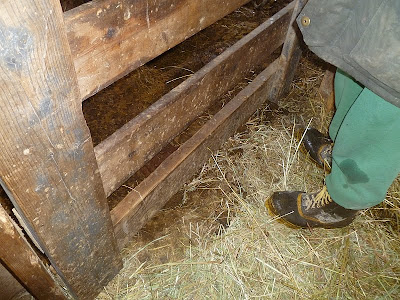 It seems like everything is falling apart around here all of a sudden. That's what happens at the end of winter when the ground thaws and sucking mud is everywhere. Don said he was going to have to take the whole day tomorrow and fix stuff up. Double grunt.