So yesterday Older Daughter made some astute remarks on a teen phenomenon called "Emo" which apparently evolved from the "Gothic" trend a few years ago. I thought her observations were sound and I made a passing comment about how she ought to write down what she just said and post it on my blog. Then it occurred to me: Hey, I have the power to make her do just that! So it became a school assignment. Poor kid.

Okay, first off, this wasn't my idea. I was just complaining, as I do everyday, about my generation, and mother gets the 'I'm-going-to-assign-my-kid-a-ridiculously-hard-assignment!' look in her eyes. I tried to run for cover but she was too quick for me. "I know what you can do," she exclaimed as she handcuffed me to a chair, "you can write a piece for my blog on why your generation is failing!!!"

In desperation I dragged the chair to my father's side. "I think that's a wonderful idea! You could even start writing a book about it!" was his helpful reaction. Great.

So here I am, staring at the computer screen, trying to think of something to complain about. Isn't it amazing how any good ideas you may have had at one time instantly disappear the moment you start to write them out? Scientists should really look into that.

Alright then, I've chosen my topic, and I've got a question for you readers. What happens to Emo/Gothic people when they reach, say, forty? How many people continue to dress in black and dye their hair purple after the teenage years? When do they realize they need to stop whining and grow up? 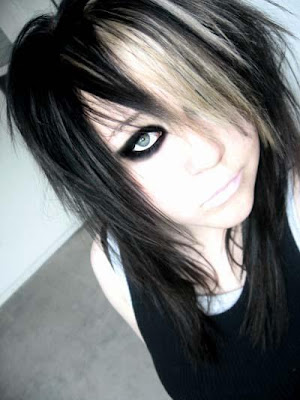 I get on many different online games and forums, and throughout all of them, no matter what, you always find someone who considers themselves Emo. 'Emo' is the new Gothic, apparently, although no one can give me an exact description of what 'Emo' really is. I guess 'Emo' is short for 'emotional', and that it used to be a type of music. Since then it's morphed into yet another way for teenagers to rebel. From what I can figure out, there are two types of Emo... 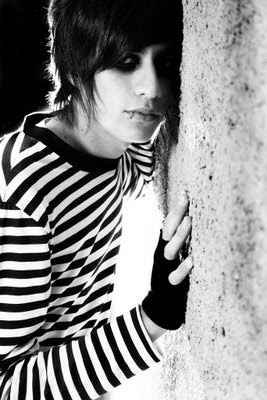 Type a) Emo people who have such horrible lives that they hide their face from the world and cut their arms so that the physical pain takes their minds away from the emotional pain. These people need professional help, or they might kill themselves.

Type b) Emo people who dress Emo and call themselves Emo because it involves lots of black and purple and long hair.

...and I really can't stand either of them. (Now, before anyone jumps on me and starts telling me how insensitive I am, remember: I'm Patrice's daughter. Insensitivity is in my blood.) 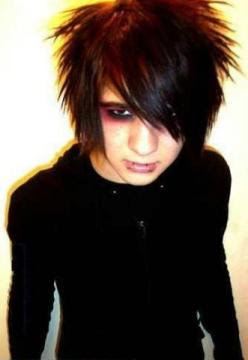 See, these people go on and on about how miserable their lives are. They pay money for stupid haircuts and black clothing and piercings. And they constantly think me, me, me. "My life is horrible, why doesn't anyone understand me?" "Why must people judge me by my appearance?"

I'll tell you why, mister: Because you look stupid. You're being childish and immature. You think you'll be young forever. I can see this, why can't you?

So eventually, around the time they run out of money to buy hair dye, they'll have to grow up and get a job. But who's going to hire them? I as a customer wouldn't want to buy my groceries from a cashier who's wearing heavy eye make-up and lip studs- especially not if it's a guy. 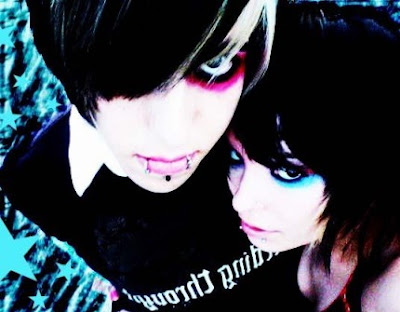 At what age, my lovely reader-people, will they grow up? You never see any grandparents with torn black jeans and lip studs. When is the actual transition stage? Do any of you know? Please tell me- the sooner you do this, the sooner I can escape to my bedroom for the rest of the day so my dear mother doesn't assign me anything else.

- Older Daughter
Posted by Patrice Lewis at 11:20 AM