Here's a fascinating photo (and video clip). With the U.S. west coast on high alert for tsunami damage, here's what rolled through San Francisco bay fourteen hours after the devastating Japanese earthquake: 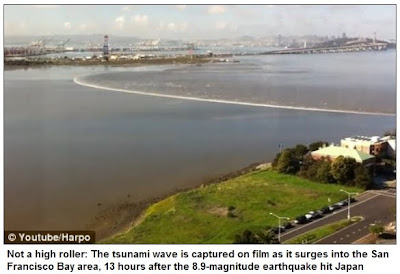 Thankfully most of the west coast received little damage, two notable exceptions being Crescent City, CA and Santa Cruz, CA - both of which have crescent-shaped bays which exacerbated the effect of the waves.
Posted by Patrice Lewis at 10:58 AM