Thor is much better today! His scours has decreased and he's prancing around like... well, like a newborn.

He got brave enough to leave his pen for the first time too, but not at first. I had to clean the pen around him because he wouldn't go out... 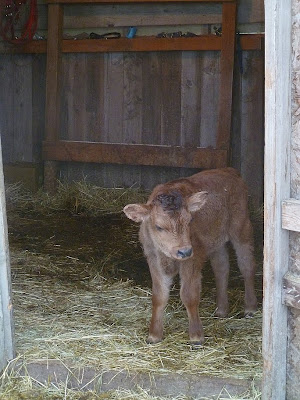 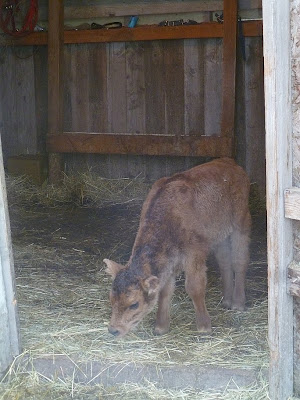 ...even when Matilda encouraged him. 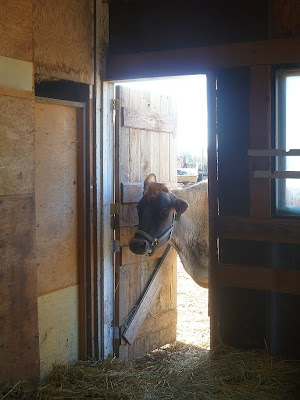 But once outside, there was no stopping him. He gamboled about and explored and napped and acted like he was never scared to go outside. 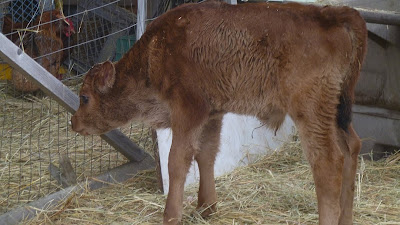 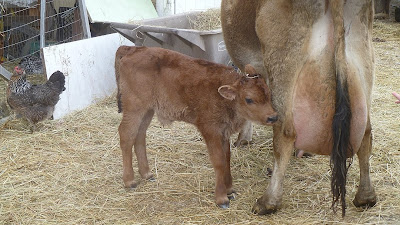 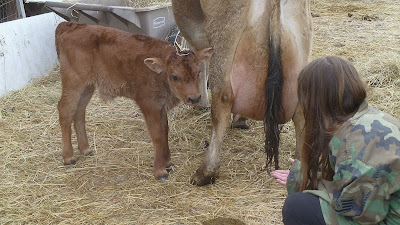 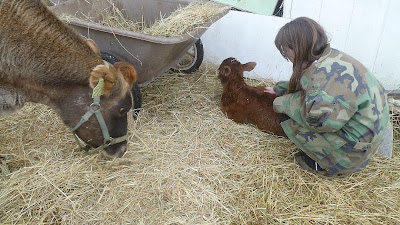 Nothing new on the magic disappearing teat, however. We got three large syringes... 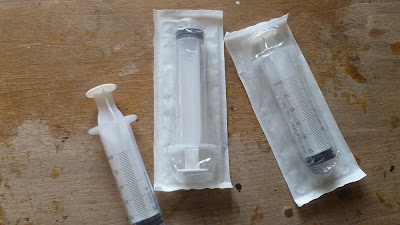 ...and cut the tip off one of them. We sanded and filed the edges smooth. 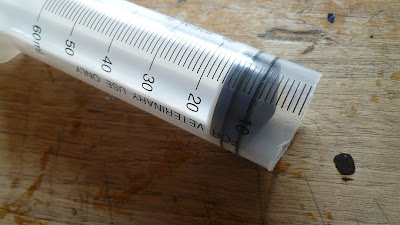 What does a magic disappearing teat look like? Well as you can imagine it's pretty hard to photograph, but I tried. Here I held the camera underneath and got this shot: 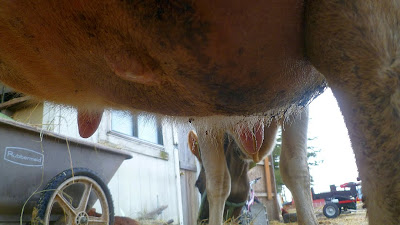 The teat is just left of center top. 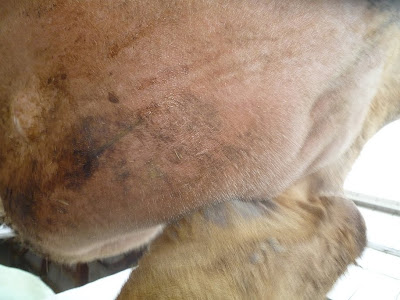 The teat is the little whitish bump on the extreme left. As of this posting, we haven't tried the syringe suction yet. I'll report what happens when we try it.
Posted by Patrice Lewis at 10:27 AM