We here at Rural Revolution are proud and humbled to have been named a recipient of the coveted Stylish Blogger Award from the Big Kahuna of preparedness sites, Survivalblog.com 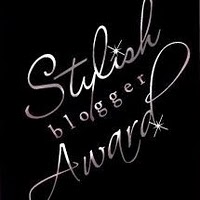 Now normally I'm always willing to avoid looking a gift horse in the mouth. But given the interesting name of this award, I was unable to resist doing a bit of research on it's origination. After many exhaustive minutes of investigation and over three pages of Google search results, I was (before I lost interest completely) able to trace the award back at least as far as a blog entitled "Missy Sassy Pants" who gave the award to another blog called "Delicious in Pink" in July of 2010. After careful perusal, I can certainly attest to the fact that both of these blogs are "stylish" although surprisingly neither blog dealt with the burning issues of this year's new BDU styles or the proper application of designer camo face paints.

Be that as it may, we here at Rural Revolution are truly honored that the folks at SurvivalBlog thought highly enough of us as to include us in their list of recipients. But receiving this award also comes with certain obligations. The recipient is required to post seven little known facts about the blog author as well as to pass the award along to 15 other recipients. (Interestingly, back in July of 2010 it was only five facts and five other recipients. Another prime example of runaway inflation.)

So since Patrice is still a little shaky from her recent bout with the flu, she unwisely allowed me to fulfill these requirements. (Actually I asked her if she wanted me to do this late last night while she was experiencing a fever-dream. I took "No! Not avocado!" as an affirmative.)

So without further ado, here are some little known facts about Patrice:

1. Rural Revolution is in fact a wholly owned subsidiary of Dow-Corning Int. Inc.

2. "Patrice" is actually a staff of five writers previously responsible for the popular TV programs "Little House on the Prairie" and, surprisingly, "Green Acres."

3. The picture of Patrice found on the blog was created using over 4000 separate pictures of other female self-sufficiency authors, all ran through a sophisticated morphing program to provide for the optimal visual attributes of integrity and honesty. (Separate bits of June Lockhart, Barbara Stanwyck, and Ma Kettle were added to provide a "country" overlay.)

4. All of Patrice's livestock are animatronic.

5. Many of Patrice's posts are actually penned by James Wesley, Rawles who occasionally feels the need to get in touch with his feminine side.

6. Much of the scenery shown on Rural Revolution was shot at Pinewood Studios in Buckinghamshire, England. Recent snow photos required over 200,000 pounds of refined sugar.

7. The part of Patrice's husband is played by an actor suitably made up to increase his inadequate rugged good looks and sex appeal.


Now as to those blogs we would like to honor with this award (in no particular order so don't get in a snit):

7. Gonzalo Lira (One of my choices)

10. The View From North Central Idaho

And a bonus because they're the best!
Paratus Familia

Survivalblog.com
(So Mr. Rawles won't come after me for the feminine crack.)
Posted by Patrice Lewis at 11:31 AM

Email ThisBlogThis!Share to TwitterShare to FacebookShare to Pinterest
Labels: humor, Husband of the boss, SurvivalBlog.com