Well, it looks like the new calf's name is officially Thor. I wasn't crazy about it at first but it's kinda grown on me. 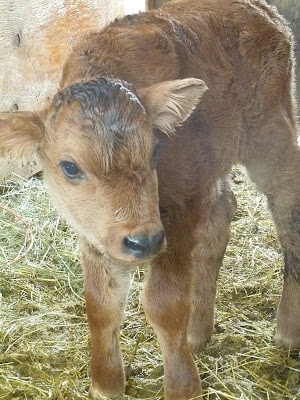 Thor is beautiful! Big doe eyes and dun or brown fur, not the reddish brindle coat that his older sister Pearly has. 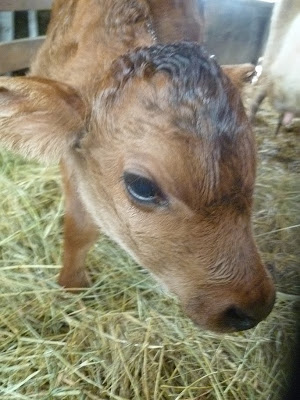 Calves are so durn cute at this age. It's hard to resist taking too many pictures. 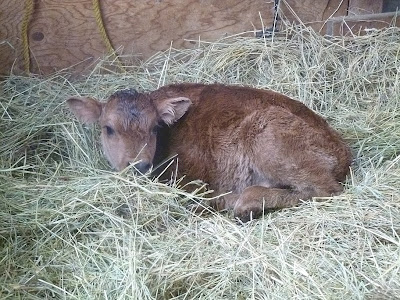 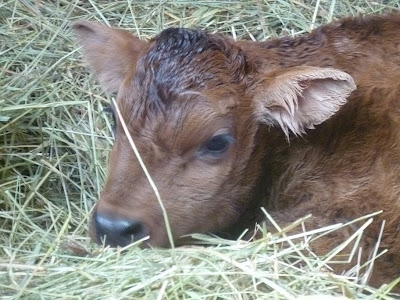 Despite Matilda's low-hanging udder, he's a healthy nurser. (Notice the bloody flux that stains the back of Matilda's bag, dribbling down from her vulva. Just the natural after-effects of birth. It will dry up and flake off in the next couple days.) 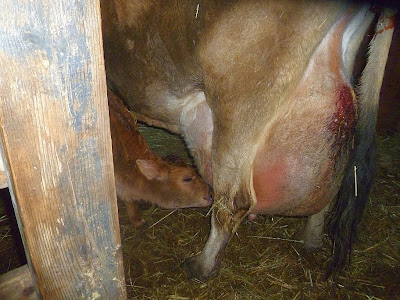 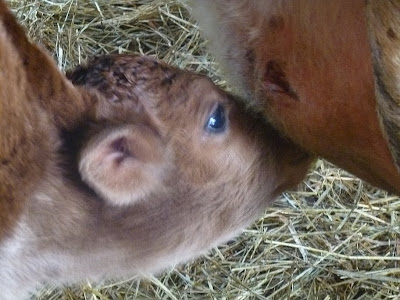 But - look closely above and to the right of Thor and you'll notice a nasty gash on Matilda's udder. (Sorry this photo is so blurry.) 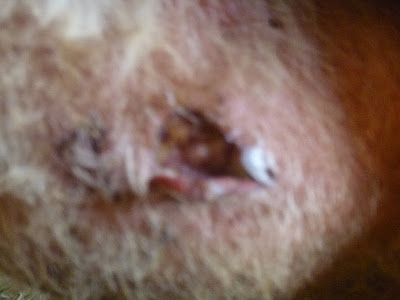 It looks like she tore it on a nail or something. Must hurt like the dickens! I searched the barn and didn't see any obviously protruding nails, so who can say how she got it. At any rate I'm keeping a tube of triple-antibiotic ointment in the barn and I'm slathering it two or three times a day to keep the wound from getting infected.

Notice how Matilda is nuzzling Thor's bottom while he's nursing? 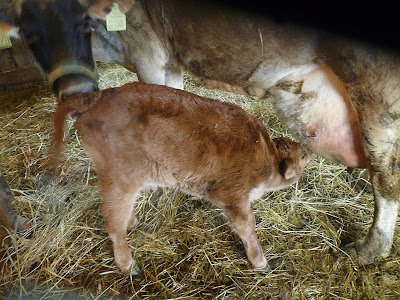 It seems revolting, but it is very typical behavior of a cow to vigorously lick her calf's bottom while it's nursing. It encourages a calf to deficate. Hey, whatever works I guess.

When we checked on Thor late yesterday evening, we actually found him half-covered with hay. This was the best thing that could be - hay is a superb insulator for farm animals. We actually totally covered him with hay before leaving the barn for the night - it was cold outside, and this meant little Thor (with a belly full of warm milk and a blanket of hay over him) was as snug as a calf could be. 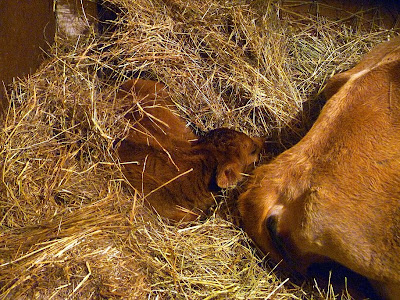 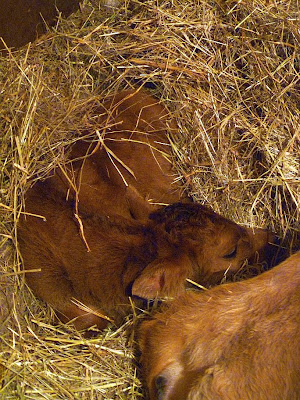 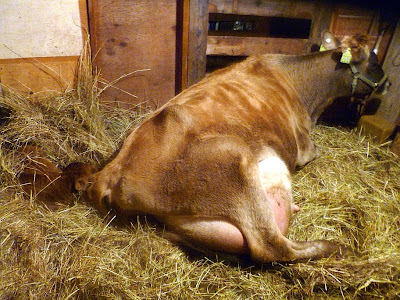 Posted by Patrice Lewis at 7:32 AM