Tomorrow is another day

Since I'm not nearly as recovered from this nasty flu as I think I should be, my mind still doesn't seem capable of wrapping itself around anything profound or significant in either the news or even in my reading material.

And in that regard, it appears I'm in excellent company. That's because I've been trolling around various fashion and makeup websites in the wake of Rural Revolution's Stylish Blogger Award. 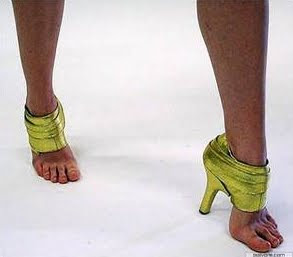 I take as much interest in fashion and makeup as I do in golf and pro-wrestling (which is to say, none). So why, you may ask, do I care what's featured on these sites? It's because I look at them like a train wreck - can't help it. They're so utterly trivial, so useless, so dumb.

Yet the people who run these blogs and websites DO take these issues seriously. So seriously that it's apparently to the point of everything else. Makes me want to say, get a life! 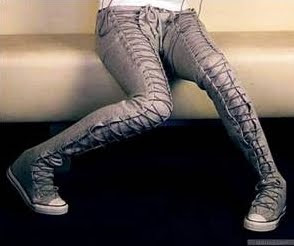 To be fair, if a reader of one of these fashion or makeup blogs were to stumble upon my blog, she would no doubt be equally appalled. Milking cows? Shoveling manure? Yuck! How gross! Doesn't this woman have a life?

And I suppose I can't get down too hard on fashion and makeup sites. There's nothing illegal or immoral about them. They feed huge international industries that employ millions. And women have taken an interest in fashion and makeup since the dawn of civilization, so my sour grapes doesn't change that historical fact. 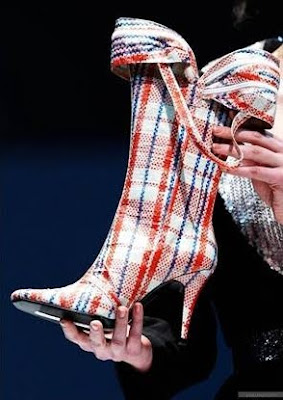 I guess my concern is when women become so obsessed with the shallow to the exclusion of the serious, it makes me concerned that they won't be able to handle anything BUT the shallow.

On the other hand, I suppose I shouldn't worry. Scarlet O'Hara started shallow and look how she pulled off handling a war.
Posted by Patrice Lewis at 11:55 AM

Email ThisBlogThis!Share to TwitterShare to FacebookShare to Pinterest
Labels: fashion