Where did this come from? Snow wasn't in the forecast! 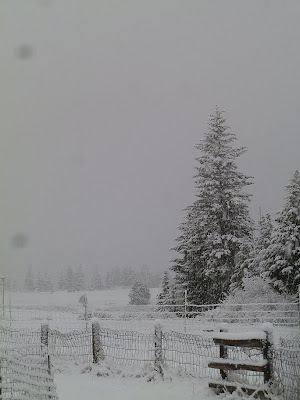 When I got up this morning, we had at least four inches of wet snow and it was coming down like crazy. In contrast to the poor folks in the Midwest and East, we haven't had snow on the ground for several weeks. 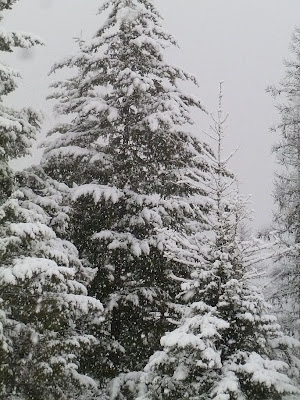 The chickens were not amused. 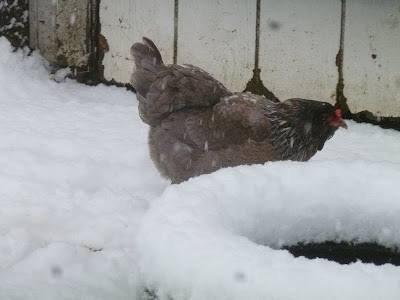 They were reluctant to come out from under the awning by their coop. 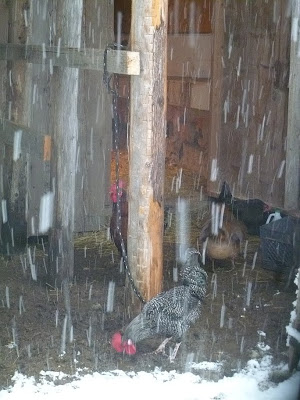 And what did Thor think of his first glimpse of the white stuff? At first, not much. He wouldn't set foot outside. 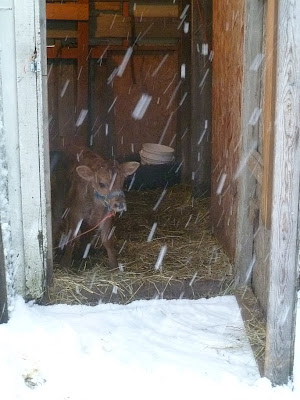 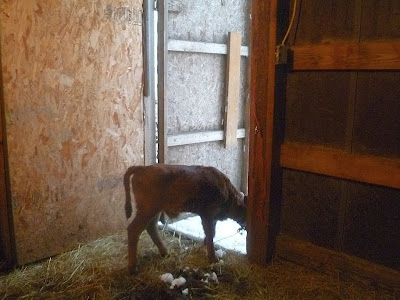 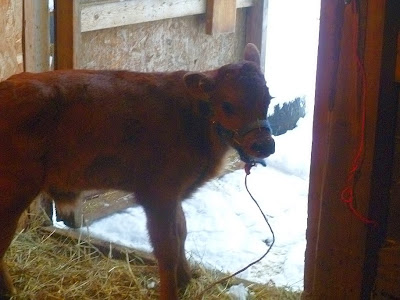 But he finally mustered up his courage and stepped out. 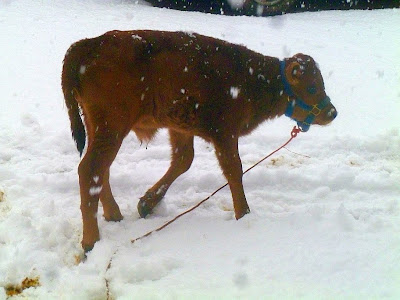 At first he didn't seem impressed. 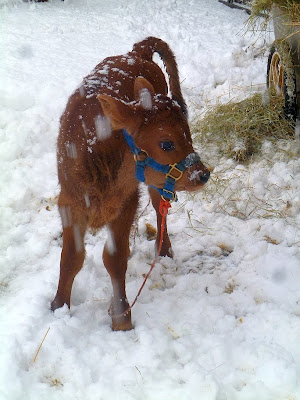 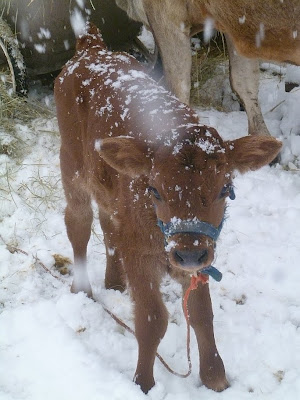 But he soon changed his mind. Wheeee, this is fun! 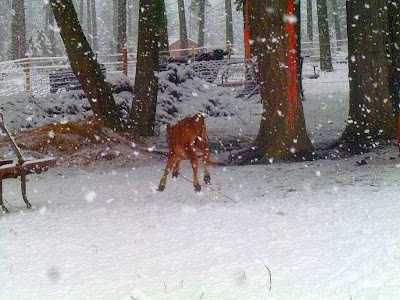 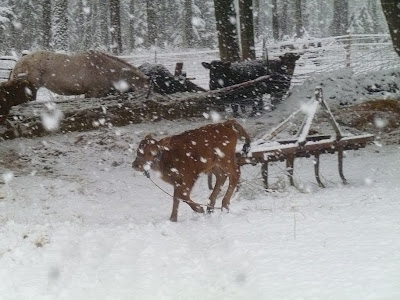 He galloped so fast the camera had a hard time focusing. 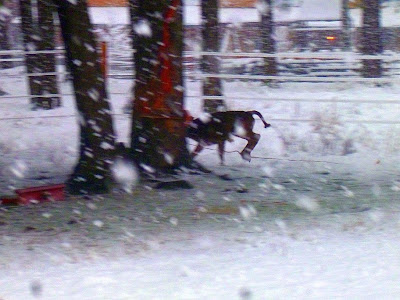 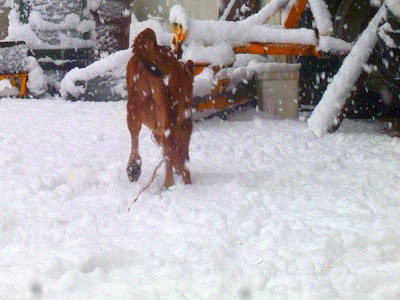 Lydia came in with big ol' chunks of snow on her furry dewclaws. 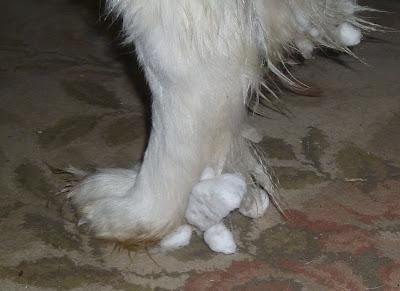 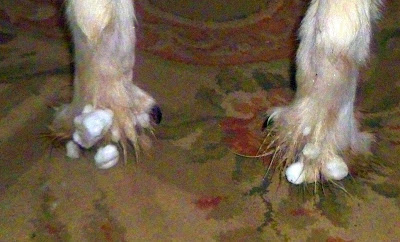 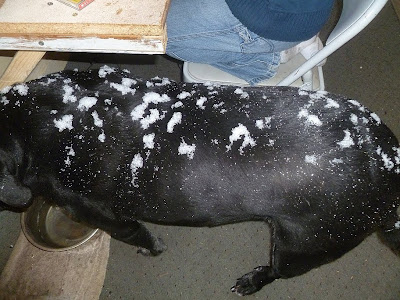 Tuesday is the day the girls and I go to Spokane (music and gymnastics lessons) so we'll see what it's like to drive in this mess! 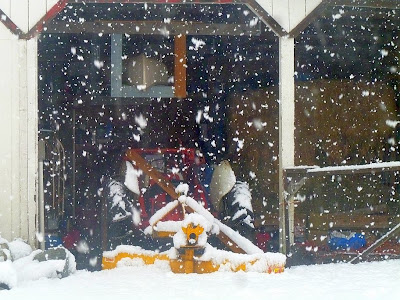