Jet and her new calf Sparky have spent a couple of boring weeks in the corral. We tried to dehorn Sparky when she was a few days old, but couldn't find the horn buds. We had to keep her close until we could dehorn her. Here Jet keeps a protective eye on her calf. 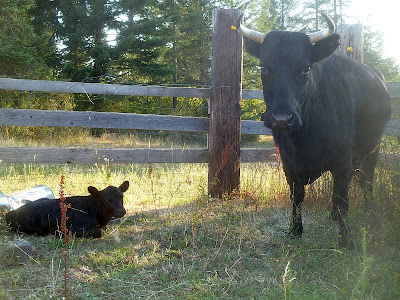 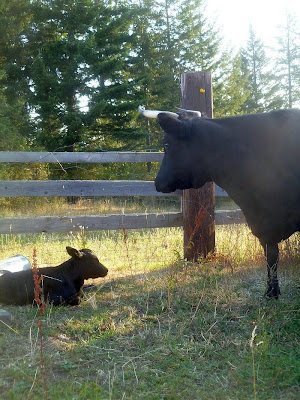 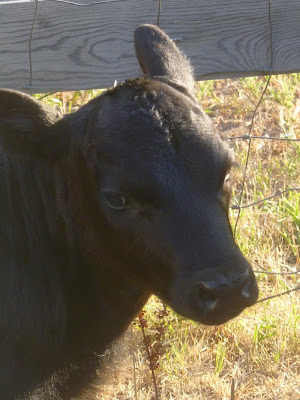 Since Sparky is now about two weeks old, she had a little more kick in her when we finally got her dehorned. It was a three-person operation: Don, me, and Older Daughter (who held Sparky's head still while we dehorned).

Here Sparky is wearing her duct tape helmet, which keeps the caustic dehorning paste from rubbing on Jet. It was evening and these shots were taken with a flash, so they're not the best. 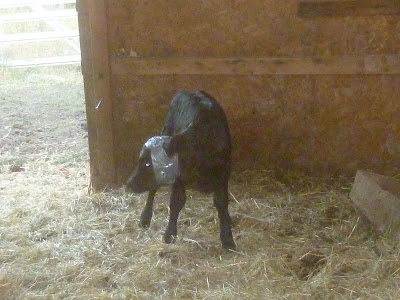 Not a happy calf! 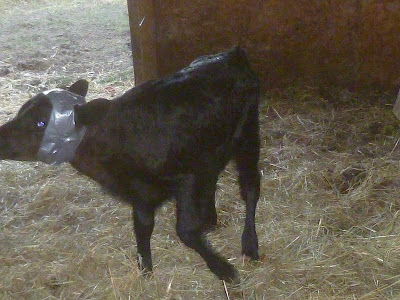 The next morning we snipped off the duct tape and Sparky was finally ready to meet the rest of the herd. We opened the gate and released them. Jet knew exactly where to go! 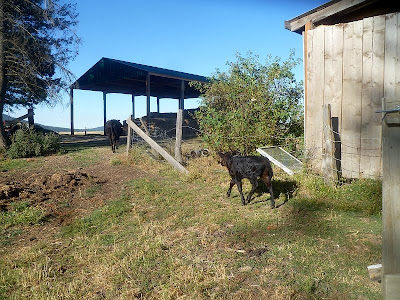 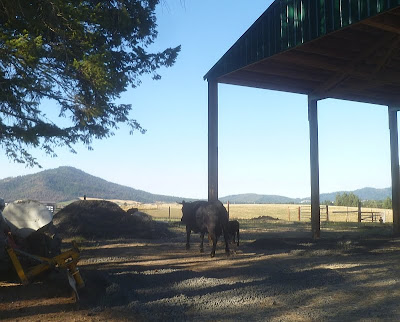 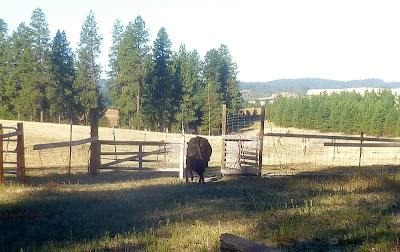 That's pretty much the last we'll see of Sparky for about a month. Right now we're leasing a neighbor's property to graze the cattle (where those big trees are in the distance) and they mostly hang around down there because there's a pond. The herd will come up and say hi every so often, but there's more food on the neighboring property. As fall comes, we'll move the herd back into the woods and start supplementing their feed. 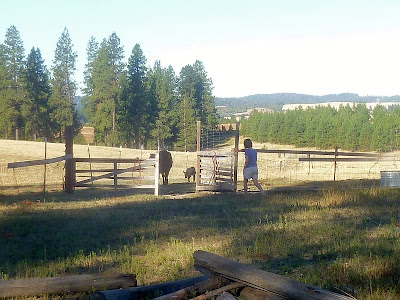