Younger Daughter has been wanting to cut her hair again. She has very thick hair that's hard to keep from getting knotted, so she likes it shorter. It's always harder on me than on the girls when I cut their hair 'cuz I love long hair!

Both girls cut their hair almost two years ago and donated it to Locks of Love. Older Daughter's hair isn't quite long enough to donate yet, and Younger Daughter's was barely long enough.

Here's the "before" picture: 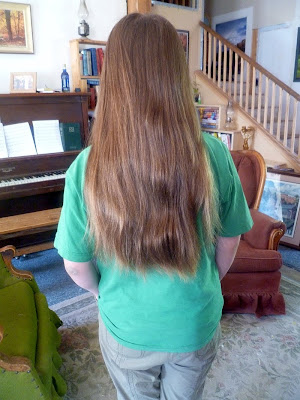 In a pony tail at the minimum length... 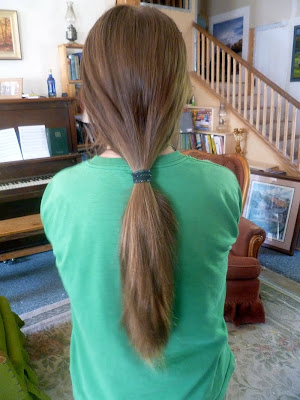 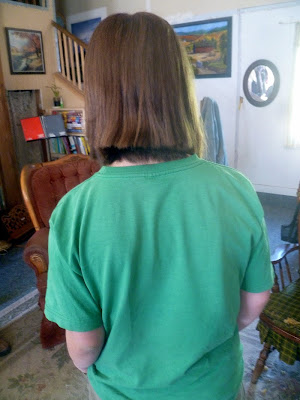 She loves it short! (Don trimmed and evened it up later on.) 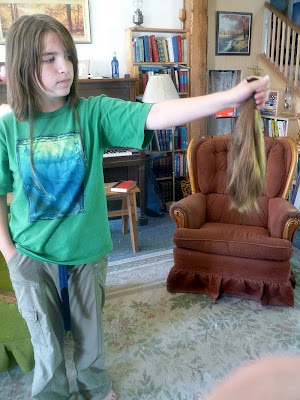 Seemed kind of strange to see this disembodied pony tail hanging around... 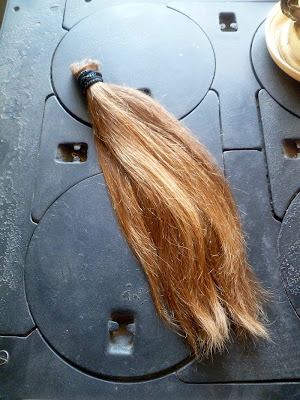