Last July, our neighbor Enola Gay made some fried apple pies to bring to a neighborhood Independence Day celebration. They were outstanding! I was pleased when she blogged the recipe shortly thereafter because I've been wanting to try them myself.

I had my chance this weekend for our neighborhood potluck when I decided to make fried apple pies for dessert. I won't reprint the recipe since you can find it on Enola's site.

I started by melting margarine in boiling water... 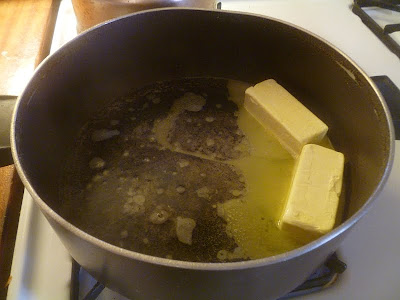 ...then added sugar and salt. 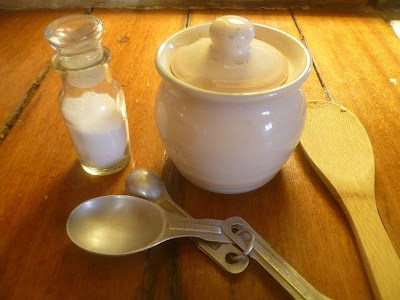 Adding the flour. This made the dough very stick and got harder to mix as I added the full amount of flour. 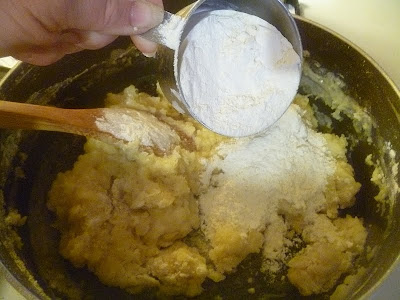 In fact, it got so hard to mix in the pot on the stove that I ended up dumping everything out on the breadboard and kneading it together, which worked out fine (except the dough was HOT!). 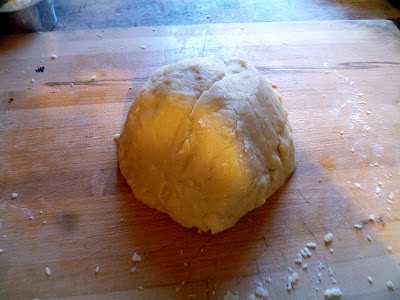 I put the dough in the refrigerator to chill for half an hour, then pinched off a big chunk and rolled it out thin. 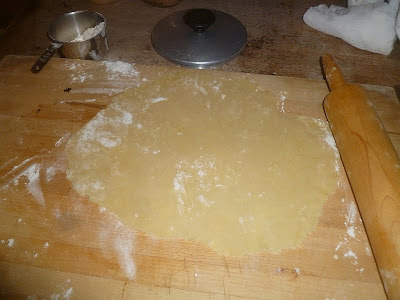 I used a pot lid to make circles, about six inches in diameter... 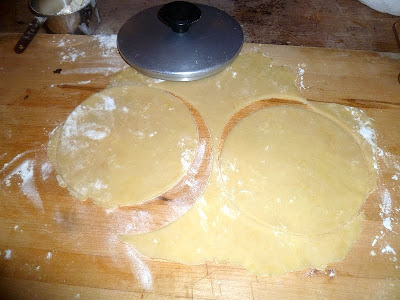 ...and stacked them on a plate. I got about eighteen pie shells from the batch. 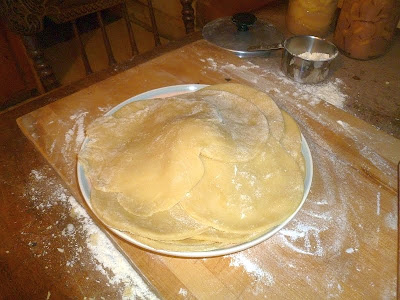 I used apple pie filling to fill the pies. (In case you're wondering about the difference in color between the two jars: these are from separate batches of pie filling, and in the batch on the left I used lemon juice to keep the apples from discoloring. That's the only difference.) 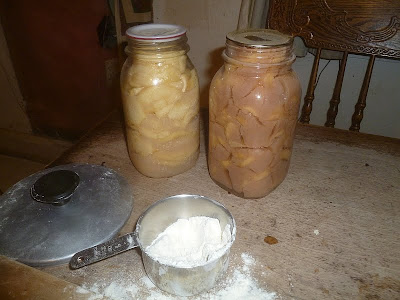 Each pie doesn't take much filling. I folded the dough over and pinched the edges with a fork. 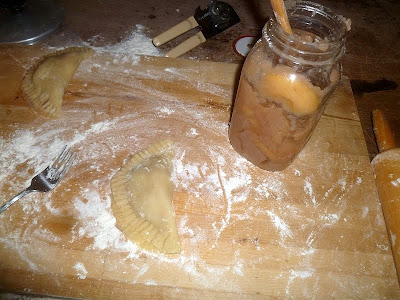 Out of the 18 pie shells I cut out, one quart of apple pie filling filled 17 of them, so I had one shell left over (which I fried anyway and the kids ate). It certainly wasn't worth opening a second quart of pie filling just for that last pie.

I could fit four pies to a pan. Frying on the first side... 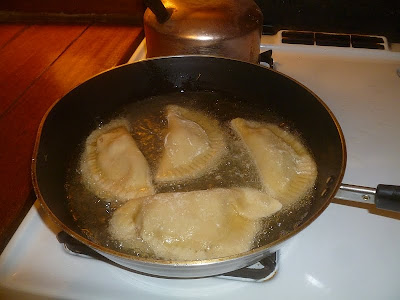 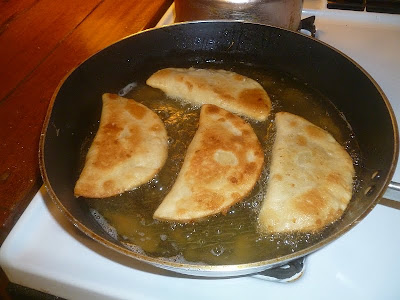 While the pies were frying, I made the icing. 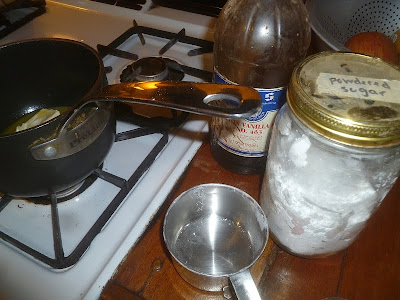 The results were out-of-this-world delicious. 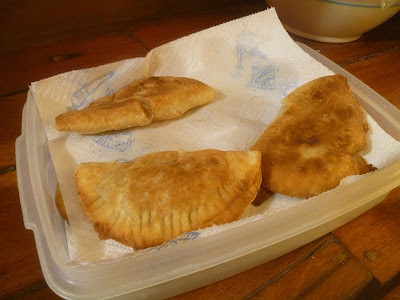 This first batch was experimental, to see (a) if they worked, and (b) how many I could get out of a batch. So the next day I doubled the recipe and made a larger batch for the potluck. Ended up with 36 pies and used two quarts of pie filling. 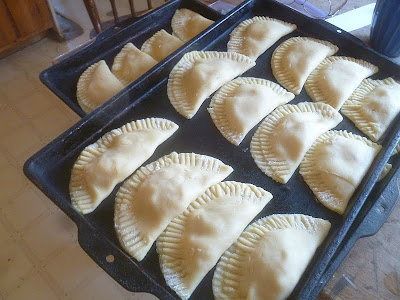 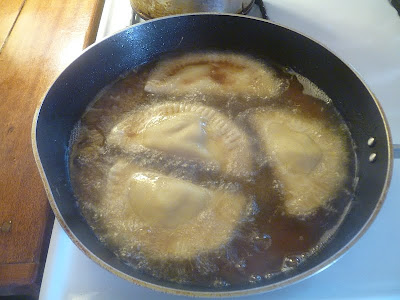 Took awhile to fry all 36, but finally got them done. 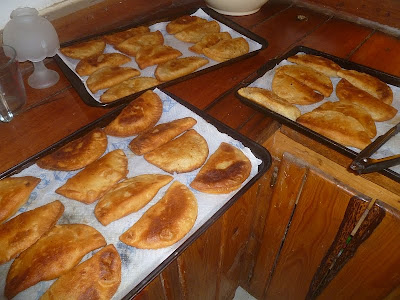 The pies were such a hit at the potluck that I knew I had a winner recipe to add to my repertoire. By the end of the evening, all 36 pies were nearly gone. Thanks, Enola!
Posted by Patrice Lewis at 8:31 AM