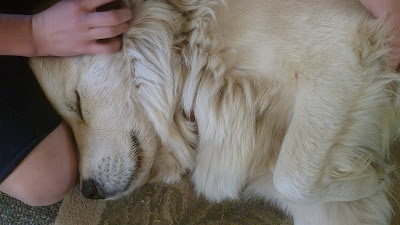 Brit watches as the barn gets built. 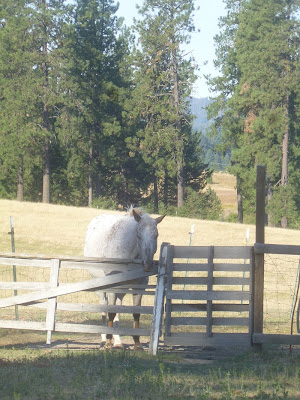 A typical site this time of year: cluttered workroom as we frantically make stock to ship to the Kansas City Renaissance Festival. This is the opening weekend (it continues through mid-October) and we hope sales will be brisk. 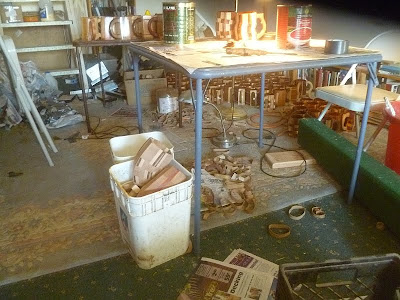 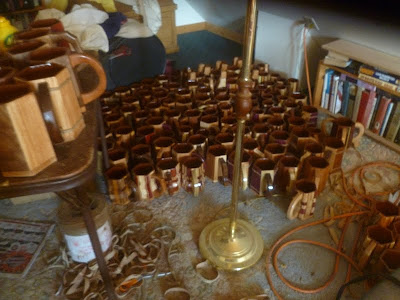 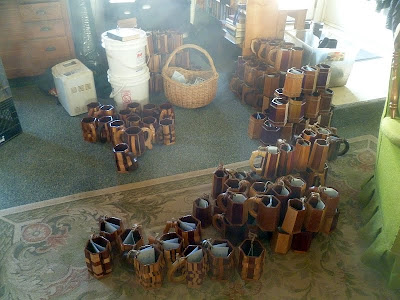 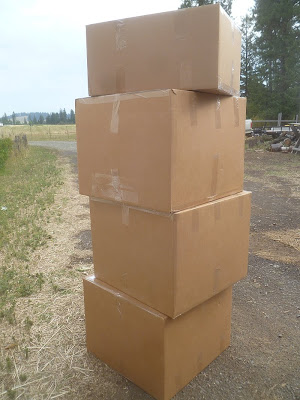 A hardware store in the county seat town was providing a very nice free service, testing gauges on pressure canners. 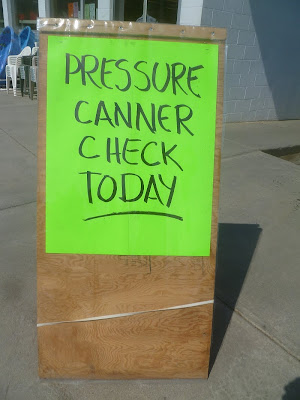 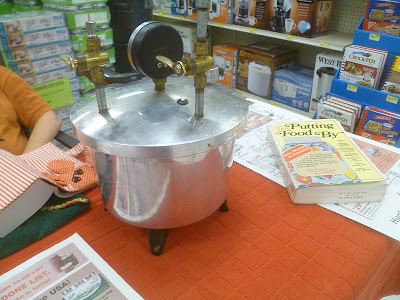 A neighbor's daughter just returned from three months in the Philippines doing medical missionary work. She brought presents for people, including this hammock for Older Daughter. I thought it was typical Country Kid ingenuity that had her using the tractor to hold up one end. 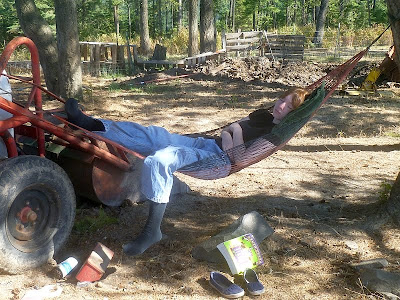 Some hens just hangin' out by the hay bales. 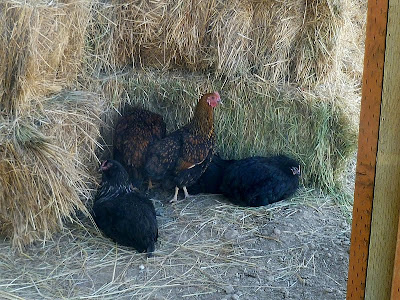 I went to buy wood from our dealer in Coeur d'Alene last week. He had in stock the biggest maple burl I've ever seen. I put my glasses case on it for perspective. 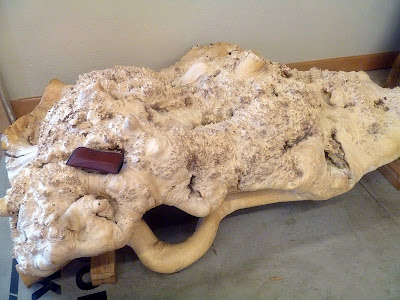 The nice part about having a pocket camera is I can take photos whenever I like. These are prints being sold in Costco which I thought were pretty. Much cheaper to take pictures than to actually buy the pictures! (Though admittedly less profitable to Costco.) 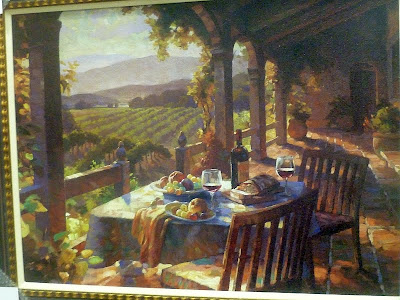 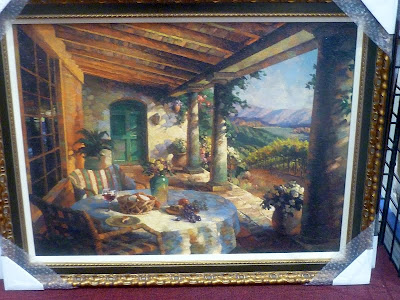 I got stung by a yellow jacket the other day and decided to try a home remedy I learned from my friend Enola Gay: a piece of juicy raw onion applied on the sting. 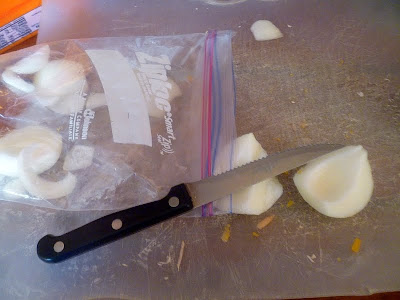 Worked beautifully to take the pain away, though I still had a heckuva welt for a few days. 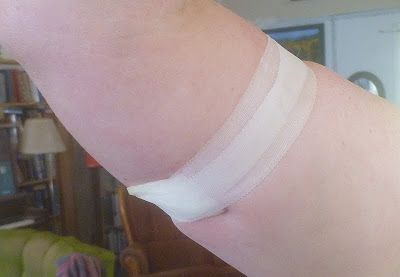 Our evening herd of deer. 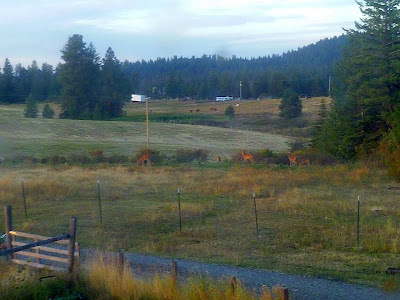 Fall color is just starting to touch the ninebark bushes in the woods. 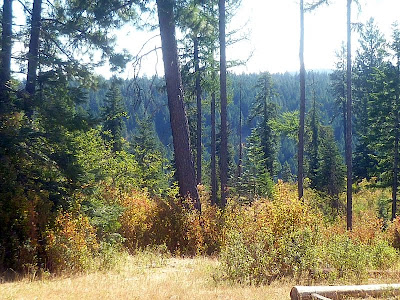 A chicken investigates the wheelbarrow. 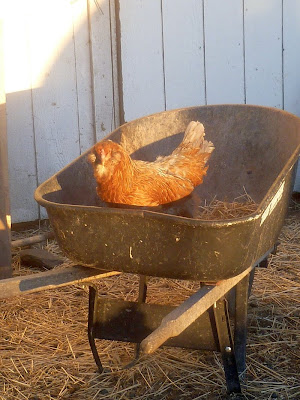 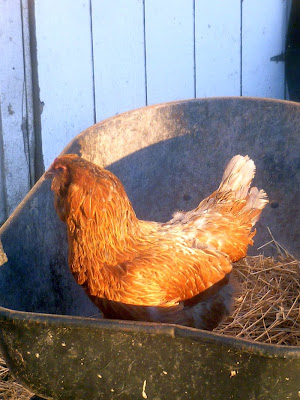 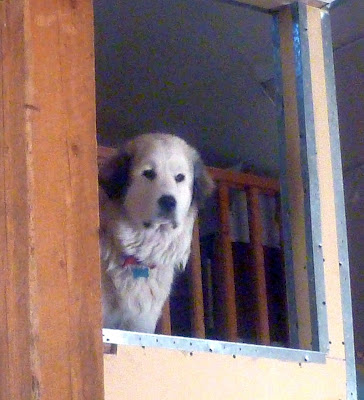 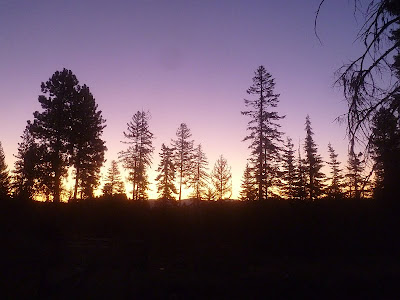 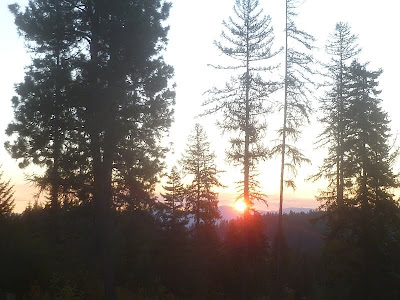 Early sunshine in the barn. 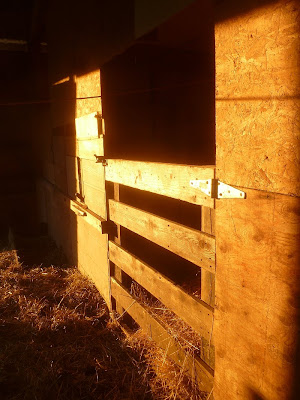