Well after a number of false alarms, our cow Jet finally had her calf. Another girl! (Secretly I was hoping it would be a boy so we could have fresh meat in two years...but oh well...) 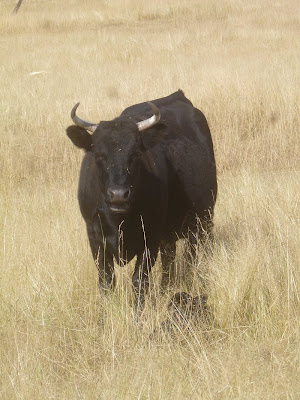 I'm not precisely sure when she was born -- it was sometime while I was in Florida -- but probably Monday. 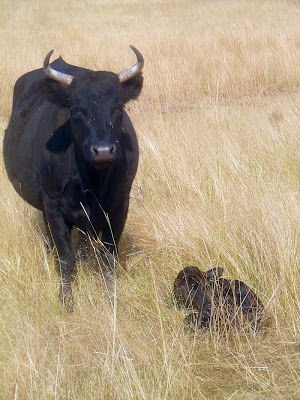 It's Younger Daughter's turn to name this calf, but up until today we weren't sure of the gender, so no name has been decided yet. (I'm favoring Sparky for some reason -- don't ask me why -- but the final choice will be up to Younger Daughter.) 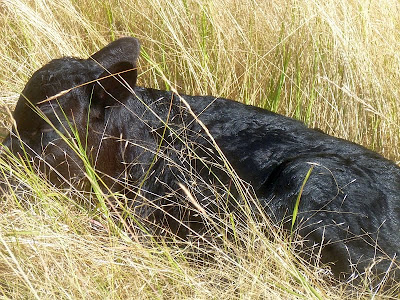 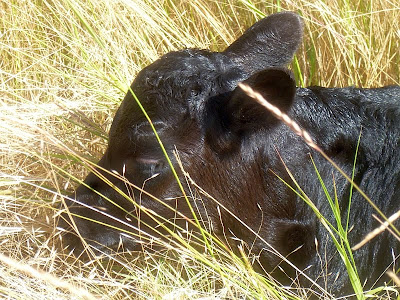 We pulled Jet and the calf into the barn this evening to dehorn, but oddly enough we couldn't find the calf's horn buds. We certainly won't apply the caustic dehorning paste on her tender little skull unless we're sure where those horn buds are. So for the time being Jet and the calf are confined to the corral/barn until those little buds become feel-able. 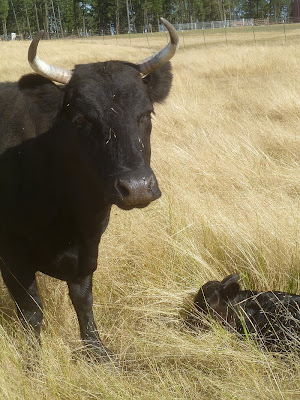 There is a micro chance the calf is polled (genetically hornless), but as we've never had a polled animal (it's double recessive), we aren't counting on it.
Posted by Patrice Lewis at 9:02 PM