So it can never be taken away

We've started back up with our schoolwork this week, along with millions of other kids around the country. Once more it's the usual round of math, science, history, geography, civics, literature, etc.

But something interesting happened on Monday. Before breaking from school during the summer, we had been studying the Declaration of Independence, using as our guide the excellent book Self Evident Truth by Bruce Gordon. I was requiring the girls to memorize parts of this document, specifically everything except the list of usurpations of King George III. It's a big project to memorize such a piece, but I was encouraged by the thought that if generations of previous school children could do it, so could my girls. 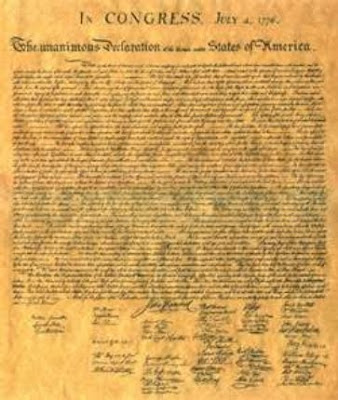 By the way, civics was never a subject I learned in public school in the 1970s. This was an area where I want my kids to be better educated than I was.

It had been a few weeks since we'd done any schoolwork, so I half-expected the kids to have forgotten much of what they'd memorized. But I was wrong. Rather spontaneously they started reciting the first two paragraphs in tandem, alternating lines. When one would stop, the other would take over. It was quite nifty, really, and when they finally petered out and started laughing, I commented how if they actually memorized the whole Declaration (including the list of usurpations) and recited it in tandem as they just did, they could almost perform it at a talent competition. 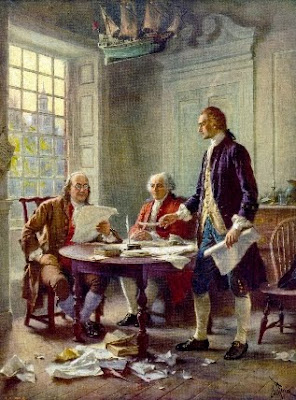 Half-jokingly, Younger Daughter mentioned that bribes might encourage them to accept this challenge. One thing led to another, Don agreed to the bribes, and suddenly our girls have a fine civics challenge: to memorize the entire document start to finish; to recite it in tandem while being videotaped; and to post that video here on the blog.

This challenge has galvanized the kids. Suddenly it's harder to get them to focus on science or geography because they're muttering the Declaration under their breath. "For a fish tank, I will do it," Younger Daughter commented.

The deal is, they have to have this down cold by the end of November. I told them such a challenge would do more than just hone their memorization skills; it would also teach them elocution, an under-appreciated skill that is no longer taught in schools. 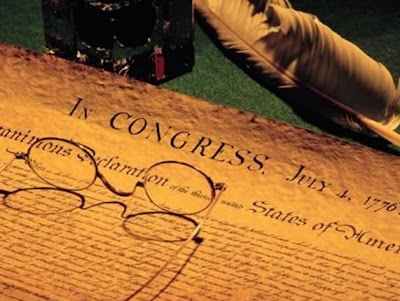 But most important, memorizing this immortal document means it can never be taken away from them. Our government can betray us all it wants; but our girls will always know how our country came to be as long as they understand the meaning of the Declaration of Independence.
Posted by Patrice Lewis at 1:35 PM

Email ThisBlogThis!Share to TwitterShare to FacebookShare to Pinterest
Labels: Declaration of Independence, homeschooling