Some random pix from the last few days. 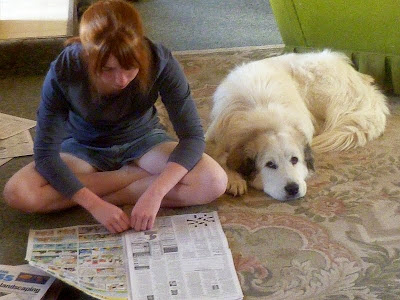 ...with faithful Lydia lying beside her. 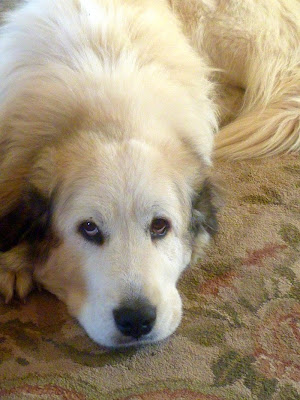 For last week's potluck, I made lasagna. 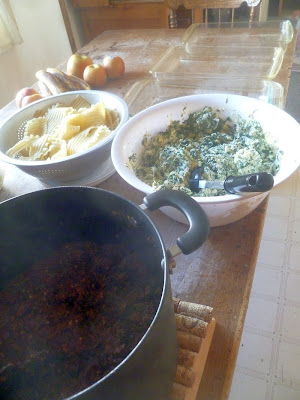 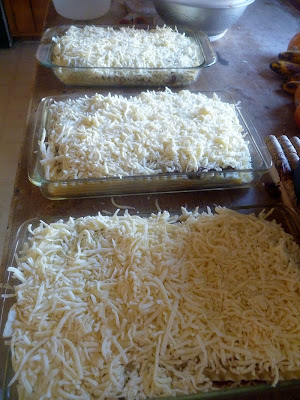 This year Older Daughter is making a special study of literature. I found these books on the floor of her bedroom: Gone With the Wind, Twice Told Tales by Nathanial Hawthorne, and some selected writings of Edgar Allen Poe. 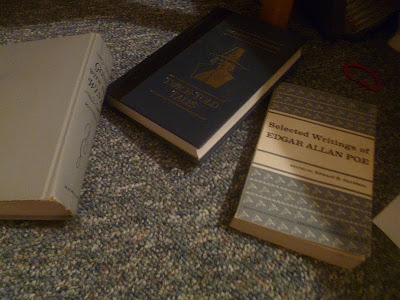 Meanwhile, Younger Daughter had been doing some schoolwork on her bed: math, and reviewing the state capitals. 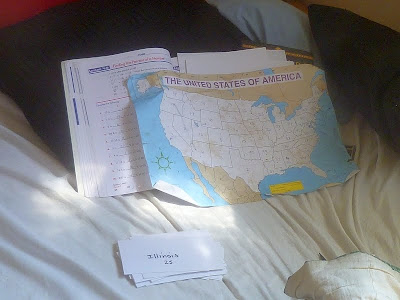 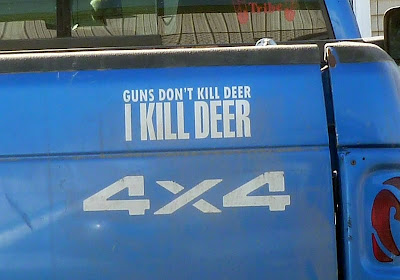 Some pretty early fall color out the back door of the barn. Click to enlarge, this one's pretty. 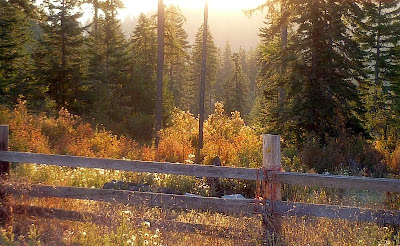 Don is on his way home from the Shrewsbury Renaissance Faire in Philomath, Oregon (roasting hot, lousy weekend of sales). Prior to going to the fair, he spent weeks working on a push cart so he wouldn't have to use a booth. (A cart can be pushed into the shade, you see.) Here the wheels are drying after a coat of paint. 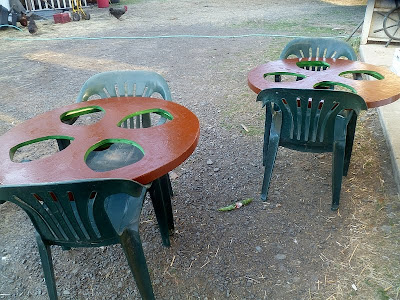 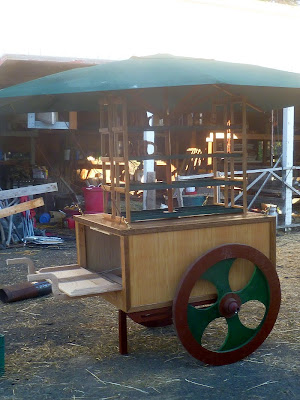 He took it on a brief tour around the driveway with some tankards on the shelves, to see if anything rattled loose. Nope, solid and secure. 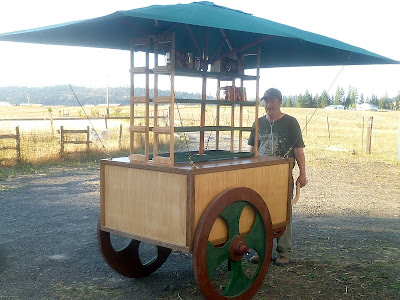 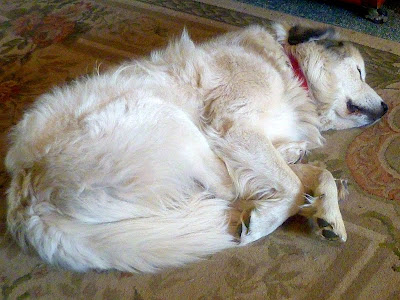 ...with her legs a tangled-up puzzle. 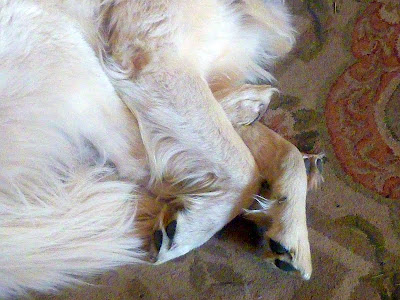 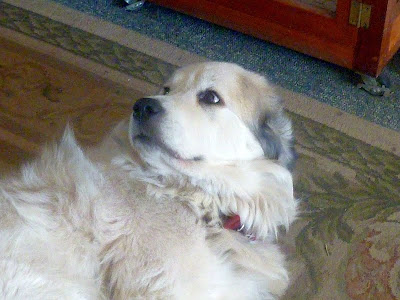 Chickens on a lumber pile. 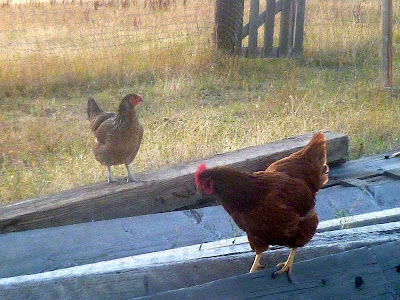 Our one healthy fruit tree (a pear) is producing well this season. 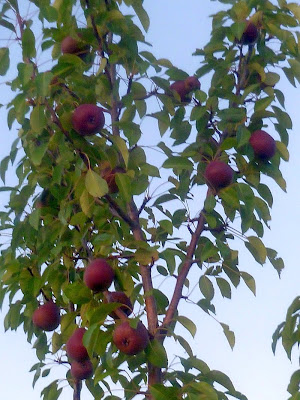 We had such a cold wet late spring that I don't know if the pears will have time to mature before the frost hits. The race is on! 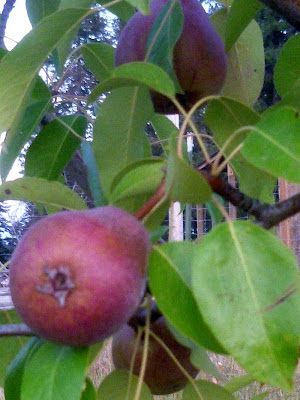 I liked the way the evening sun shone through this little oil lamp. 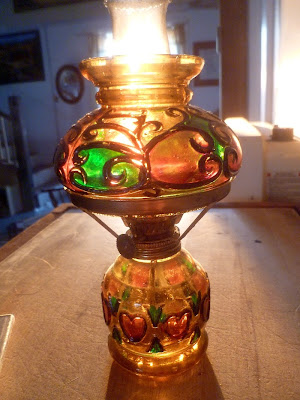 The morning sun lights up the hay bales, all those beautiful beautiful hay bales. 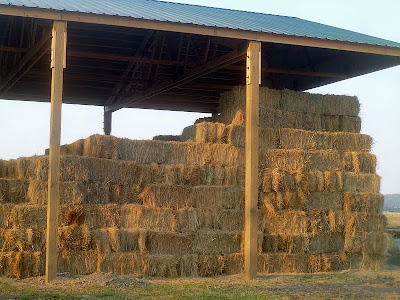 Snap, our one remaining rooster, in all his manly arrogance. Our other rooster, Red, broke his leg a few weeks ago, and we had to put him down. 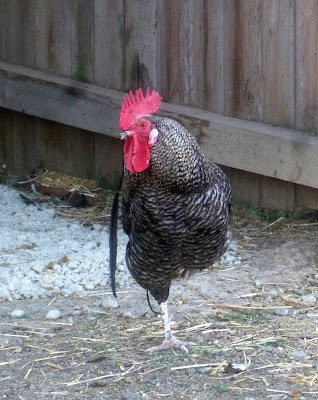 Time to take the hummingbird feeders down for the season. The hummers are gone, and the feeders are doing nothing but servicing some angry and aggressive bald-faced hornets and yellow jackets. 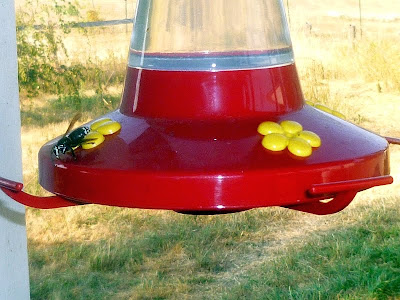 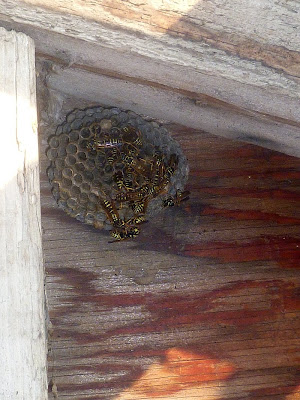 Snoring in the yard. 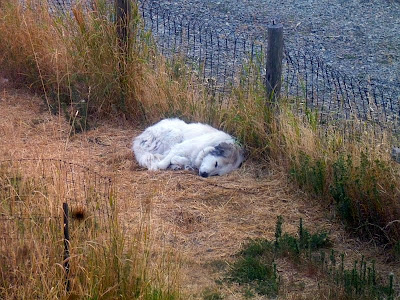 Snoring on grandma's lap in church. 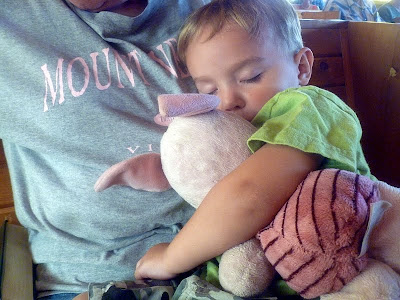 The T-shirt of a southern friend. 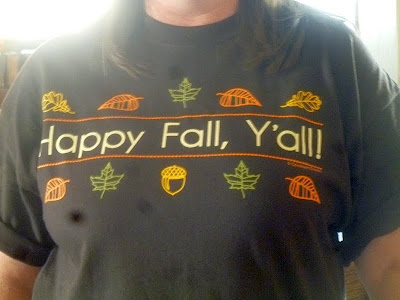 Oh, so that's where they've been hiding their eggs. 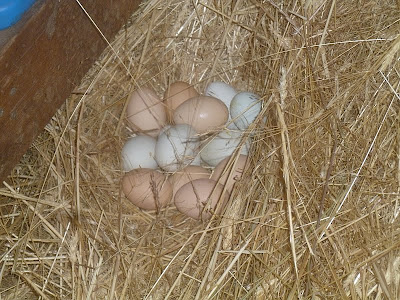 I heard a lot of squawking and cackling in the yard today, and stepped outside to see a merlin(?) attacking one of the young hens. I shouted and ran toward it. It flew up into a tree and looked at me arrogantly. After a few minutes it flew away. The little hen was crouched, terrified, by a wheel of the tractor. I picked her up and smoothed her feathers, and put her in the coop. 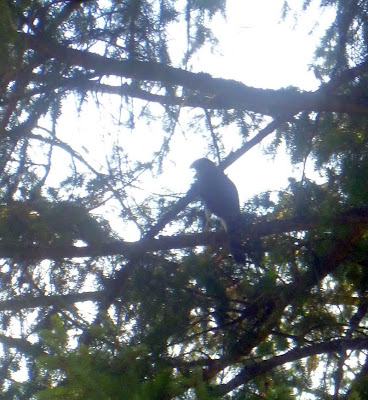 A pretty sunset, a few days ago. 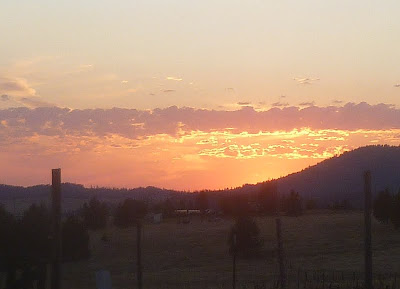 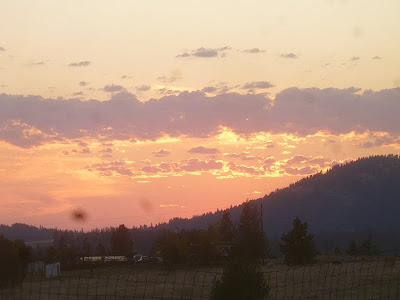 Last night's blood-red sunset, appropriate for the 10th anniversary of 9/11. 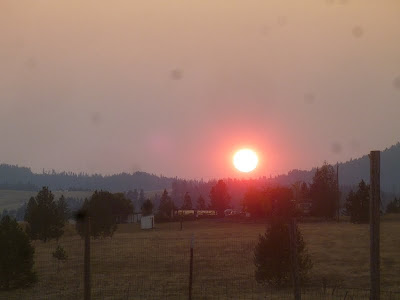 Posted by Patrice Lewis at 1:34 PM