The urge to purge

Do you ever get the urge to do some nitty-gritty decluttering around the house? Guys, this urge probably doesn't overcome you very often (no offense), but I suspect every female knows exactly what I'm talking about.

It's been a quiet weekend for me because the girls are staying with their grandparents for a couple of days. I actually experienced some boredom (a nice change, now that I think of it).

So I gathered all the shampoo and conditioner bottles and started the task. 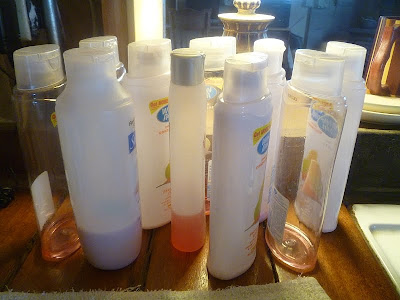 But then I noticed two dusty bottles of Irish Cream I'd made years ago and which I had put in the cabinet (because it was dark) to age. Um, something told me those bottles were way past drinking. Out they came. 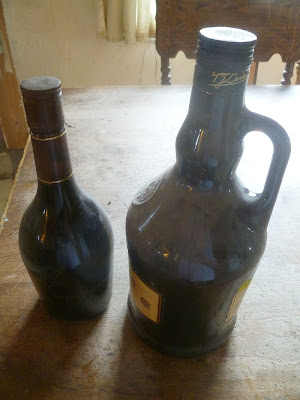 Then the little plastic stacked drawers we use for holding miscellaneous stuff caught my eye. How long had it been since I'd purged those drawers of unneeded clutter that tends to collect? Ages. I cleaned them out and reorganized them into dedicated tooth-care drawers... 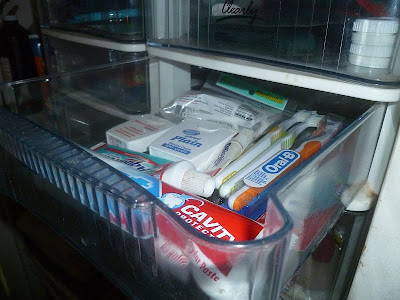 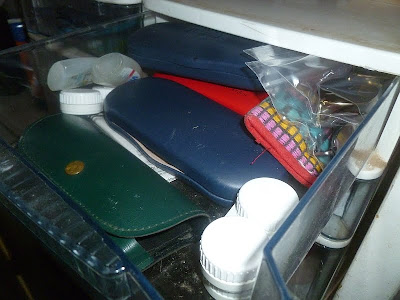 On a roll now! I combed through the pantry and discarded the empties that somehow sort of collected. I combined two half-empty containers of syrup into one. I tossed out the jar of maraschino cherries someone gave us and which I know darned good and well we'll never eat. I also made note of some things we're low on: aluminum foil, paper towels, crackers.

I get this way every so often. I like to think we're fairly low on clutter in our house, but you know how it goes: things tend to creep in. Also, since we've become Preppers, my tolerance for "clutter" has had to increase since we're storing more things than before.

Sometimes people tell me their living spaces are too cramped to allow them to become Preppers, and they're often right.  This is especially the case for (cough) the poor unfortunate souls trapped in urban apartments. I've seen pictures of apartments in New York City and can't believe the sizes -- they're so tiny!

But even the smallest, most efficient living quarters tend to collect junk without us realizing it. Even the littlest things like hairpins which have lost the little plastic tip and which makes using them feel like scraping wire across one's scalp (which it is) are useless, so why keep them? Do we expect them to re-grow the little plastic tips?

I'll bet you dollars to donuts if you went through your home with a fine-tooth comb and discarded the stuff you really don't need, it would free up a surprising amount of space.

Since the economy has gone south, the number of people shopping at thrift stores has skyrocketed. As a result, stores are begging for donations. Perhaps now is the time for us all to get the urge to purge unnecessary and unneeded stuff and donate it to stores where it can be recycled for those who can use it.

And in doing so, you've cleared spaces where, just perhaps, you can store something more useful -- like Prepping items.