All this hoopla with the book hasn't made me forget we're still homesteaders trying to increase our degree of self-sufficiency. We decided to dedicate our summer to building up the infrastructure of our garden and putting in raised beds, among other things. The strawberries are in and doing well. Next was raspberries.

I filled in the raspberry bed just as I did the strawberry beds -- newspapers, hardware cloth, then layers of topsoil, composted manure, and more topsoil. I did this all in a hurry because I received a phone call from a local friend that her raspberries were spreading and we made a date for me to go over and dig some up to transplant.

This family had a handsome flock of Jersey Giant chickens, a breed I'd never seen before. They are large and meaty, and lay brown eggs. The rooster in particular was very handsome. 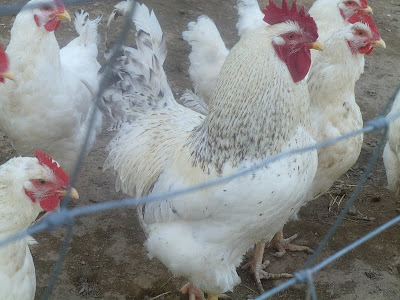 We dug up a bunch of raspberry starts and I brought them home. We tried to keep the roots surrounded by the original dirt when we could, but it wasn't always possible. 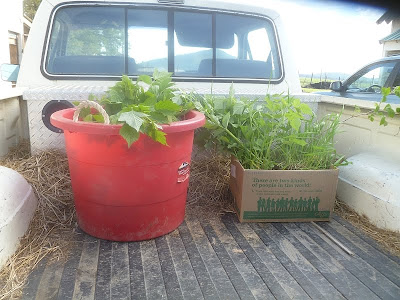 The important thing is to get them planted as quickly as I could. 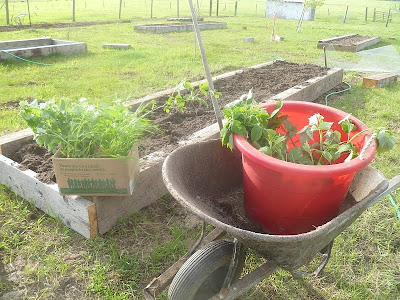 This start has a lot of its original soil (as well as a bunch of grasses) so it should suffer minimally from transplant shock. 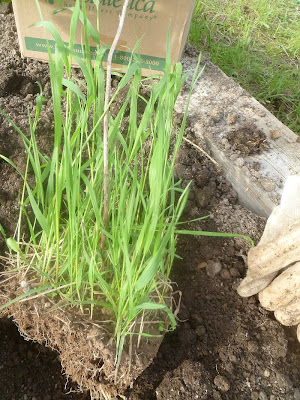 Other starts came home with little to none of their original soil around the roots. By the time I got all the starts planted, some were already starting to droop from transplant shock. 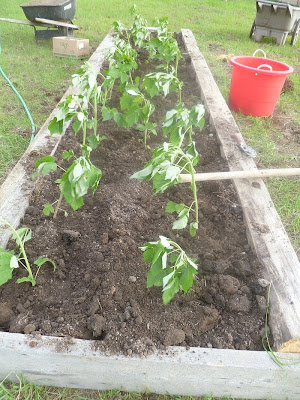 I gave everything a good watering before being done for the evening. 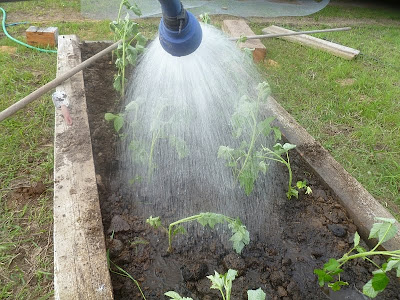 The next morning, many of the starts were drooping alarmingly. 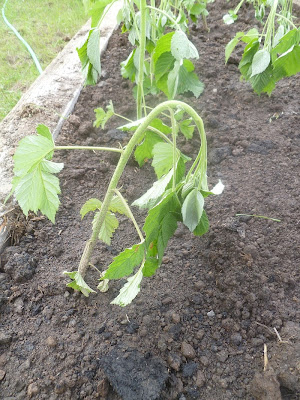 Despite the dramatic impression, though, I'm confident most of them will recover. I gave everything another good watering to help them along. Raspberries are quite hardy and tough, so those that survive the transplant shock should be okay after a week or so.

I won't try to harvest anything this year, of course. It's better to pinch off any blooms and let the plants concentrate on establishing themselves. But I have visions of fresh raspberries and cream next summer!
Posted by Patrice Lewis at 8:29 AM

Email ThisBlogThis!Share to TwitterShare to FacebookShare to Pinterest
Labels: raspberries