Random pix and a surprise

The day started with some residual wind from yesterday's storm, and it was very cold. At 26F, I had to break ice off the cows' water tub this morning. Coupled with the wind, it made for a miserably cold day, even though we got some sunshine. The woodstove felt good.

The cows teasing the dogs. 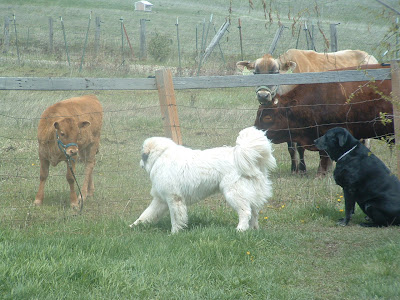 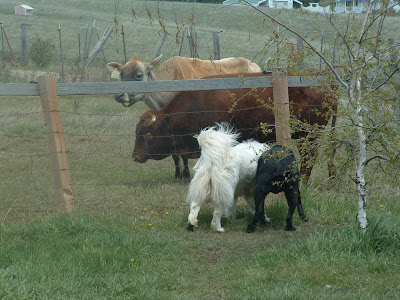 Sunshine on daffodils. See them bending in the wind? 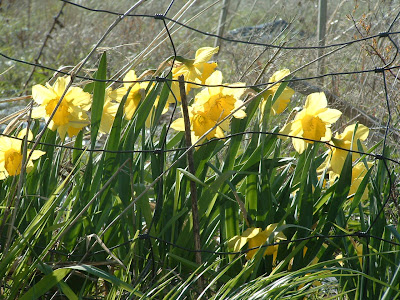 A neat-looking isolated squall in front of the butte. You can see the sheets of roofing tin that had been flung around by yesterday's gale-force wind. The tin pieces had been stacked neatly in a pile and anchored with a two-inch thick ten-foot board - and the wind still tossed them. 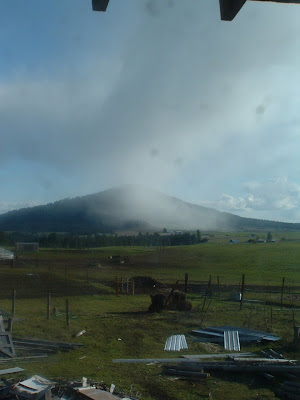 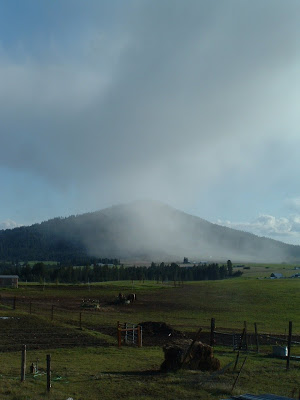 Believe it or not, these chicks are not eating. They're sleeping - with their heads tucked into the food trough. Silly. 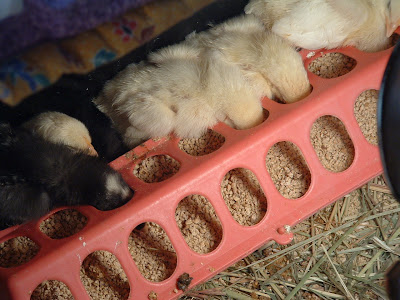 About 7 pm, Younger Daughter went behind the barn to fill the water tank. She came back and reported that Ruby, one of our herd matrons, looked a bit hunched over and had a turgid udder. Yep, those farm kids...able to identify when a cow is going into early labor. I went around the barn and confirmed that Ruby did, indeed, look like she was in very early labor. So we all armed ourselves with poles and herded a reluctant (and frankly pissed-off) Ruby into the barn. Into Matilda's milking stall, actually. Ruby is a testy cow with not exactly the sweetest disposition (let's put it this way: she has horns and knows how to use them!), so she wasn't at all pleased to find herself locked in the barn. But though the wind had finally died, the night promised to be cold and I don't like calves being born in the woods - too much chance of predation. So into the barn she went.

At 10 pm, Don came in and announced, "Want to go see the new calf?" Wow, that was quick! The kids tumbled out of bed and threw on warm clothes, and I took these awkward photos of a slimy calf. Ruby is still drying it off. It was shivering in the 30F temps, but it's a whole lot better off in a protected barn than out in the woods!

Can't tell yet if it's a heifer or a bull calf. It sort of has a "heifer" head - longer, more elegant than bull calves. We'll find out by tomorrow. 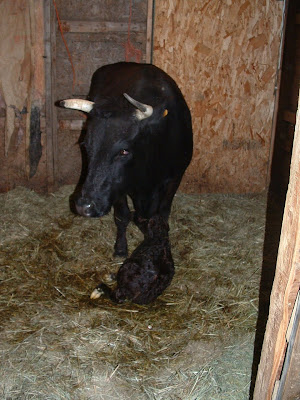 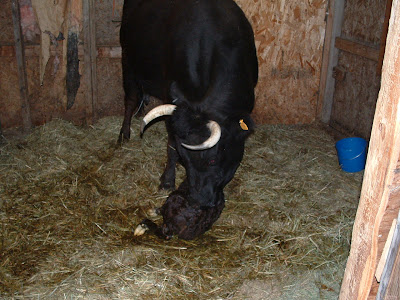 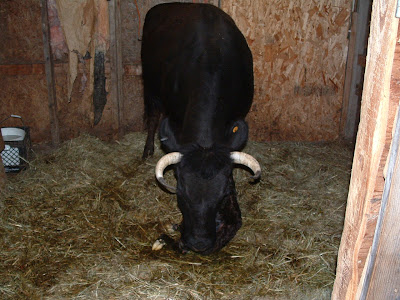 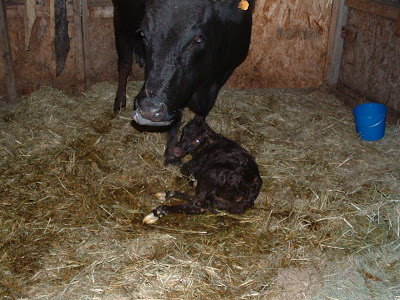