My computer is dying

Yes it's true. My trusty and well-used Dell Inspiron 1501 is starting to cough and hiccup and gasp a few more times than I'm comfortable with. It's latest trick is to turn itself off, unexpectedly and without provocation, with a mere 30-second warning... which, if I'm in the middle of writing a column, may not be enough time to save everything and close all the supporting windows (from doing research) before it goes dark.

So it looks like it's time for a new laptop.

I can't complain. I've had this computer for four years. It's missing the "Y" key from where the cat pulled it off last year (when I was lifting him off the keyboard). It's coated with dust and pet fur. The screen is a bit scratched. Yet through it all, it's chugged on, faithfully and mostly without fuss. It's seen me through endless columns and articles, blog entries and solitaire games. It cost me $400 and I really can't argue that I haven't gotten my money's worth.

So I'll be ordering a new Dell tomorrow, specifically a Dell Inspiron 1545. It's cheap and has no fancy bells and whistles (which, let's face it, I have absolutely no need for). I can't beat the price either. 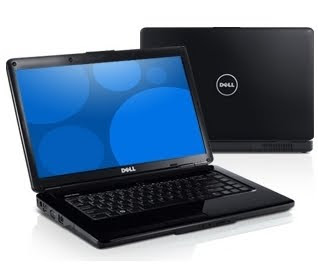 It's annoying to have to break in a new computer and get it to where I need it to be. But as my husband so wisely points out, this computer makes us money. It's how I bring in income writing. It's a tool, and sometimes tools need to be replaced.

And one thing's for sure: it underscores the critical importance of backing up one's computer. The last computer I had died - unexpectedly and completely - and totally without warning. If I hadn't had a full-scale backup from two weeks prior, I would have lost a tremendous amount of data and a whole lotta writing. In short, I would have been devastated. As it was, it turned into merely an annoying glitch because we had the backup that my husband was able to load onto the new computer.

So folks, back up your computers. External hard drives are cheap at Costco and worth their weight in gold if your computer suddenly dies. I do a full-scale backup every week, specifically Sunday mornings before we leave for church. Trust me when I say it will save your fanny.
Posted by Patrice Lewis at 10:27 PM