Both girls are down with the stomach flu, so I spent the day putzying around the house getting stuff done while I made dry toast and cleaned up puke and did all the stuff moms do with el-sicko kids. Fortunately I think they're both on the mend.

Chilly this morning - 28 degrees. Glad I haven't planted much in the garden yet. 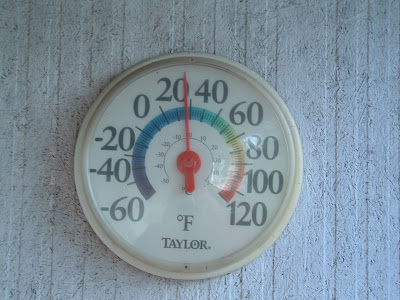 Enough putting it off. Gotta do something with all that milk piling up in the fridge. Put two gallons on the stove for cheese and had three gallons left over. The box has seed potatoes in it. The green bucket has this morning's milk, as yet unstrained. 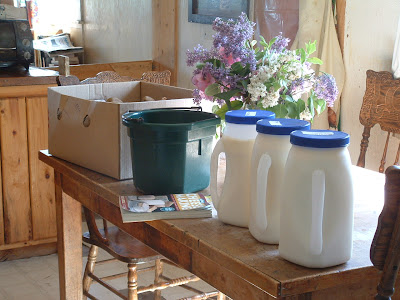 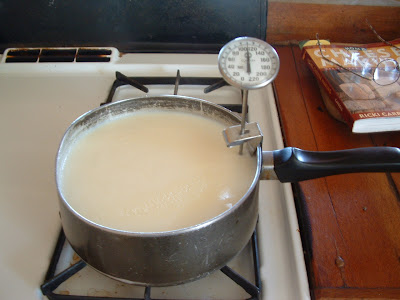 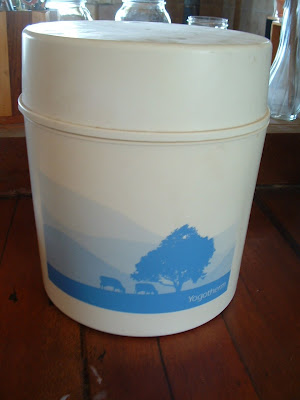 Cut up 45 lbs. of potatoes for seed potatoes. Here they're spread on the table to let the cut sides air-dry for a day. I'm hoping to plant by tomorrow since we have weather moving in after that. 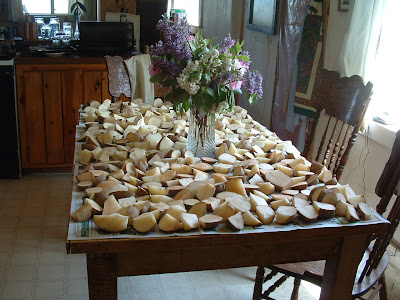 Caught up on all the laundry. 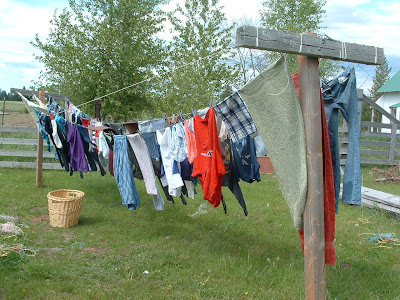 I hang whites on the drying racks even in summer because it's so much easier than clipping each and every sock and pair of undies to the clothesline. Make a note: buy extra clothes pins as part of our preparedness supplies. 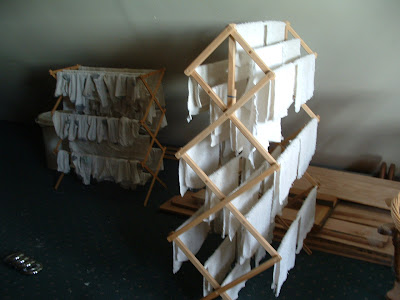 We have a family of starlings nesting in a hole in the side of our house. By sheer coincidence it's in the wall of my office, so I've been listening to the sounds of chicks making chick-noises for weeks now. I'll be glad when they're raised.

Here's one of the babies: 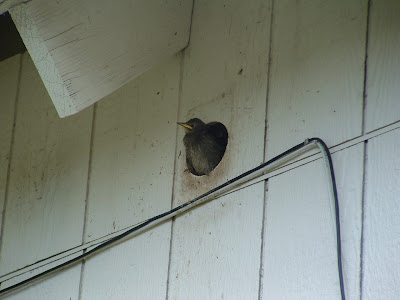 Here's the mama, about to feed. To get this shot I crouched inside our greenhouse and mostly closed the door (hence the odd-looking stuff around the edges) because otherwise mama wouldn't come near the hole with me standing there trying to take a picture. I'm actually rather pleased with this shot. 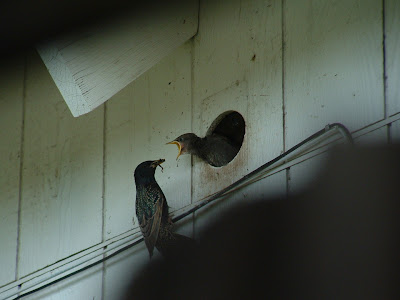 Mowed the lawn, which was looking decidedly shaggy. Before: 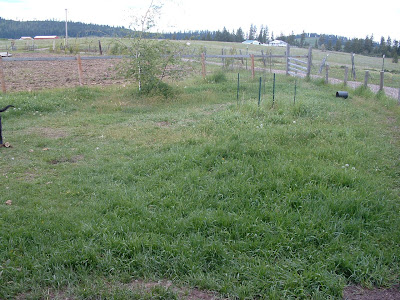 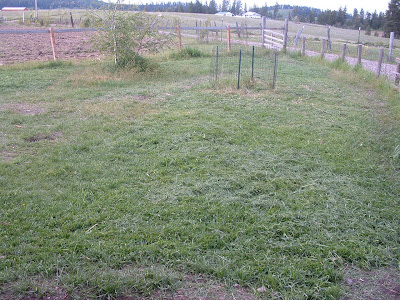 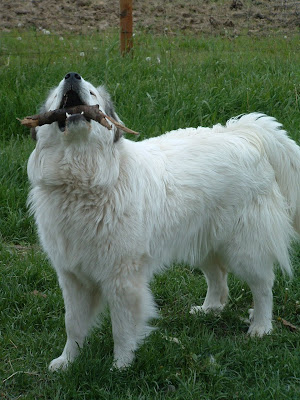 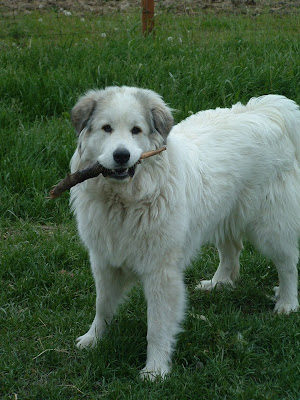 Posted by Patrice Lewis at 9:45 PM