We needed to get the chicks out of the house. They had seriously outgrown their box, plus they STINK. 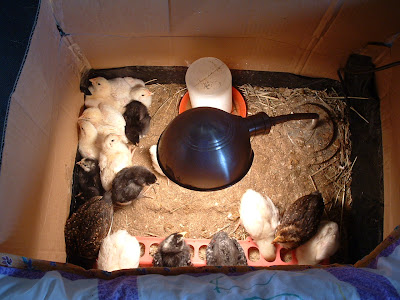 I've been reluctant to move them outside into the chicken coop because the weather has been chilly or windy or otherwise unsuitable for vulnerable baby chicks. After last week's windstorm and cold temperatures, we brought the chicks' box downstairs and put it next to the woodstove to keep them warm. Somehow that's where they stayed. But they STINK.

So, as fascinating as they were to neighbor children, it was time to get them out of the house. They've feathered out a bit plus the weather is finally getting spring-like. So it was time to move them outside. Because, frankly, they STINK. 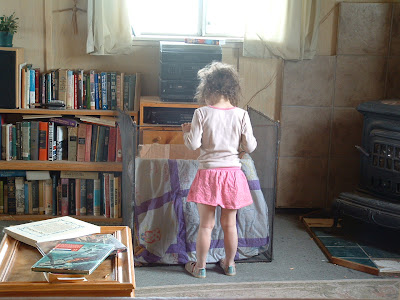 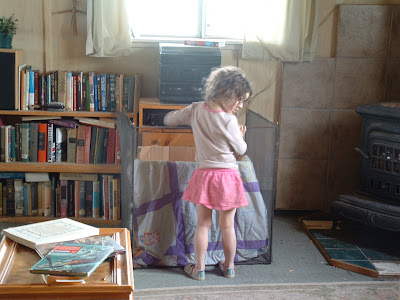 But first I had to line the pen inside the coop with chicken wire, or else the chicks could slide right through the bars. 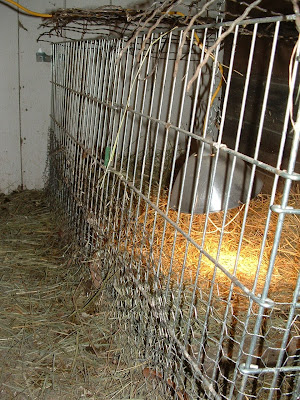 The box was pretty heavy, what with all the caked hay and feces and moisture from the last two weeks. So I put it in the garden cart to tote the chicks over to the coop. 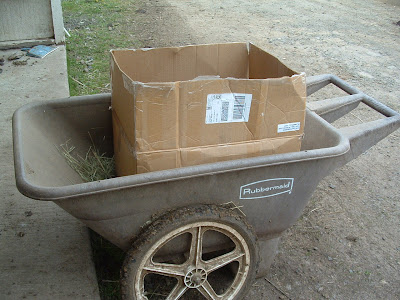 The chicks were not amused by the earthquakes hitting their limited little world. 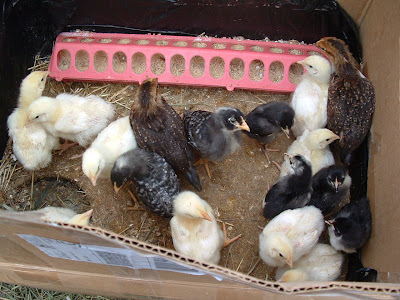 But once I put them in their spacious pen lined with fresh hay and put a heat lamp over them, oh my were they pleased! 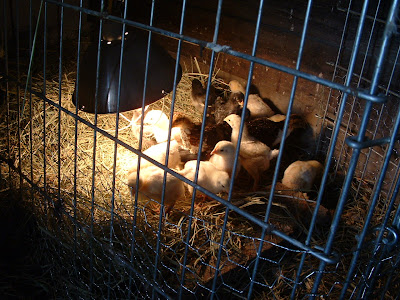 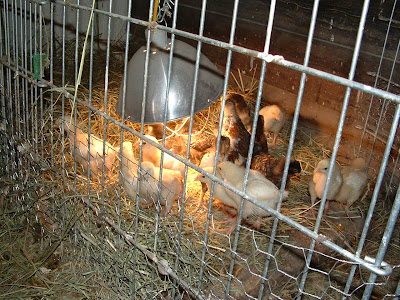 They're running around flapping their wings, able to stretch and run for the first time now that they have the room. 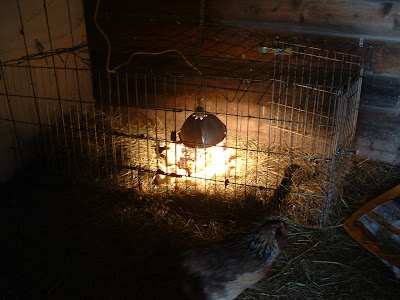 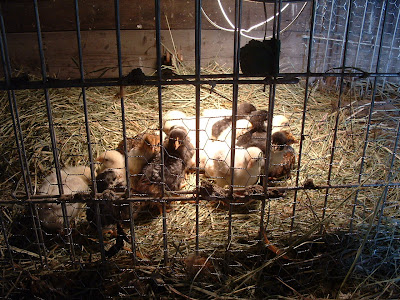 Posted by Patrice Lewis at 6:31 AM