This is Matilda's new milking stall. Don made it for me after my sweet gentle Matilda went on a nasty-tempered bender and wouldn't let me milk her. She would dance her hind quarters around and kick her back right leg with abandon, making milking now only frustrating but dangerous. No more! 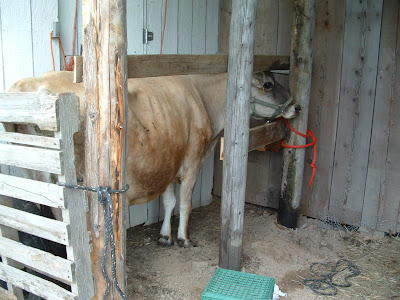 She's tied at the head, with a feed box that has a bit of grain in it to give her incentive to go inside. 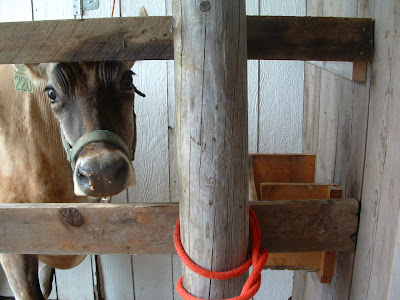 For the moment, I'm using old tires as "spacers" to keep her closer to my side. 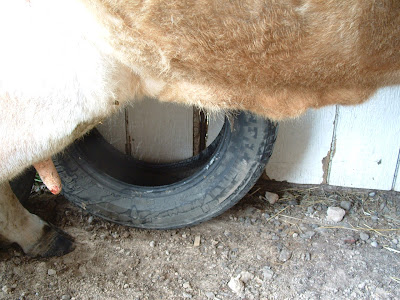 My favorite part: a hobble on the leg that kicked. 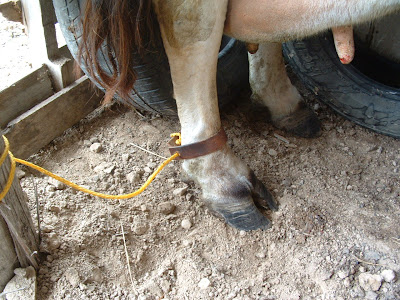 We're still working on tweaks here and there, but for now this new stall makes milking 100% easier. I no longer have to dread milking. Once again it's the enjoyable chore I've always found it to be. Thanks, Don!

To Matilda's credit, she doesn't struggle while in the stall. She doesn't fight being tied at the head, nor does she argue with the hobble on her leg. Gee, it's almost as if...she knows she's defeated.